This essay from Where the Leaves Fall #10 has been selected for Saving Seed - an OmVed Gardens exhibition. #SavingSeedByOmVed

Aside from a handful of research stations and field camps dotted among the ice and snow of Antarctica, the continent remains one of the world’s last unspoilt natural beauties. The Antarctic is an exceptional part of the world - not just for its outstanding beauty, wildlife and scenery, but also due to the unique way the continent has been completely protected under the Antarctic Treaty.

However, we can already see the influence of a changing climate in Antarctica. Parts of the Antarctic Peninsula have recorded a temperature increase of 2.8C in nearly 60 years, a rate almost triple that of the global average.

British Antarctic Survey runs five research stations in and around Antarctica, including Halley Research Station where the hole in the ozone layer was discovered in 1985. Rothera Research Station, the largest, is situated just south of the Antarctic Circle. The station has been operating since the 1970s, helping scientists study every aspect of Antarctica’s environment - from examining the tiny krill in the surrounding waters to watching the skies for meteorites. The station is open year-round, with a small team of around 30 people continuing scientific research even in 24 hour darkness. Rothera has also been my home, on and off, for the last five years, where I have been working as a meteorologist, maintaining the long-term record of climate in the region.

While the technology and sophistication of equipment used to monitor the weather has changed since the early days of the Antarctic meteorologist, the main role of recording the weather has changed very little. The first job of the day for the station meteorologist is to launch the radiosonde. Suspended from a helium-filled weather balloon the radiosonde is a small electronic device that records how the atmosphere changes as the balloon ascends through the sky. Information collected about temperature, humidity and wind speed is useful not just to the forecasters looking at today’s weather but also for researchers hunting for information about the changing climate.

The winter just gone was the windiest and snowiest of the three winters I’ve spent at Rothera. Although we can’t label any one season as being the result of climate change, it does give us an indication of the types of weather the Peninsula could see in the future. A band of strong westerly winds encircles the Antarctic and a recent study by scientists found a link between a warming climate and a southward migration of this band of winds. Stronger winds dragging warmer air in from the north could lead to heavier snowfall events along the Peninsula.

Changing wind patterns are not just an issue for Antarctica. These winds are a critical component in the way that gases such as carbon dioxide are transferred between the atmosphere and the oceans. Carbon dioxide is a potent greenhouse gas and as such these changes have the potential to have global significance. Strengthening winds could also make the formation of sea ice more difficult, which would have knock-on impacts on phytoplankton blooms and the global oceanic circulation.

Understanding how the world is changing is only possible thanks to long-term data monitoring, and the climate records made over many decades by meteorologists in Antarctica, and around the world, are just one part of the picture. By understanding the past we can try and limit the impact we have in the future. 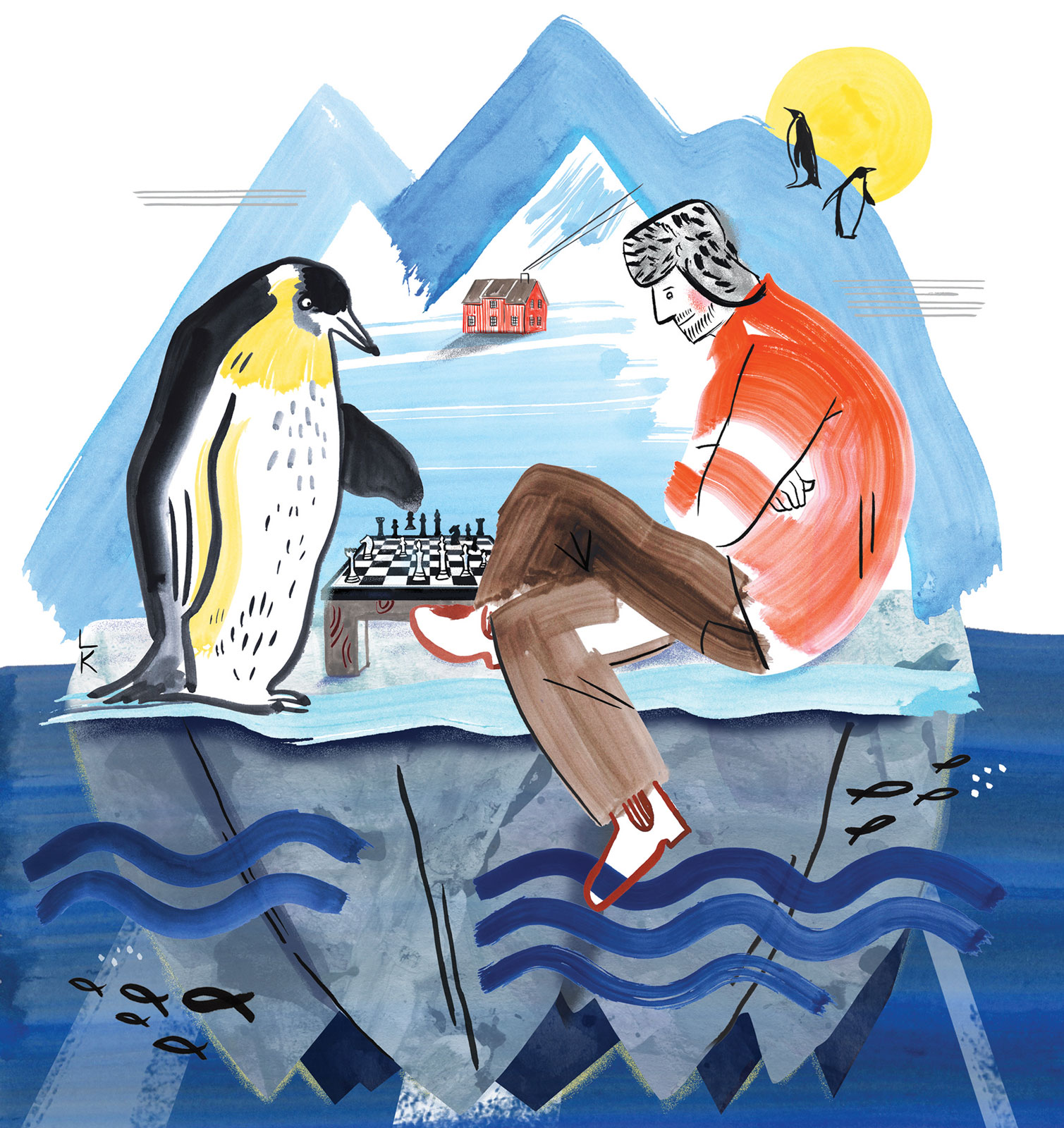 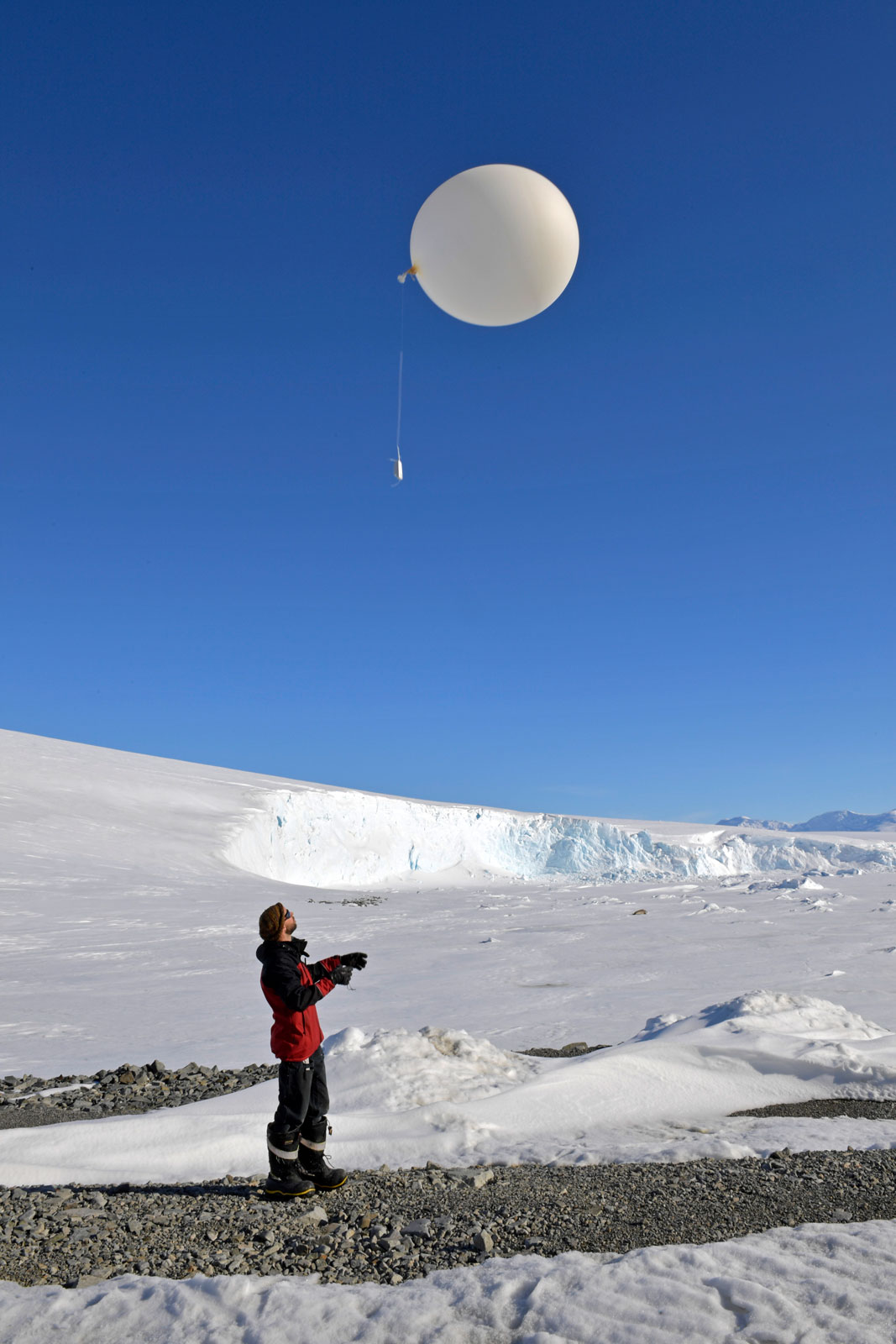 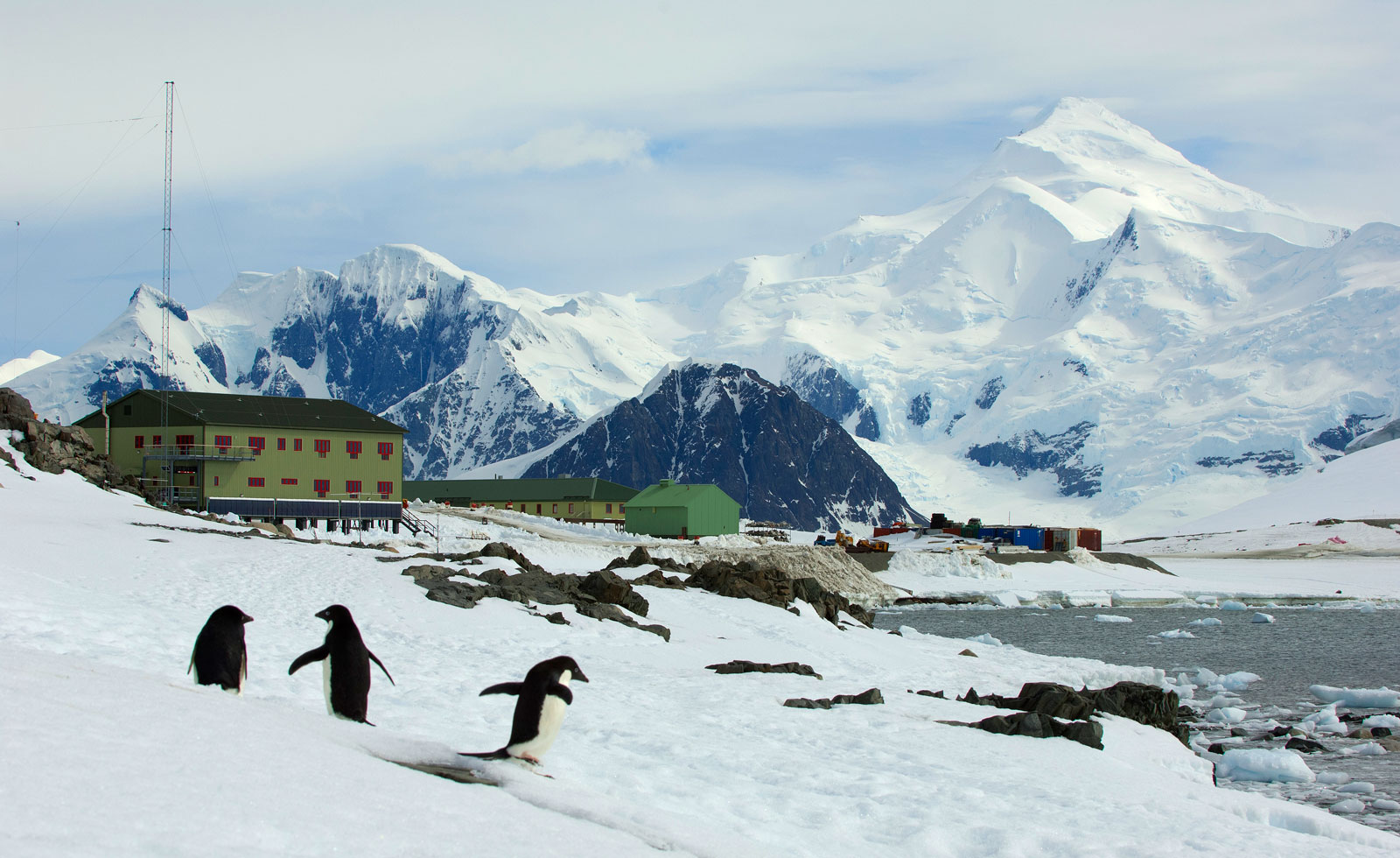 What Counts
Words by John Law and illustration by LĪga Kitchen 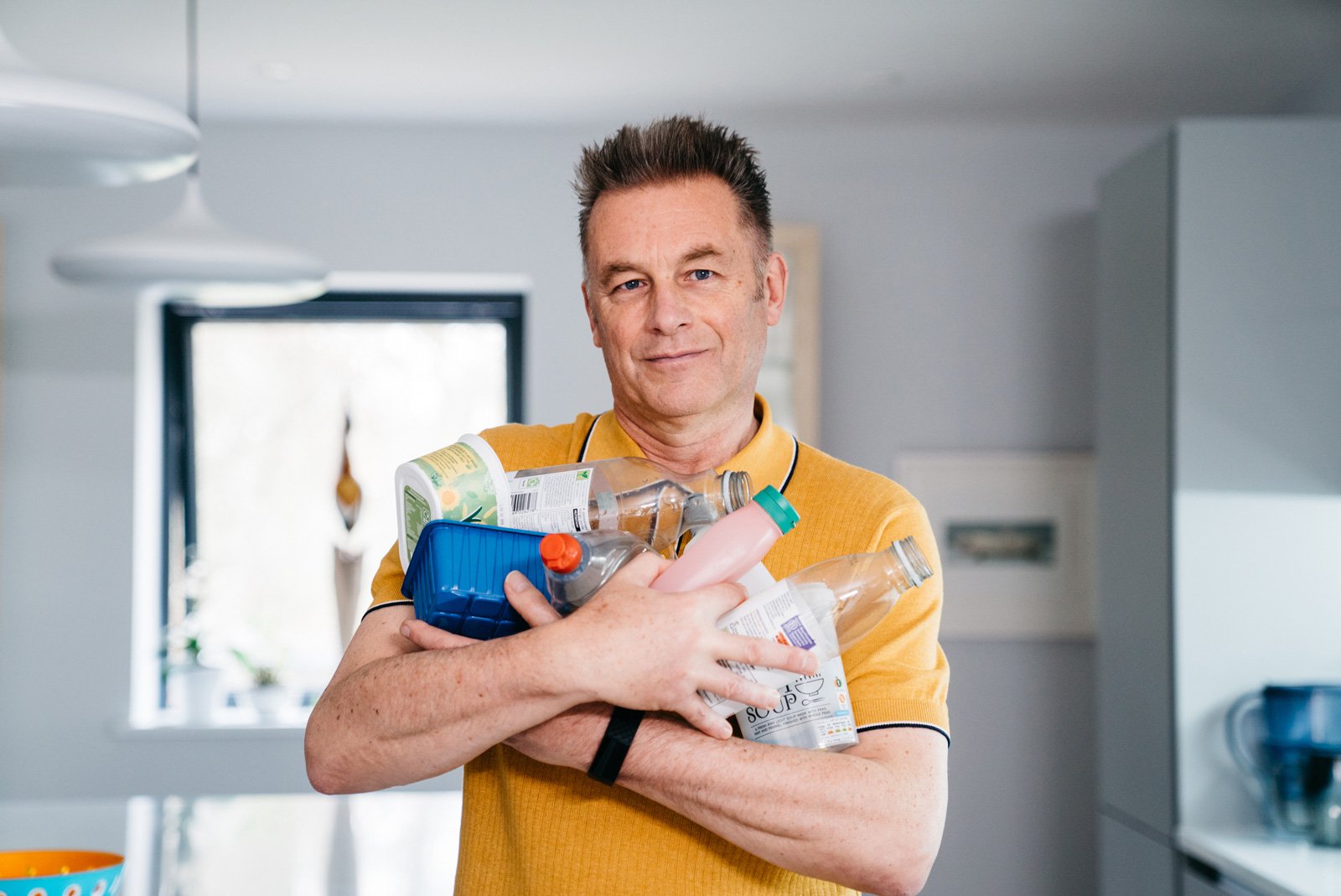 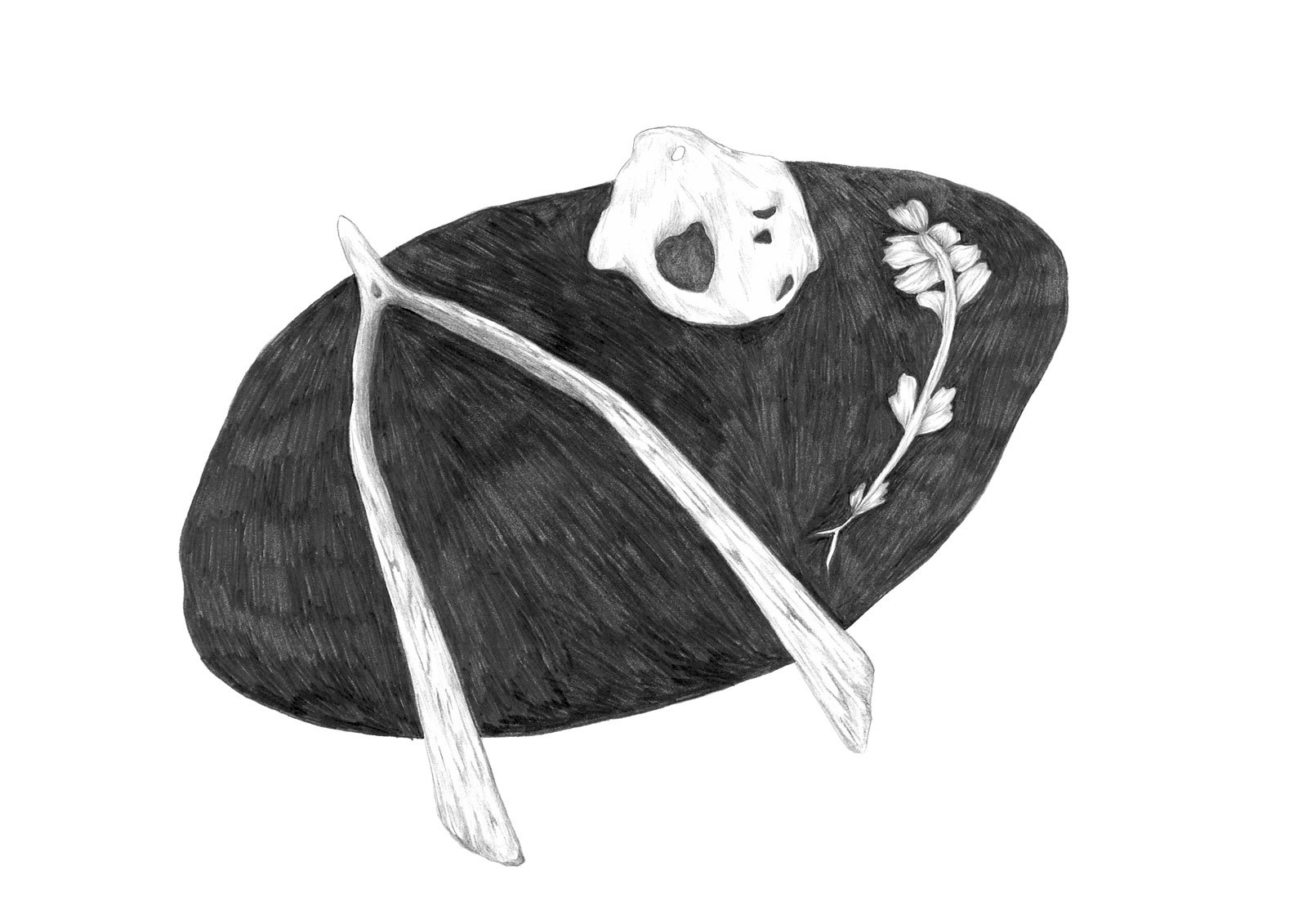