Sámi people have an ancient reciprocal relationship with reindeer and the landscapes of the European Arctic. Against the backdrop of a warming world and the spectre of “green colonialism”, their way of life is under threat.

There are many myths about how the reindeer and the Sámi people formed such a close bond. Some say the reindeer were given to the Sámi people by the sun. Others say that a reindeer god made the whole Arctic landscape, giving its blood for rivers, its fur for grass, and its eyes for the stars. Others still tell a story of a daring quest to the land of the stone giants, a romance, and a herd of reindeer as a dowry from the giants.

Reindeer herder Nils Peder Gaup describes a powerful tale about a reindeer that approached a Sámi man and asked for his protection. A partnership was formed. For centuries, Sámi people have guarded the reindeer from predators and ensured they have enough to eat. In return, the Sámi have received the reindeer’s gifts of furs, meat, and bones, utilising them for warmth, food, and art. This is a simple story, but it is powerful because it undermines western historical, anthropological, and scientific tropes about human beings “taming” wild animals; instead, Sámi culture is based on human-nonhuman reciprocity and interdependence.

Reindeer herding is the beating heart of Sápmi, the Sámi cultural region, which covers much of the northernmost parts of Norway, Sweden, and Finland, as well as part of Russia. Centuries-long colonial campaigns have attempted to portray these landscapes as empty, pristine wildernesses. This carefully constructed fantasy has allowed successive generations of rulers and settlers to plunder Sápmi for its so-called resources, including oil, minerals, and timber. But in reality, the Sámi have been living in and managing the European Arctic for centuries. The land is truly neither empty nor wild. People and reindeer weave a delicate balance across the Arctic’s diverse ecosystems.

Sámi people are still living with the scars of racism and discrimination faced across the region for many years. The governments of Norway, Sweden, and Finland have each previously implemented cultural assimilation programmes, actively attempting to erase Sámi languages and cultural practices, forcing members of Sámi communities to relocate, to give up their livelihoods, and to adopt western styles of living and worshipping. Although these programmes were rescinded a matter of decades ago, Sámi people continue to feel the damage. Nordic governments and societies are only recently beginning to recognise and atone for the years of state-sanctioned racism; meanwhile, prejudice and discrimination against Sámi people and ways of life are still common.

In Norway, for example, although reindeer herders receive some state support, there is also an overriding narrative that reindeer herding is bad for the ecosystems of Sápmi. Some argue that, much like the deer kept on Scotland’s highlands, reindeer are overgrazing the tundra, causing damage and preventing new trees from growing. On the face of it, from a sub-Arctic perspective, this seems like a cogent argument. Rewilding is seen by many as a possible means of stemming the tide of the climate crisis. In many places across the world, the regeneration of forests is seen as a positive step towards reparation; we all know of the ability of trees to extract carbon dioxide from the atmosphere.

But Sápmi is not the same as Scotland. The Arctic is warming four times faster than the rest of the planet and the treeline is creeping northwards. Sápmi is, or should be, snow-covered for much of the year. The snow reflects the sun’s heat, creating cycles of cool air. Trees, however, interrupt the sparkling white landscapes with dark patches. These absorb the sun’s heat, melting the surrounding snow and contributing to the warming climate on both local and global scales. This has a double impact in the Arctic because if the permafrost begins to melt, ancient repositories of methane and other atmospheric gases are released, to devastating effect. Reindeer herding is a light-touch way of keeping the tundra and the permafrost intact, practiced by people who have held a reciprocal and intimate relationship with this landscape for centuries. 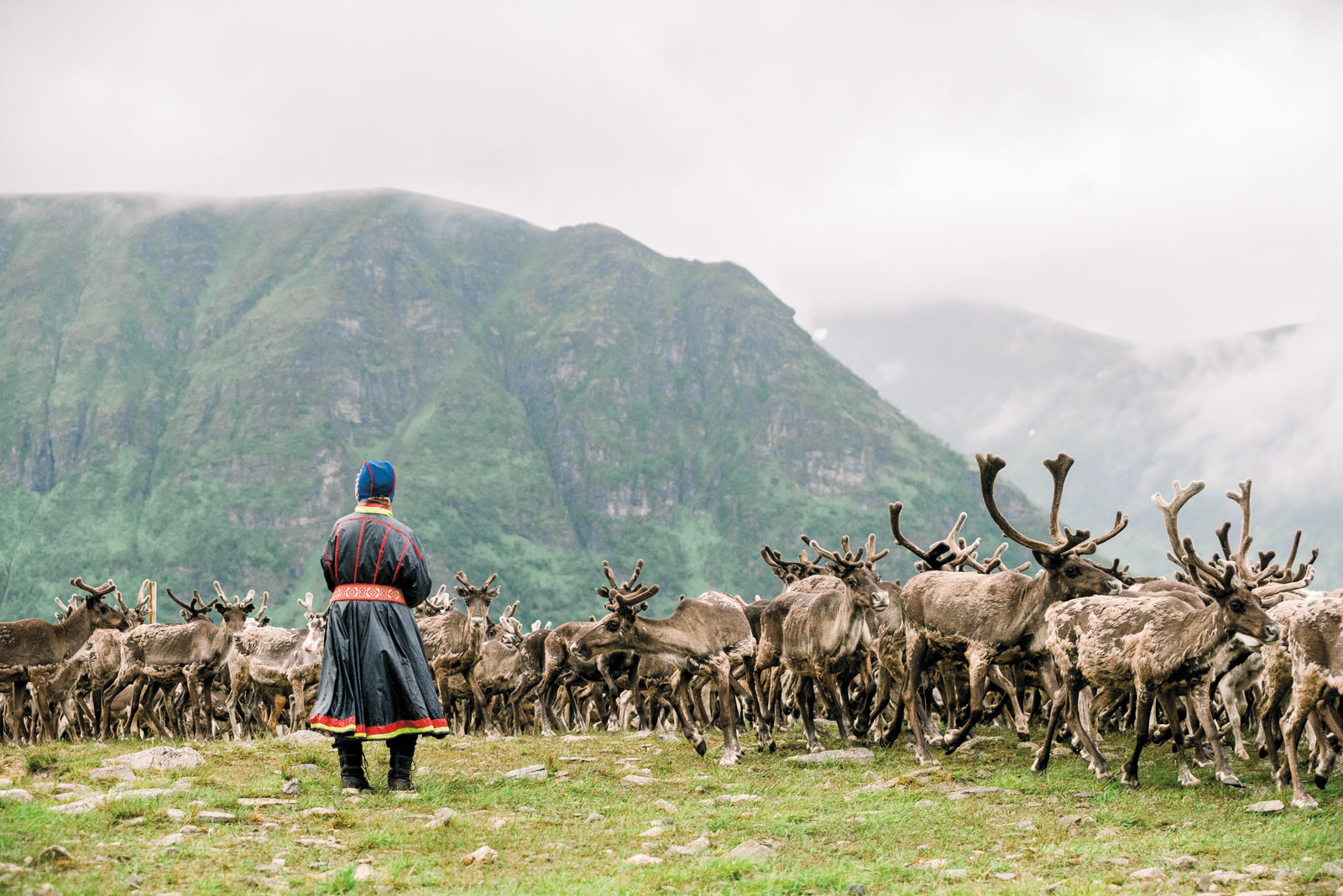 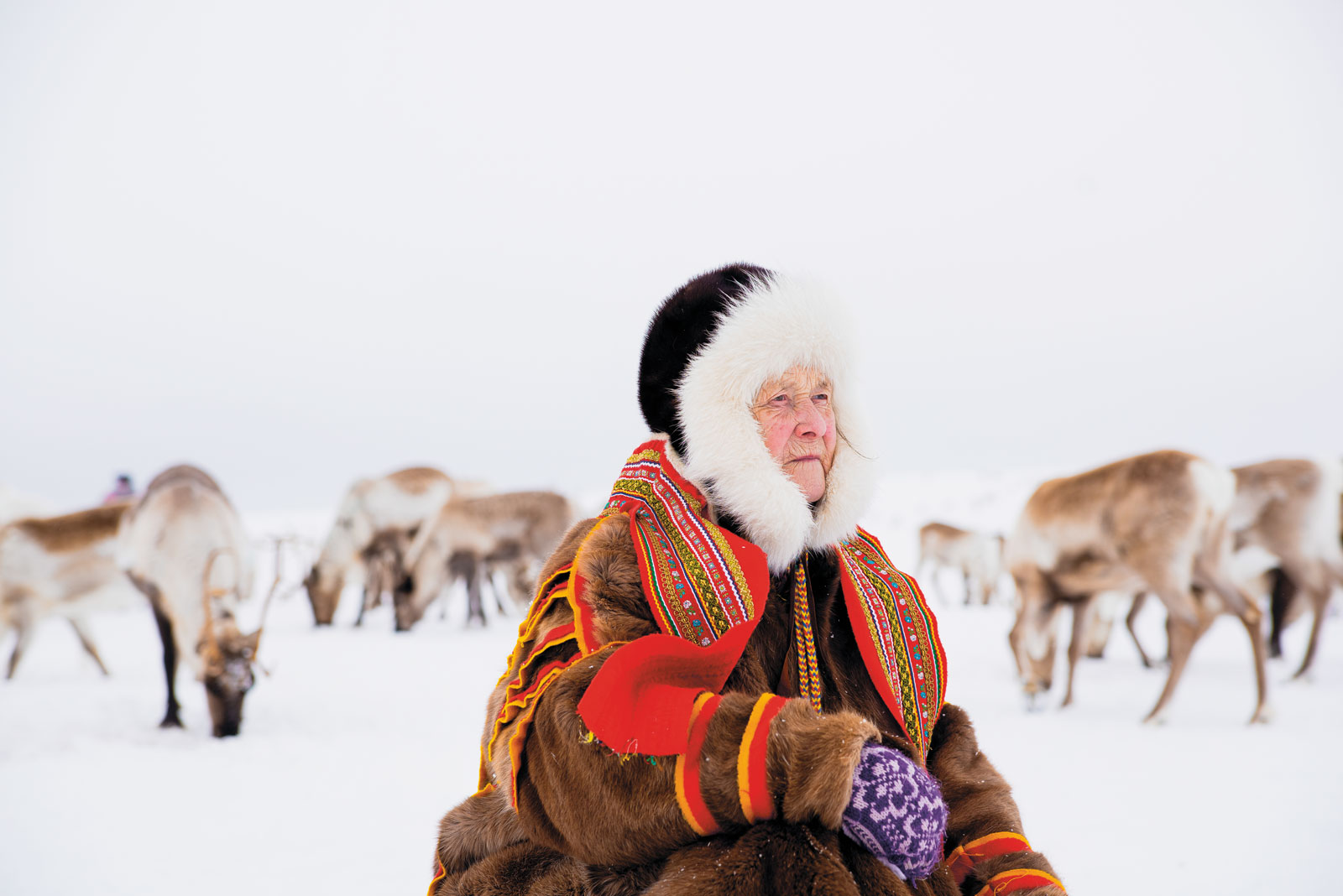 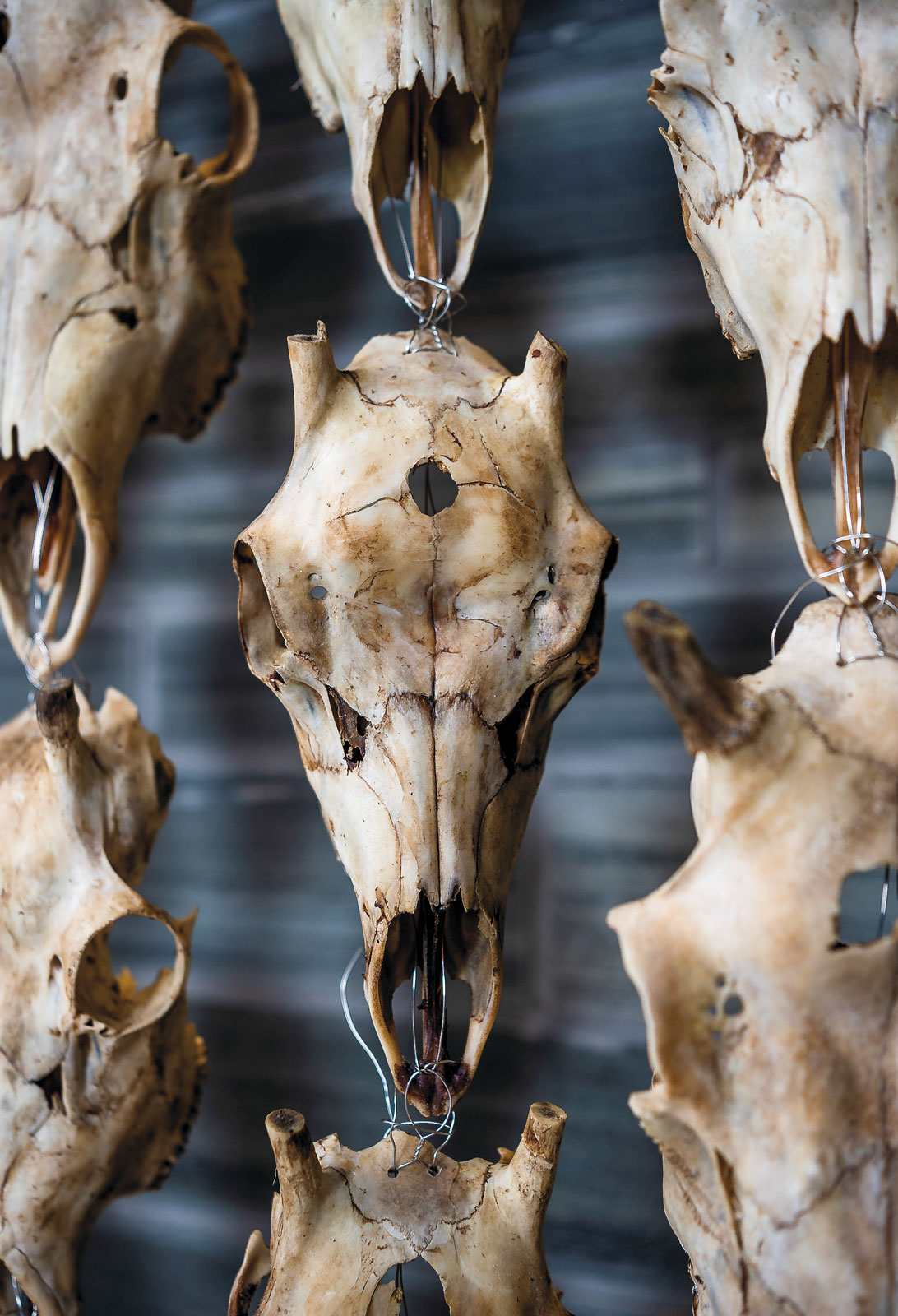 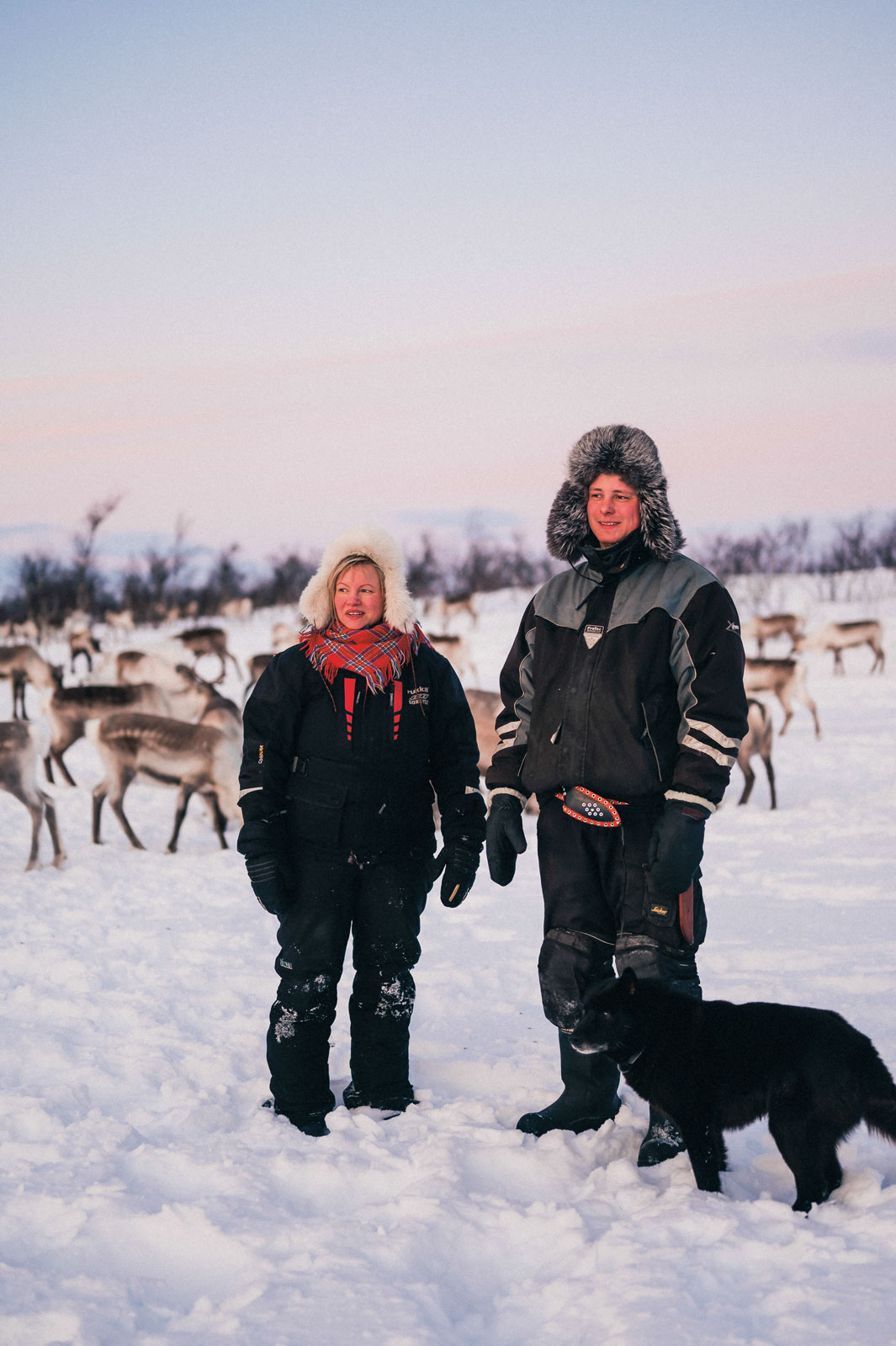 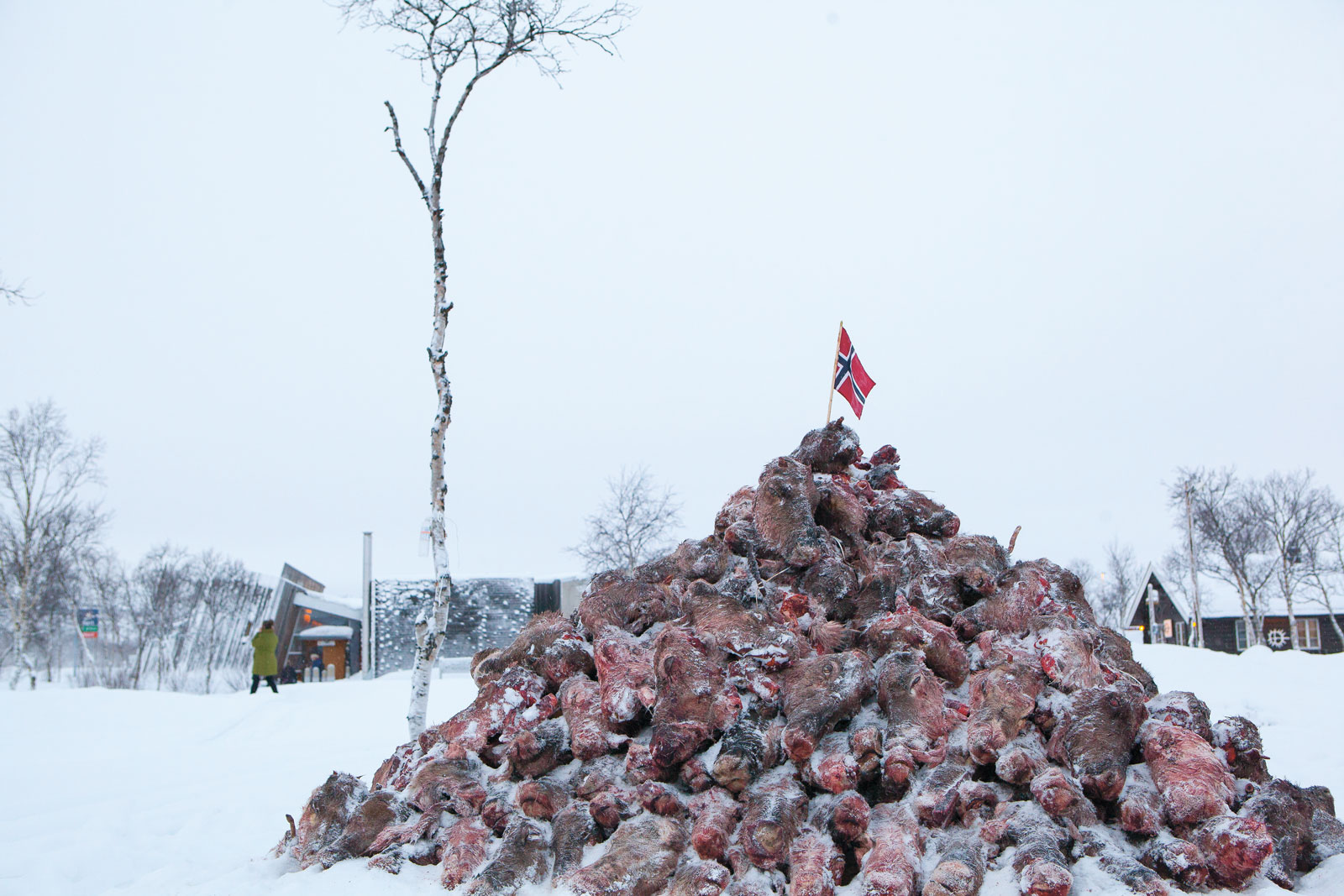 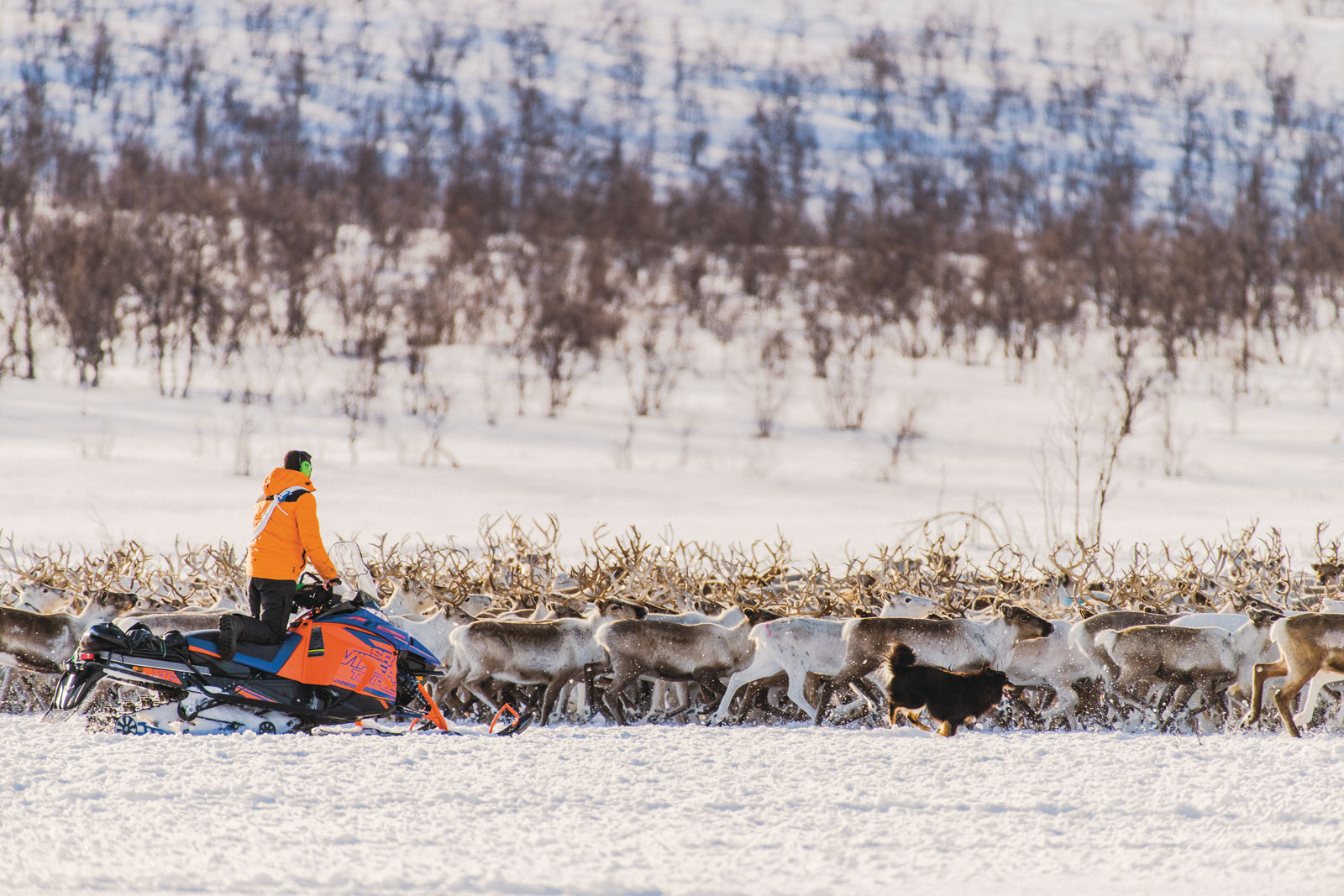 Girl in her gákti, part of the traditional clothing worn by Sámi people while herding reindeer. 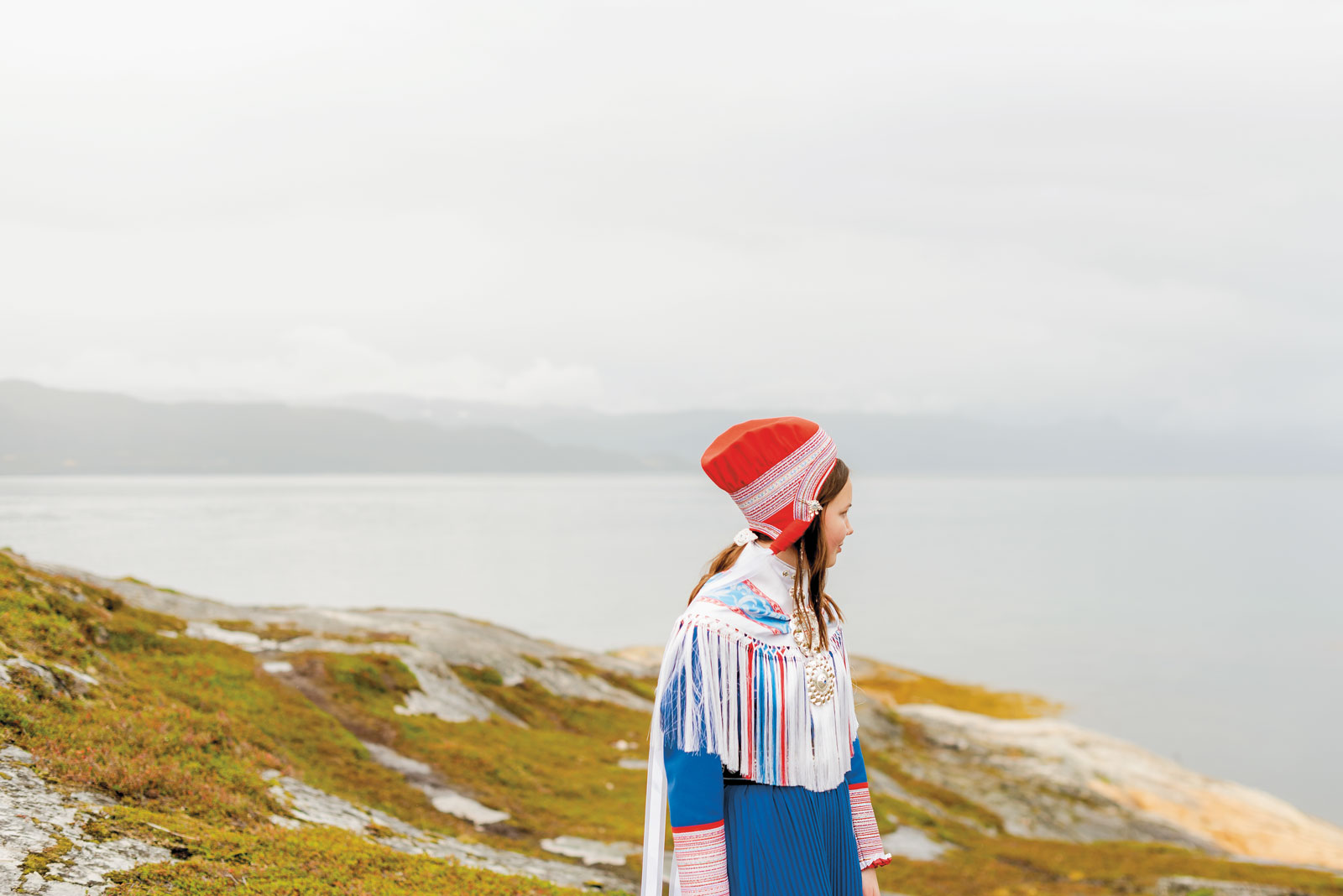 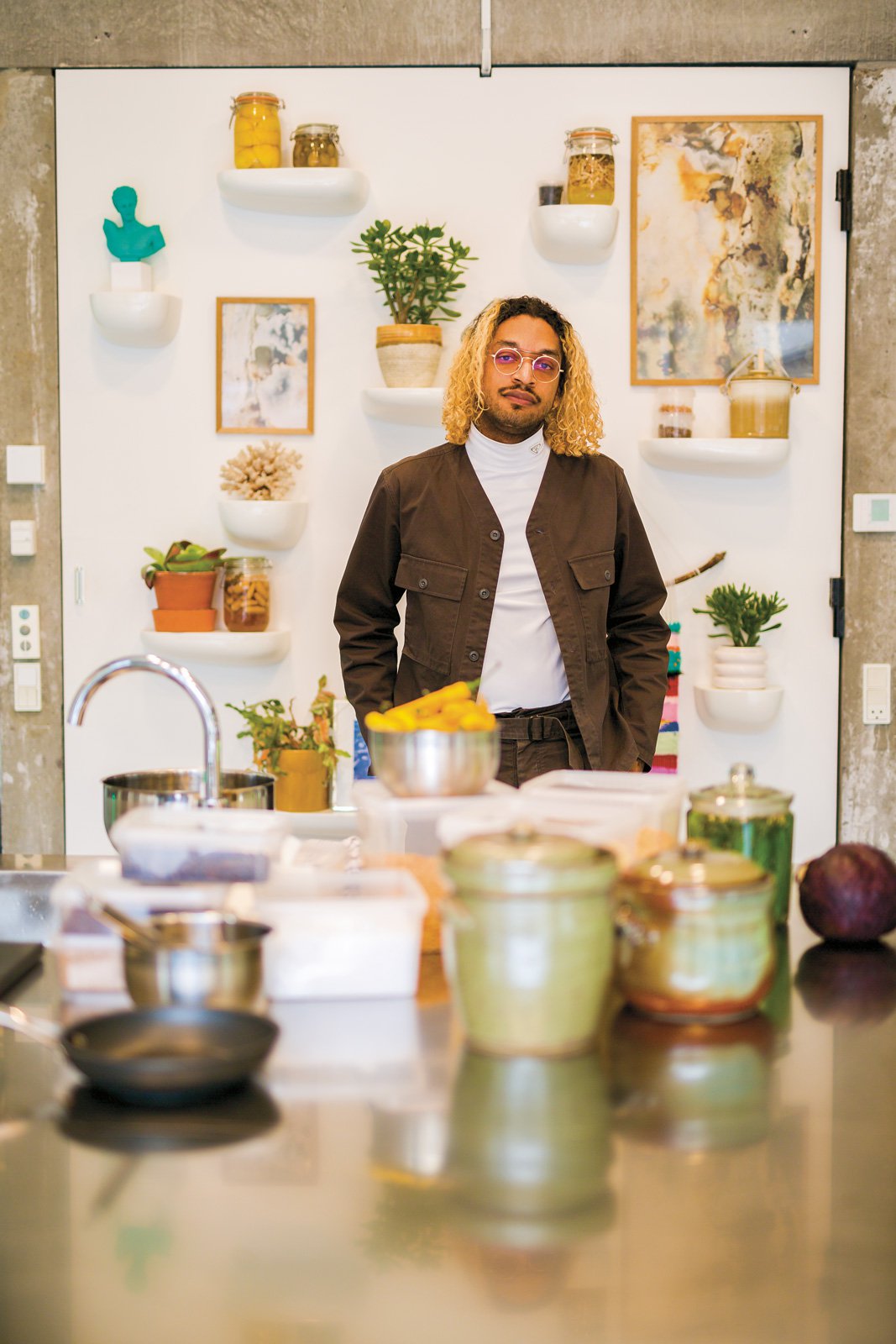 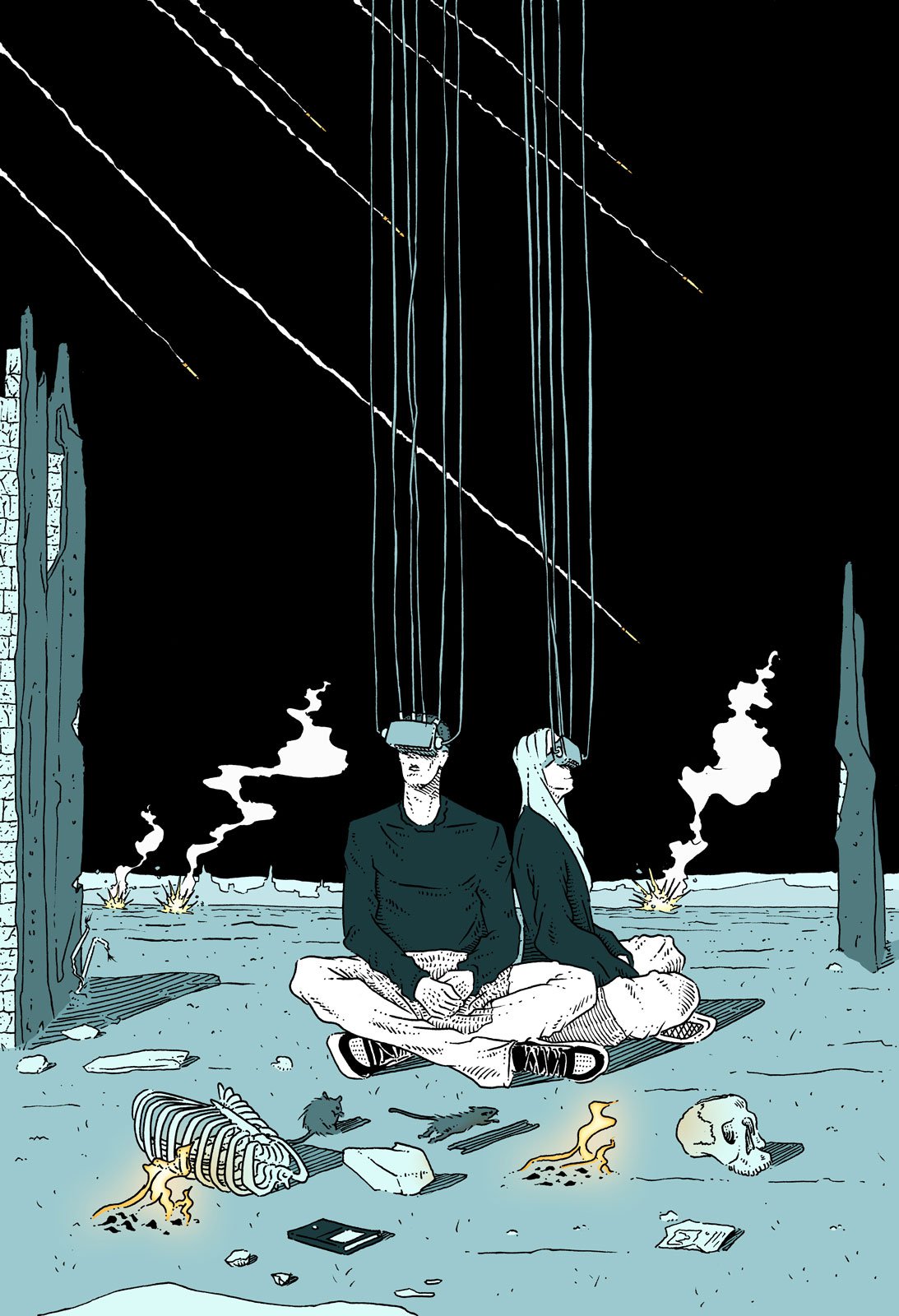