The natural world can teach us much about persistence, simplicity, and wellness.

Tinctures are extracts of concentrated phytochemicals preserved in alcohol, and are often referred to in herbalism as "medicine". My first homemade tincture was of mugwort - a witchy herb with a magical, myth-filled past. Mugwort garlands have protected travelling warriors, sachets of leaves invoke lucid dreams, and it’s a principal ingredient in love potions. For my concoction, I bought several ounces of fluffy dried leaves and stems - known as aerial parts. After weeks of patiently waiting while alchemy happened, I opened the lid to a nearly-black liquid and tasted some drops. It was plant kingdom perfume - an elating recipe of centuries of wisdom, power, and the flavour of my future.

The next day, I walked out of my Brooklyn apartment and met a mugwort patch growing in my entryway sidewalk. An early experience on the plant path is the realisation that we are surrounded. Plant identification with the intent of making medicine, foraging a meal, or simply better knowing our neighbours, can profoundly change how we see the world. It becomes impossible to take a walk without running into those we know, even in the urban jungles of the world’s cities. Mugwort, for example, is a relentless and rapid grower that gardeners often consider an invasive weed. To a herbalist though, its silver-underbellied leaves are a beneficially bitter digestive remedy: it is burned to promote healing in acupuncture, and preceded hops for beer.

Nearly year round,though especially in spring, wild spinach leaps from sidewalk boxes, the delicate towers of triangular,toothed leaves enticing a knowing eye to recognise free lunch. Lamb’s quarters is an annual, best eaten before it bolts into flowers and seeds, which will make it more bitter. Within walking distance might be other soft salad greens like dandelion, plantain, dead nettle, and garlic mustard. Summer arrives with star-shaped cleavers tendrilling out on the breeze and velcroing themselves to passing knees. Uncleave the catchy fingers and use its tea ortincture as a gentle diuretic remedy known for treating lymph, nervous system, and kidney needs.

Nearby, fuzzy mullein rosettes rocket to the sky and flower into a firework of cupped yellow petals on pistachio-coloured stalks. Mullein is one of herbalism’s favorites for lung health as its internal slippery sliminess - its mucilage - is excellent for soothing soft tissues inside and out. Half a block from the mullein family, in a small playground erupting with life, is a speckle of shade I once attempted to nap in, only to be woken by what I thought was rain. The soft bouncing drops turned out to be mulberries. Morus alba is a tree with medicinal leaves, bark, and berries. Traditional Chinese medicine embraces it for treating dry coughs, dryness, tension headaches and irritability.

While carrying the haul home, I noticed that my mugwort friend had been mowed to the ground. When actual rain arrives in the first true storm of autumn, it brings catastrophe to the sidewalks as a confetti of crepe-paper-leaves and exploded chestnuts. Horse chestnut is inedible, but its seed extract is used to treat the vascular system, and can be used as a topical oil for varicose veins and bruising. Next to that excitement, fields of chattering blue violet vines peek through fence posts. This edible green’s leaves and flowers are also used for cooling the body and clearing inflammation and energetic congestion. Most of nature is undeterred by barriers and congregations of roses are particularly intrepid.

Persisting through snow and freeze,rose hips are a favoured form of vitamin C. Mash them into cocktails or jams, brew as a tart tea, or dry to powder for a superfood ingredient. More immune to chill than many is the spritely chicory, which offers a pleasant, periwinkle face amid the otherwise fading days. Harvest the root any time frozen ground allows, and turn itinto tea, digestive bitters, or a coffee substitute - you can also add dandelion root and burdock. Despite nearly any weather, or growing conditions, the plantain that was salad material in the spring has become fatter and more fibrous, making it sturdy enough to serve well as a plant-based poultice.

Simply chew the leaf a few times to break down cell walls that contain healing properties, and then apply to bites, stings, or wounds. Like a foraged bandage that’s also edible, there’s an ingenuity in herbalism that reflects plants’ and our ability to adapt and thrive. By acquainting ourselves with the natural world, we open ourselves to wise teachings about persistence, simplicity, and innate wellness mechanisms that resemble the way morning glory spirals through barbed wire into the sky; or mugwort stems that, year after year, sneak out of the thawing soil as winter wanes 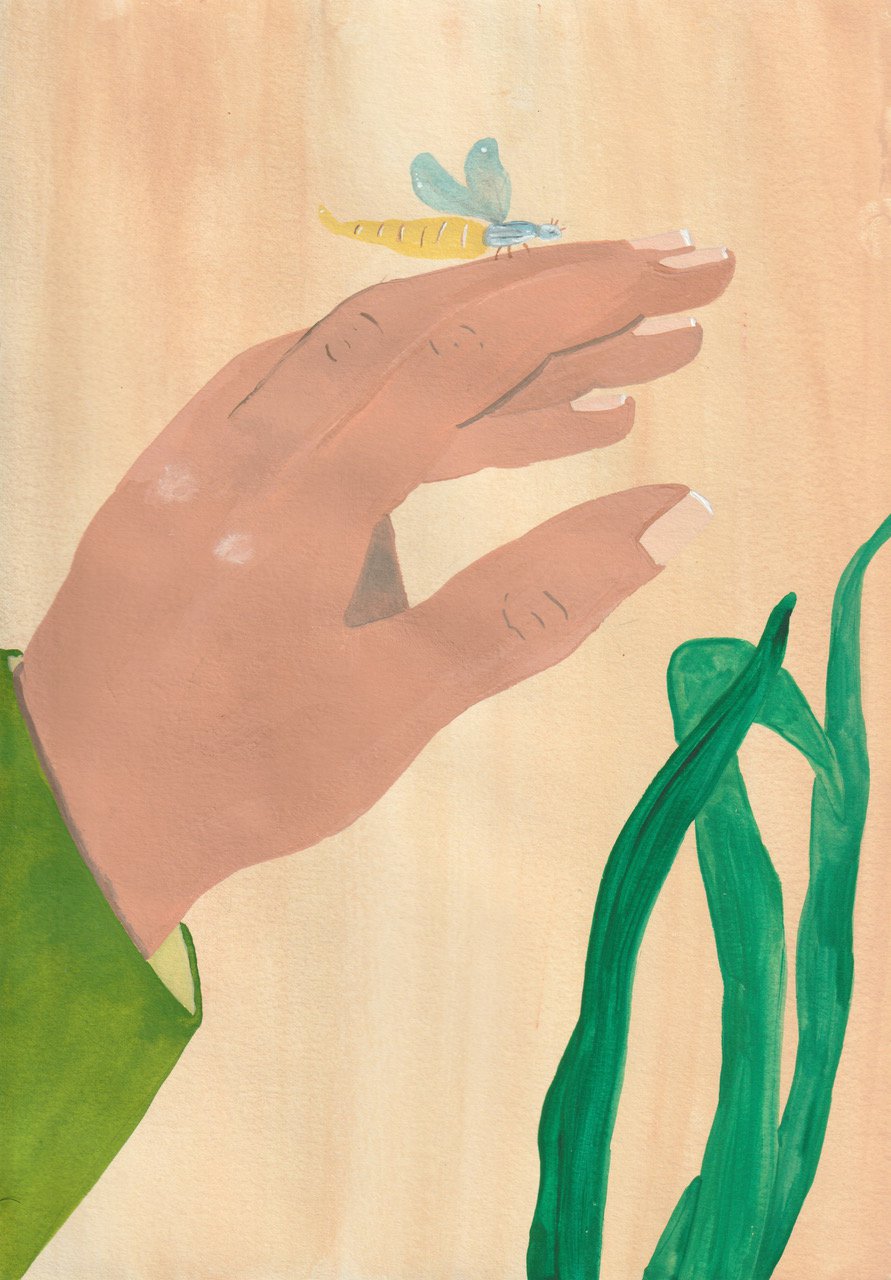 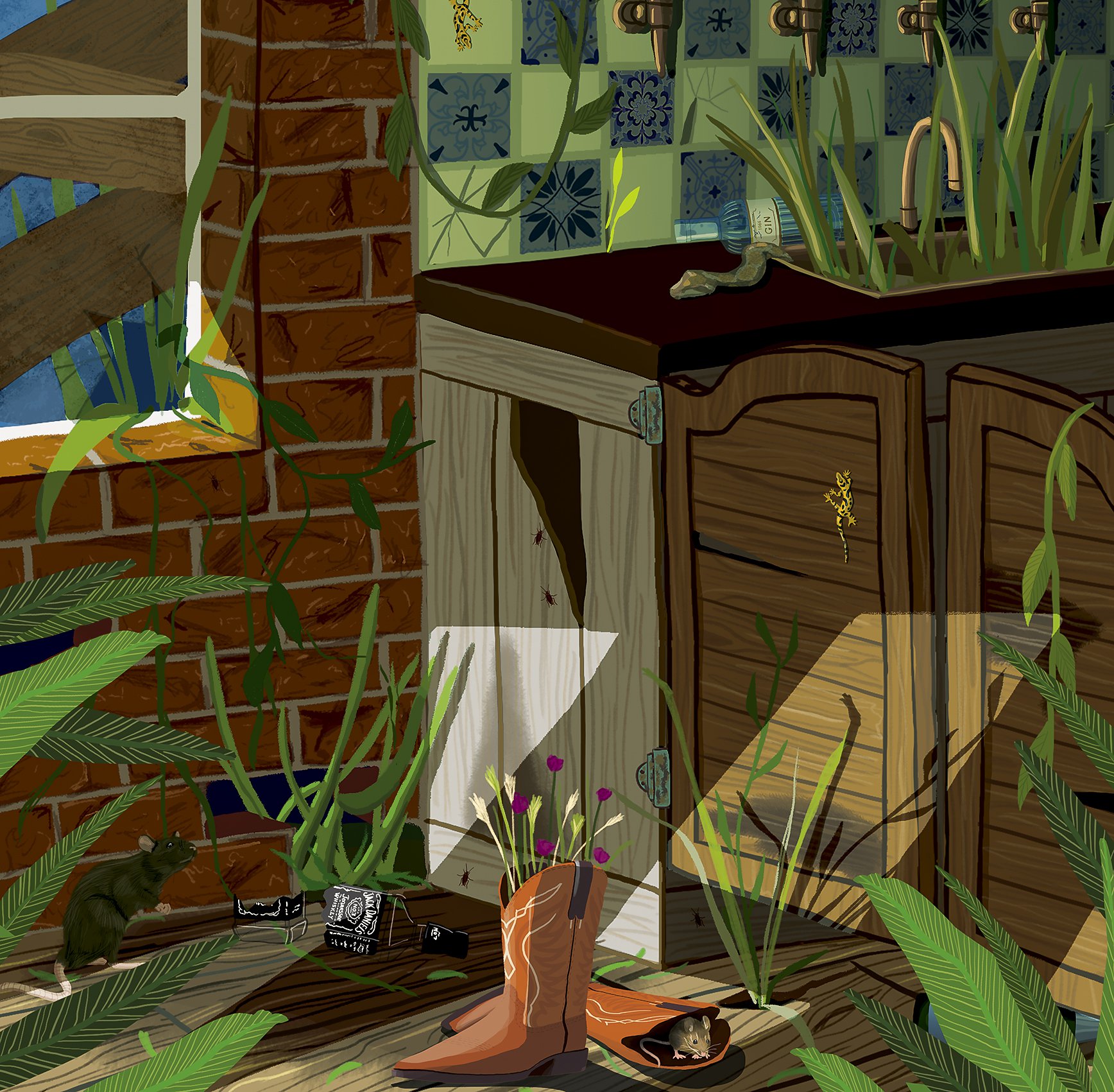