An interview with Julia Watson
by Chris King

Designer and author Julia Watson describes the things she saw during a recent trip to Beira, Mozambique, as “the future of climate change”. A provincial capital on the shores of the Indian Ocean, and the fourth largest port in Africa, Beira was devastated by Cyclone Idai in March 2019. One year on and the city has yet to recover and rebuild.

Julia is the author of the book Lo– TEK Design by Radical Indigenism. She coined the term Lo-TEK - combining lo-tech and Traditional Environmental Knowledge (TEK) - to describe Indigenous technologies that she believes can be adopted more widely to mitigate climate change and build a resilient future.

Idai’s impact on Beira is a warning for other coastlines over the next 15 years, she thinks. Like so many cities across the globe, Beira was no stranger to extreme weather, but Idai was on a greater scale of magnitude. All around the world, extreme weather events are becoming bigger and more frequent, taking and destroying lives and homes.

The globalised industrial systems we rely on, from food to manufacturing, are considered to be highly efficient - if you don’t factor in little inconveniences like waste and other externalised costs- but they can only function within a very limited range of conditions. The just-in time approach taken to get food on the shelves, for example, means the slightest perturbation from these conditions and the systems can’t cope. There is no resilience built into them -something the spread of the Covid-19 virus has highlighted to ruinous effect. We urgently need to change this.

The good news is that we have all the knowledge and technologies we need. Traditional, Indigenous technologies- LoTEK - that communities across the globe have been using to sustain themselves for centuries, and which have largely been forgotten in Europe, offer the resilience we need and provide multifaceted responses to many of the crises we face - from sustainable food production to flood defences and carbon sequestration - and do so in a way that is symbiotic with their environment.

A view over the sacred Mahagiri rice terraces, a small portion of the one thousand year old agrarian system known as the subak, which is unique to the island of Bali, Indonesia.

Chris King: Can you tell us a little about yourself?

Julia Watson: I’m a formally trained architect, landscape architect, and urban designer, and am currently teaching urban design at the Harvard Graduate School of Design and Columbia University’s Graduate School of Architecture, Planning and Preservation. I started studying at the University of Queensland in Australia 20 years ago, and I did a course at that time called Aboriginal Environments.This is when I first got an inkling that there was something else out there that we weren’t really looking at, because of whatever lenses of understanding about the Indigenous world we carry with us. So I’ve had this interest in Indigenous tribes and Indigenous relationships to nature, on a global scale, for a while. I’ve also studied Indigenous spiritual landscapes and done a lot of spiritual pilgrimages around the world to explore our relationship to land and how Indigenous people conserve landscape, looking at the differences with, say, UNESCO World Heritage and the national park systems, which are very Western constructs.

C K: What is it about Indigenous technologies that intrigues you so much?

J W: One of the first realisations I had was that often these spiritual relationships to land were about conserving the natural resources in that ecosystem on which human survival is dependent. Then there are narratives and mythologies that are formed that overlay that fundamental relationship and reinforce an appreciation for those ecosystems. In this way they develop the respect or the understanding that these ecosytems are alive. Through my studies and teaching, I kept on coming across all these amazing ecosystem benefits that these systems - these sacred landscapes - had, and I feltthere was something more here that people weren’t exploring.

A young fisherman walks under a living root bridge at Mawlynnong village, India. In the relentless damp of Meghalaya’s jungles the Khasi people have used the trainable roots of rubber trees to grow jingkieng dieng jri (living root bridges) over rivers for centuries. 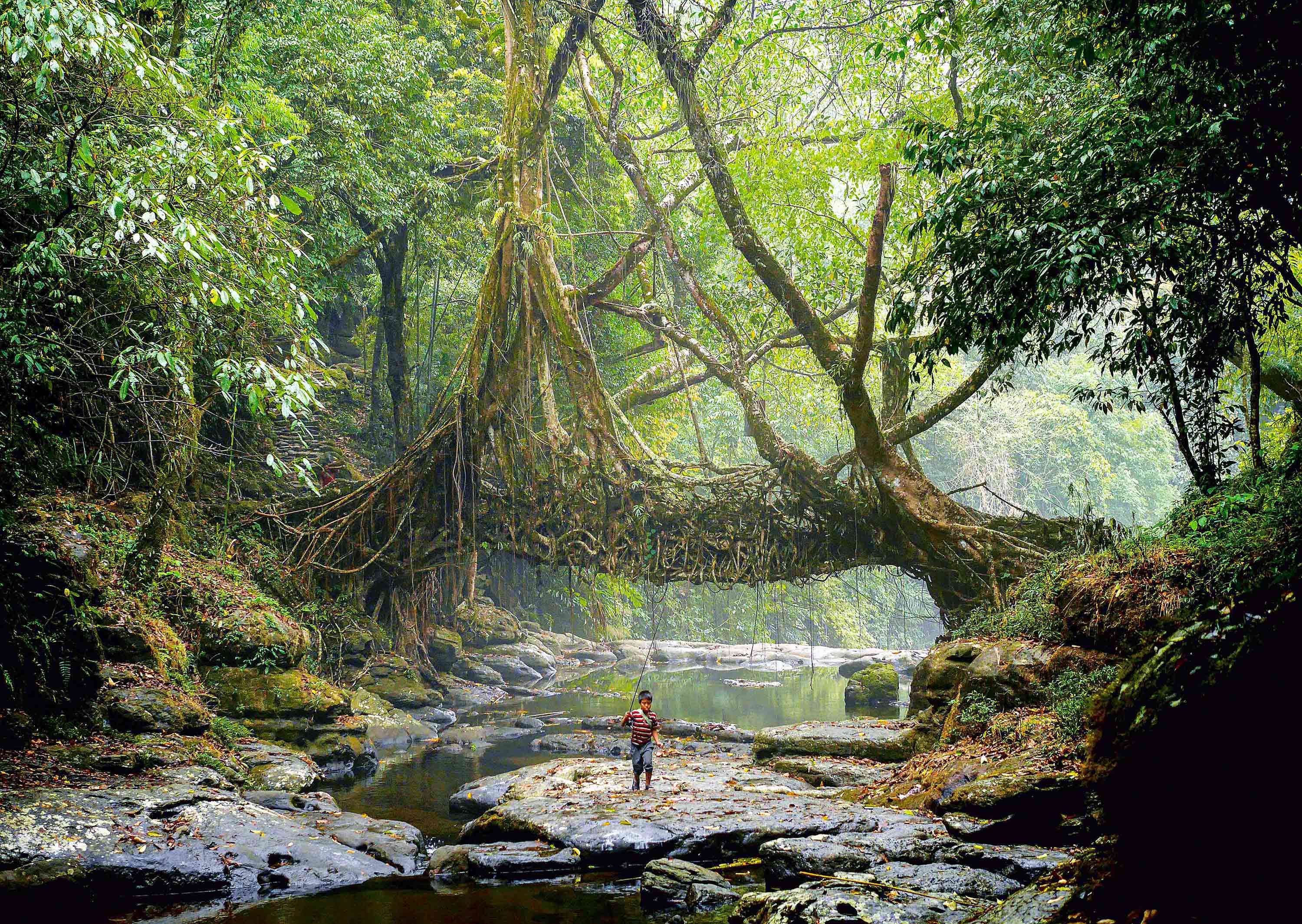 A view over the sacred Mahagiri rice terraces, a small portion of the one thousand year old agrarian system known as the subak, which is unique to the island of Bali, Indonesia. 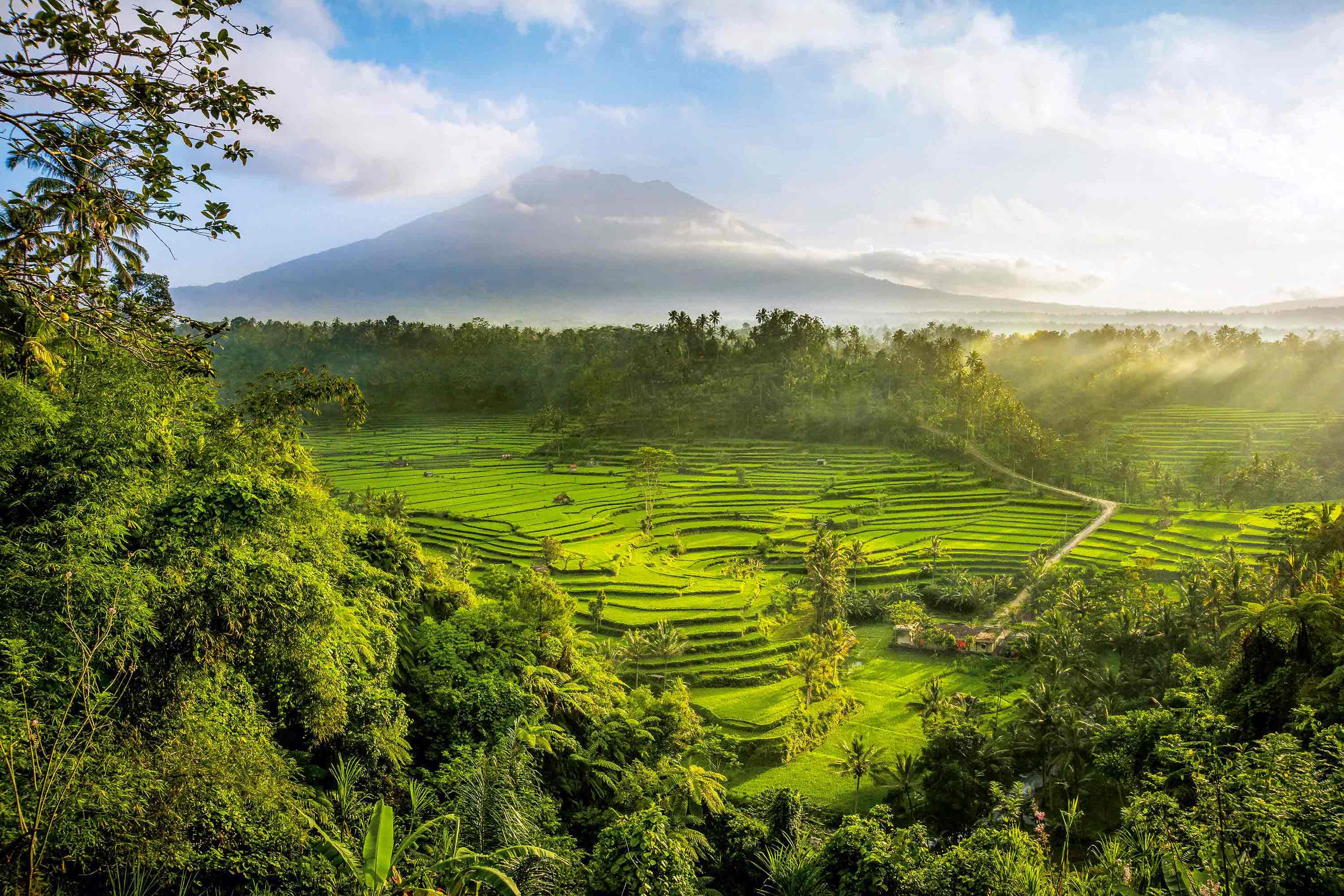 A line of evenly spaced spoil craters snakes along the surface of the desert from the high Elburz Mountains to the plains of Iraq and is the only evidence of an invisible, subterranean man-made water stream called a qanat, first constructed by the Persians during the early years of the first millennium BC. 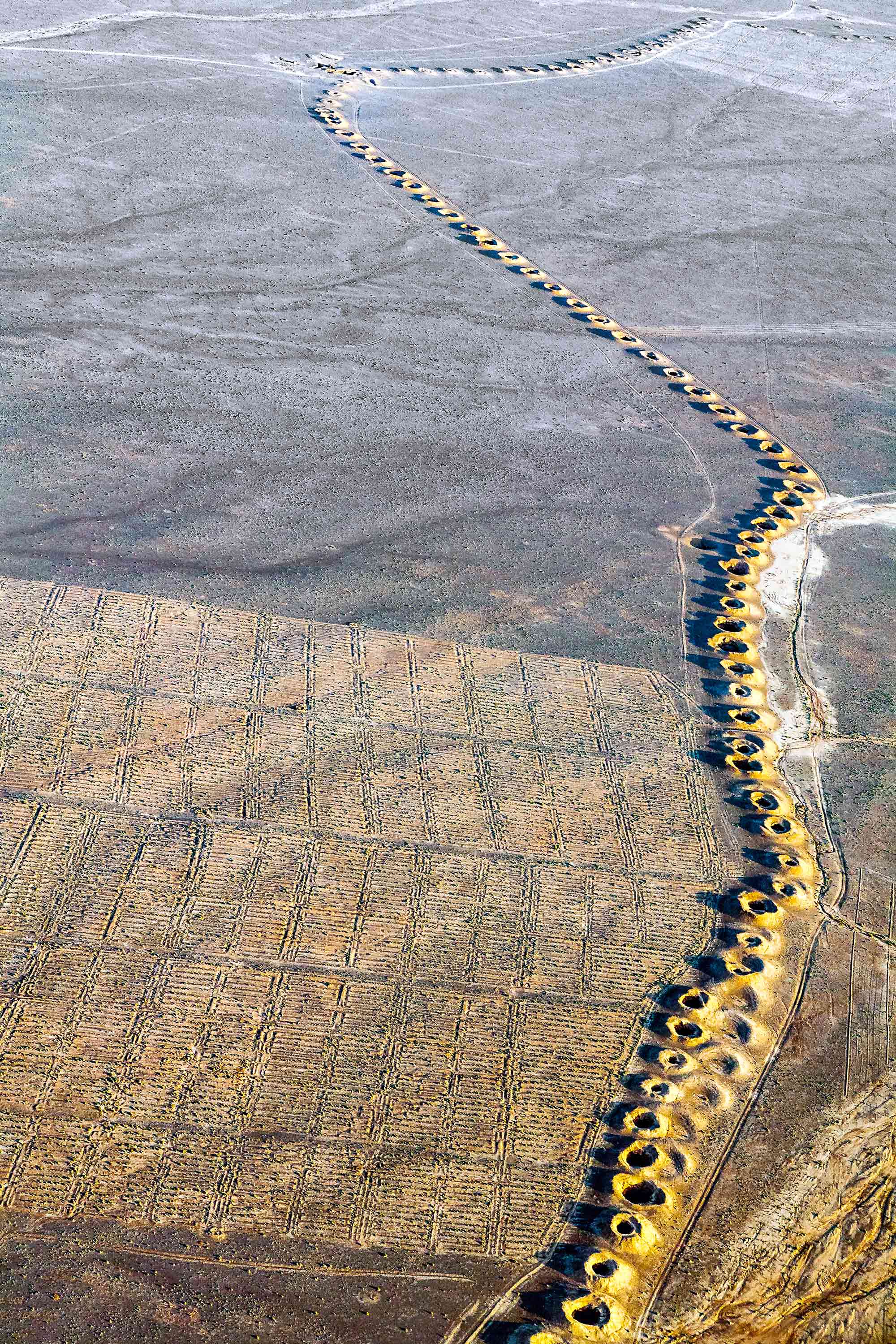 In the southern wetlands of Iraq, an entire Ma’dan house known as a mudhif, which is built entirely of qasab reed without using mortar or nails, can be taken down and re-erected in a day. 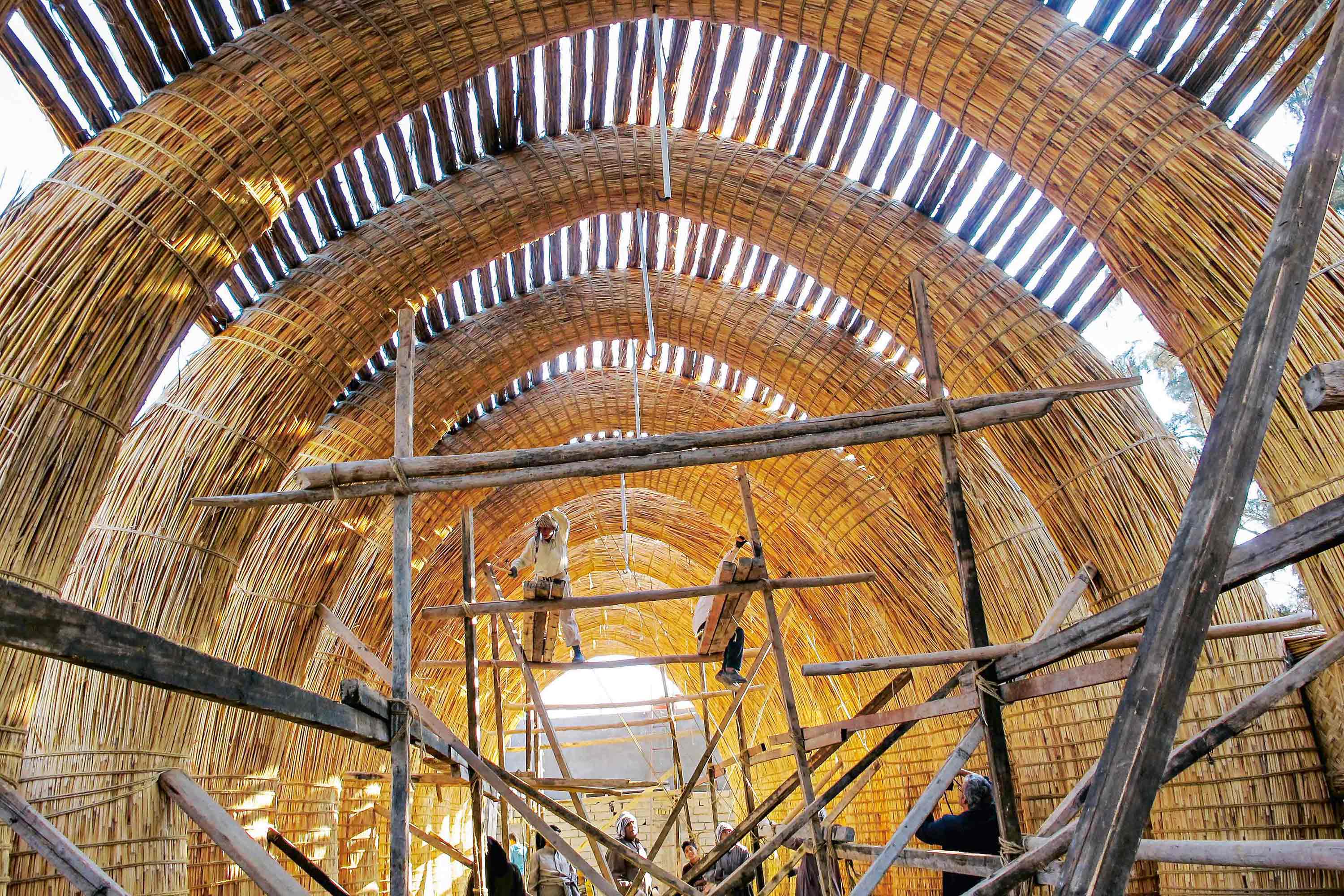 Built by the Tofinu, the city of Ganvie, meaning ‘we survived’, floats on Lake Nokoué surrounded by a radiating reef system of twelve thousand acadja fish pens. 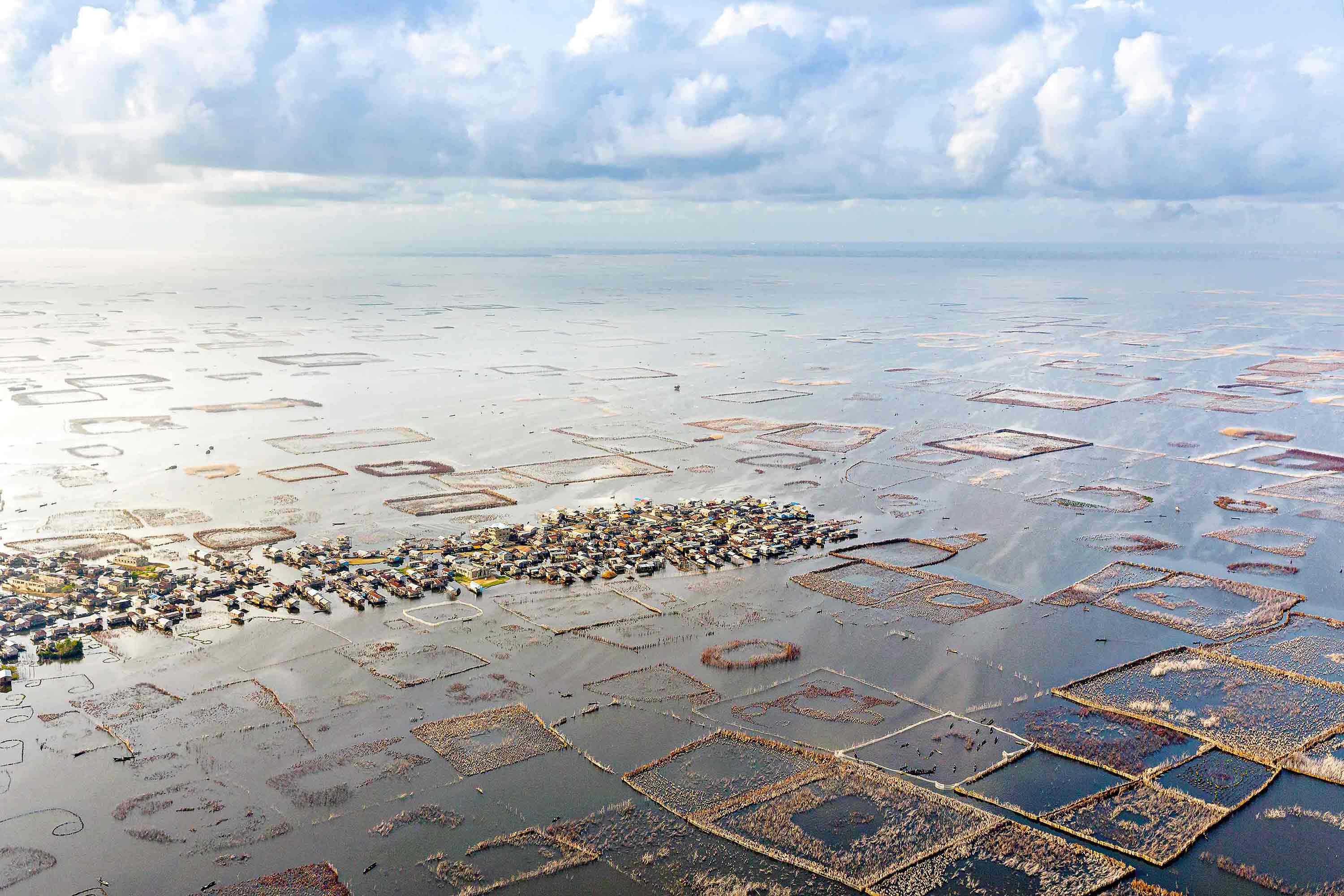 Las islas flotantes is a floating island system on Lake Titicaca in Peru inhabited by the Uros, who build their entire civilization from the locally grown totora reed. 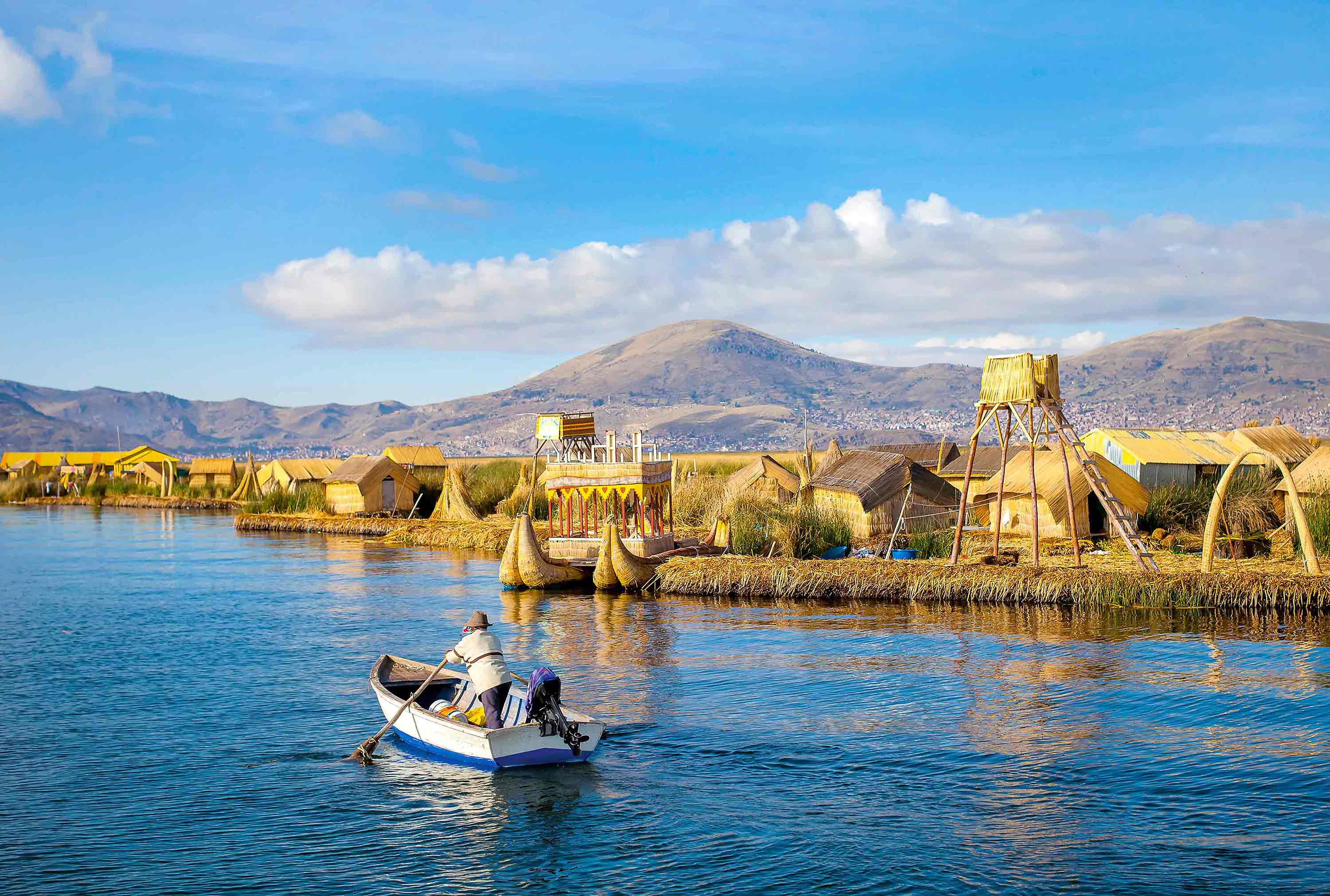 Food for Thought
An interview with Julia Watson by Chris King 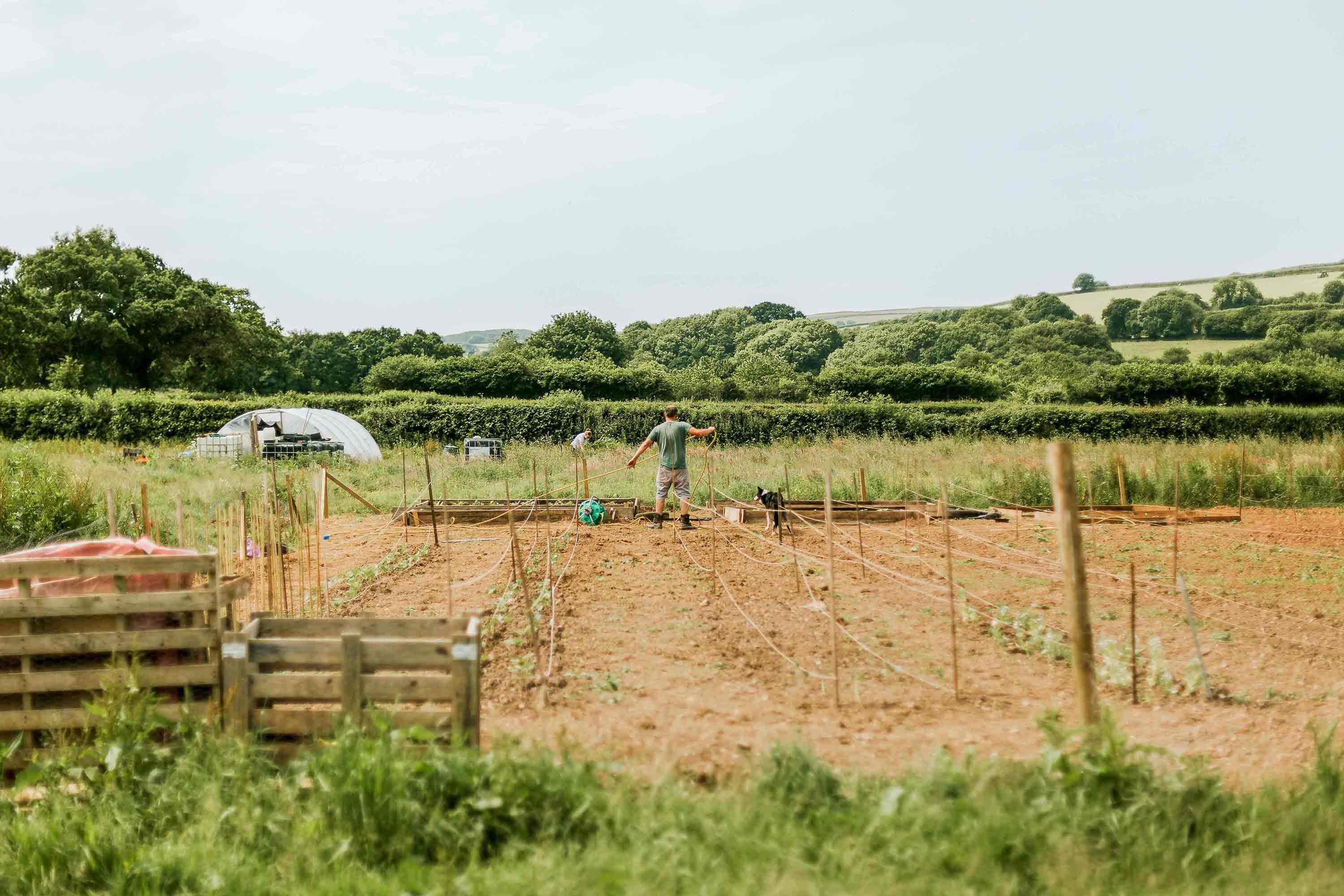 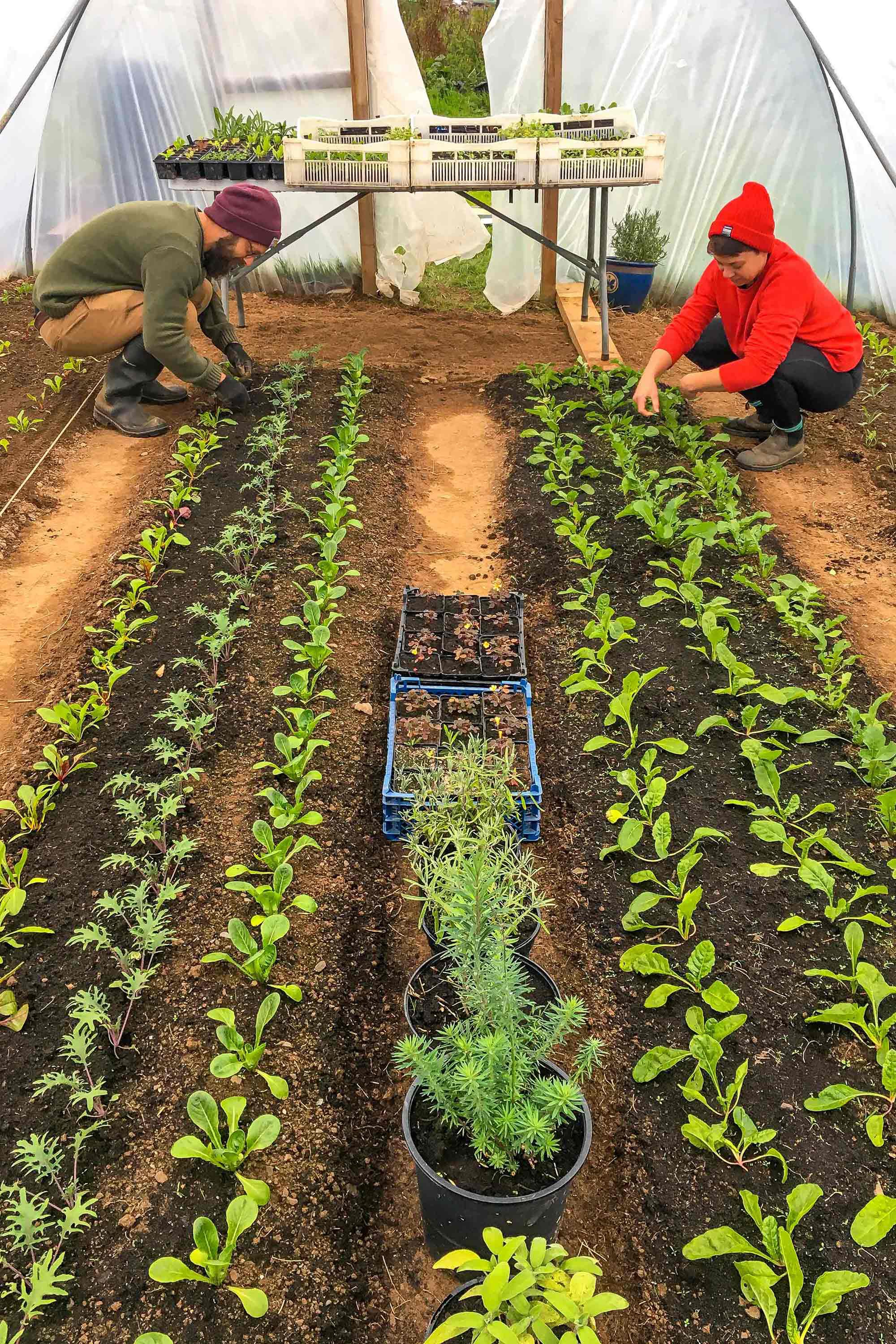