Replacing western fire regimes, based on hazard reduction, with Indigenous fire management methods could help save Australia and improve the environment: we must learn from the knowledge and practice of the elders and pass it on to future generations.

I first met George Musgrave (Poppy) and Tommy George in the mid-90s in a town called Laura in the lower region of Cape York. They were two old men sitting with their families. I was told that they were brothers, and were among the most respected and knowledgeable men in the area. I was instantly intrigued by their status and wanted to learn more about them. As I peered over at them I could see that they were watching me. Even when they weren’t looking at me, it felt like they were watching me. They had a really strong presence that I was drawn to, but it made me nervous to think of approaching them. The two men were the last of the Awu-Laya elders who knew the traditional knowledge and stories of that country. They wanted the young ones to inherit the knowledge and take over their roles as leading elders.

I will never forget the day that Poppy lit the first fire on country in front of me. We were standing in the middle of a small community of boxwood trees about twenty kilometres out of old Laura town. The ecosystem was only as big as a couple of basketball courts and was surrounded by a small creek and stringybark country. The grass was quite thick, dead and dry, and we were standing in it up to our knees. “I’m gonna light the grass now, like the old people used to do,” Poppy said loudly and proudly. He walked over to the stringybark country and ripped off a long piece of bark from the closest tree.

“You look now.” He teased one end of the long piece of bark, lit it up and then walked through the boxwood patch in a repetitive, figure-eight type movement. He was almost skipping as he dragged the bark along, making the fire follow him around.

‘‘I watched him dancing through the flames like some kind of fire spirit sprinkling magic dust onto the land.’’

I watched him dancing through the flames like some kind of fire spirit sprinkling magic dust onto the land. I watched the fire go higher and the smoke fill the space around him until I couldn’t see him anymore. There was nothing but fire in front of me, but it was only seconds before it started to calm down. Then he reappeared in the middle of the fire, walking over the flames with his bare feet, giving me the biggest smile.

The fire soon trickled out, burning a perfect circle that outlined that little patch of boxwood country. I knew he was making fun and showing off in his humble way. “The old people use to burn the country all the time,” he said, ending with his cheeky high-pitched laugh, which echoed through the trees. It was from that point that we started to focus more on fire and burning the country the old, traditional way.

Poppy was the main man for the fire, his understanding of fire and the country was a special gift. He made sure to teach me well at every opportunity we had together. From place to place, both old men would stop and tell the fire stories for each different landscape. They would talk about the right time to burn, how all the animals fitted in, what plants lived where, and the types of soils. You have to know how to read the country and learn the knowledge before you can light a fire.

‘The trees are the key to reading country, they are like the traditional elders of each individual ecosystem.’

Everywhere I went I dug into the soils and inspected the trees, finding comparisons within the landscape. I was starting to see what Poppy had told me about being able to read country in a different place. How the country shows you what to do when you read it and take notice of the signs. Everywhere I looked there were knowledge indicators within the landscape poking out everywhere, through the guidance of the trees.

The trees are the key to reading country, they are like the traditional elders of each individual ecosystem. They tell what the place should look like and what animals and plants should be living there. To know this is understanding the bush food, medicine and bushcraft knowledge that is attached to each place.

Learning all the trees and medicines is a must for understanding how to apply the right fire for the right country. The old people managed the country that needed fire in a certain way, to keep the diversity of ecosystems. As a result, the people and the animals had access to all the places that could supply particular resources they needed to survive.

The parent trees are like clan groups. They all have their own communities, country, and their own lore: gum-tree clan, bloodwood clan, box- wood clan, tea-tree clan, and a whole range of mixed-tree clans to name only a few. And the fire will behave differently in each ecosystem when it is applied at the right time of the year. The native grasses have evolved over thousands of years to customise the right fire for the country. They produce the right heat, the right speed and the unique nature of the fire needed for the soils to reproduce the right vegetation. On the sandy country the grass is very flammable and light, which makes the fire travel fast over the sand. Heavy grass or large volumes of fuel would burn too slowly and heat up the sand too much. Most of the vegetation has developed in a perfect way to encourage the right fire for the soil and country it lives on. If you don’t have the right vegetation in the country then you will get the wrong fire, which will give the wrong results.

The tree communities that need fire have a special relationship with the grass. When the grass cures to the right condition, the old people will burn it to create new shoots. The grass will cure at different times for each country type, giving the signal for when each tree community is ready to burn. One by one each system burns and the other system with greener grass puts out the fire. Then, when the next system is ready to burn, the previous burnt country puts it out with its new green shoots. One by one throughout the season, each particular fire-related community gets its cleansing to remain rich, healthy and plentiful.

Most of the time, the grass is visually ready to burn when it is half green and half dry. Poppy showed me a second test where you run the grass through your hand to feel if it is ready. If the feeling of warm and dry runs through your hand then it is ready to burn. If it is cold and moist, then basically it is too early to burn. The trees tell us roughly what time we burn and then the grass indicates the exact right time. If there is no grass where there is supposed to be grass, then you need to rely on the soil and the trees.

‘The trees tell us roughly what time we burn and then the grass indicates the exact right time.’

There are different qualities of smoke that are used for medicine, communication, cooking, and spiritual uses. The old people made a strong point that when we burn country, the only thing that we intend to burn is the grass. The grass smoke helps with the flowering of the trees, to produce more seeds for germination. The trees bathe in the white smoke to improve their canopies, and the leaves give a gentle shimmering dance when the smoke comes into contact with them. The good, thin white, medicine smoke for the trees only comes from burning the grass.

Because we weren’t doing any burns outside of Aboriginal lands at the time, we would stop and look at burns the cattle properties and national parks had done. The old men would tell me to stop the car when we came across any burnt country. They would then explain why the fires were wrong and point out the indicators. In many cases all the country was burned black, sometimes scorched to nothing for as far as the eye could see. In most cases the trees were scorched, and the canopies completely destroyed. The old people were always pointing it out, complaining all the time with frustration on the boil. What they were seeing was not up to the standards of caring for country through Aboriginal fire knowledge.

The western fire regimes are based on hazard reduction and they don’t see the layers of cultural and environmental connections that make up Aboriginal fire knowledge, which is based on all elements of nature living in harmony with one another. This misinformation about the difference between cultural burning and harzard reduction or back burning was becoming clearer and clearer every time the old people stopped to talk about fire on country.

But it wasn’t just the burnt country the old people would stop to look at. They would also do assessments on the country that hadn’t had fire in many years. Much of the country we were travelling through was thick with weeds and a mass of dead vegetation for the understory. The old men would comment on how the land was healthy and clean when they were younger. The country is suffering because no one knows how to look after the fire anymore. The more they opened up my eyes to it, the more saddened I became about the state it was in. Here were two of the most knowledgeable men in the region on their own country, and they couldn’t do anything about it.

We are leaving our future children with an accumulating debt of environmental mess. If we are serious about transforming to reach those goals, then we must start handing down good knowledge and practice to the future children. That means doing what Aboriginal people have done since the beginning of their time. Handing down knowledge in a way that is accurate, sustainable, cultural, and is continually practised for generations. That is what it is going to take if we are going to be serious about healing our planet. 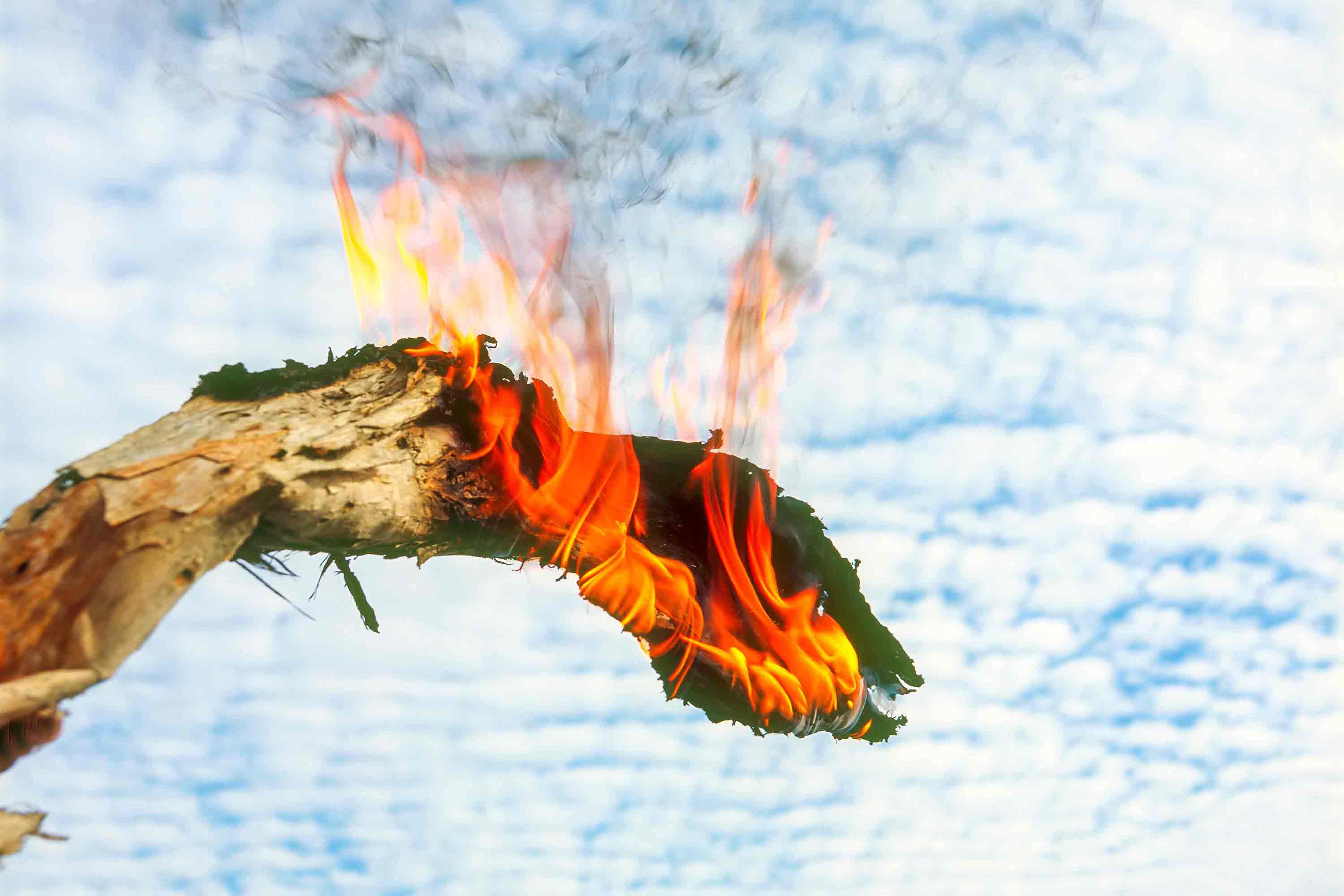 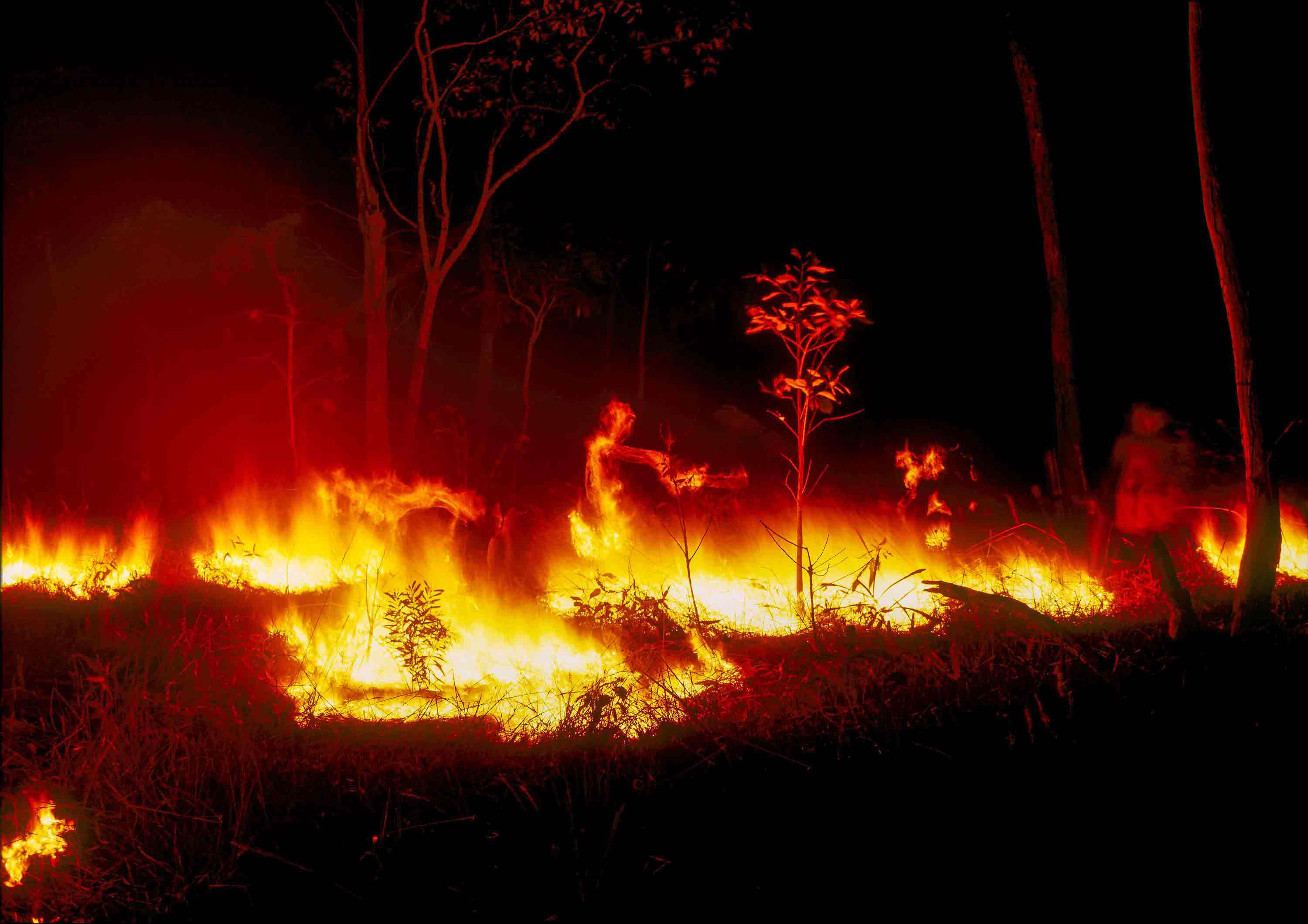 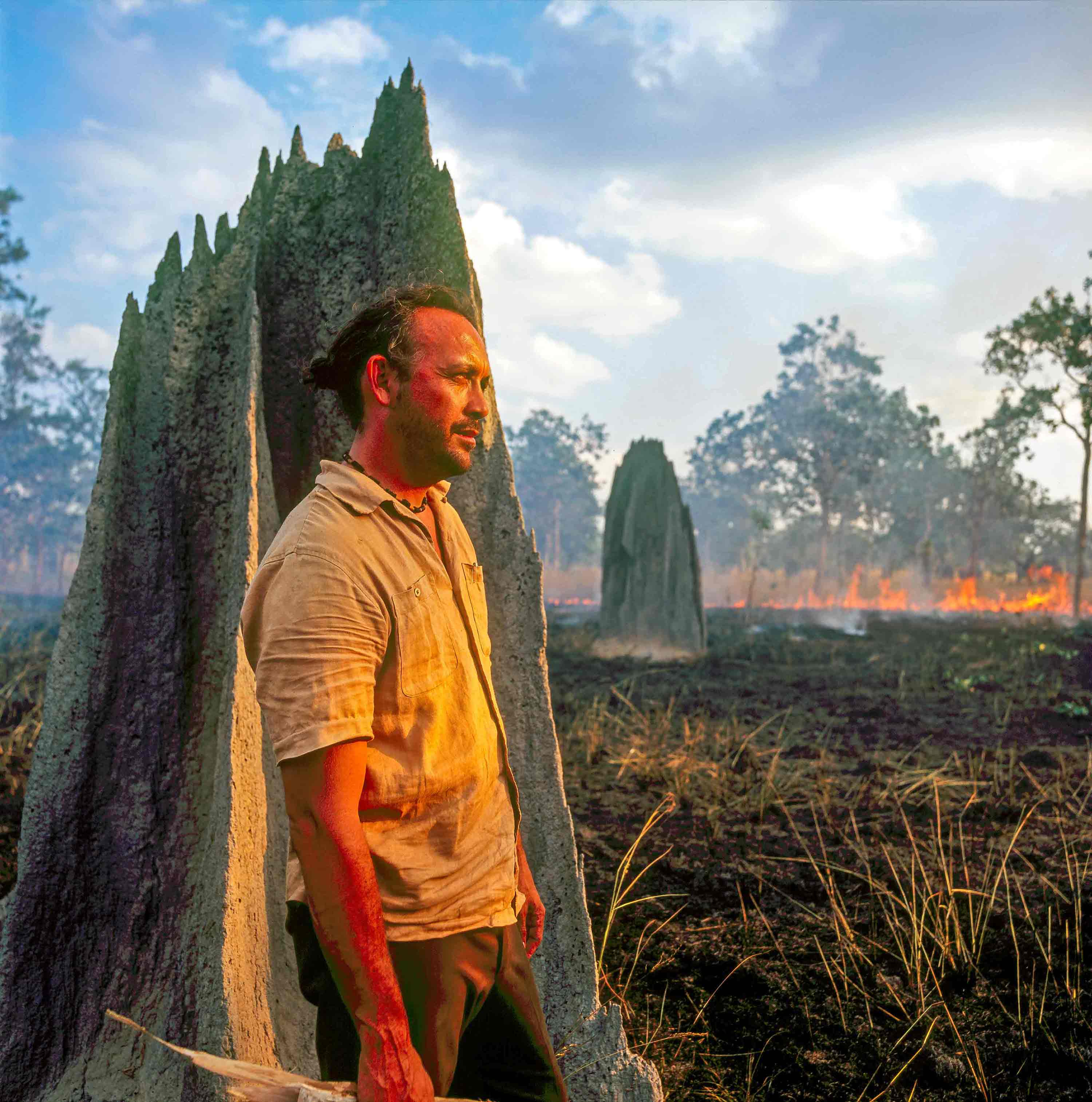 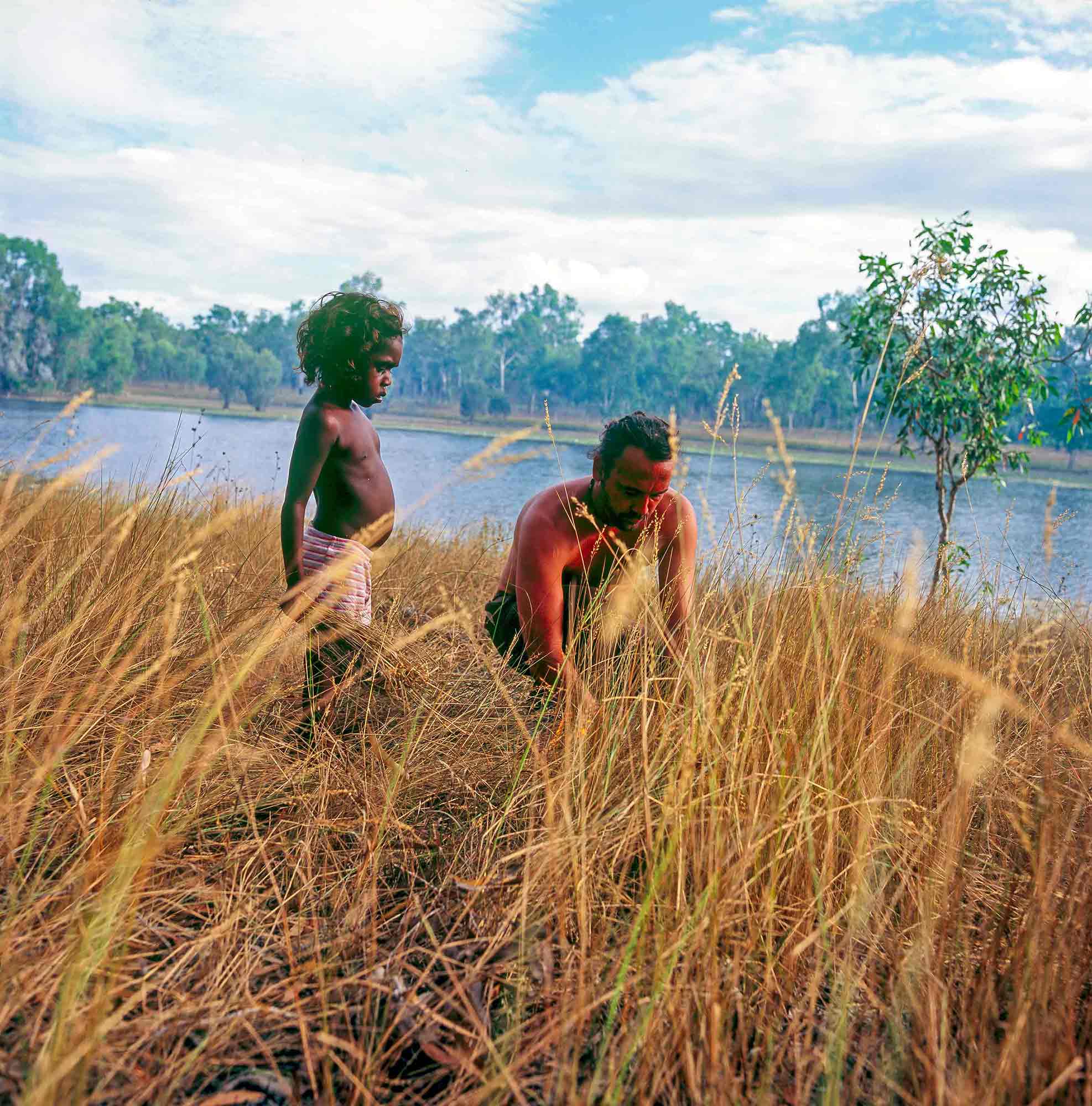 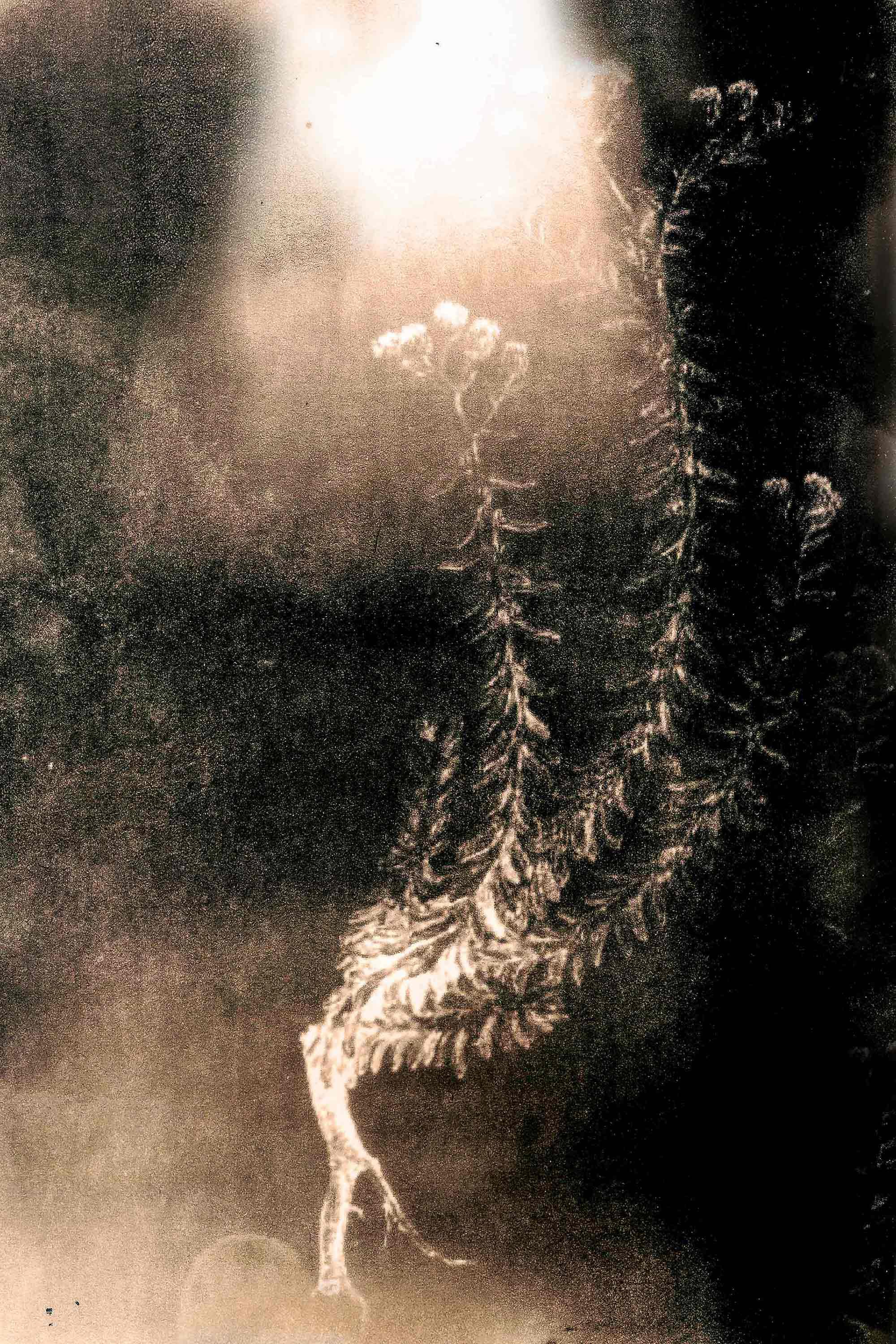 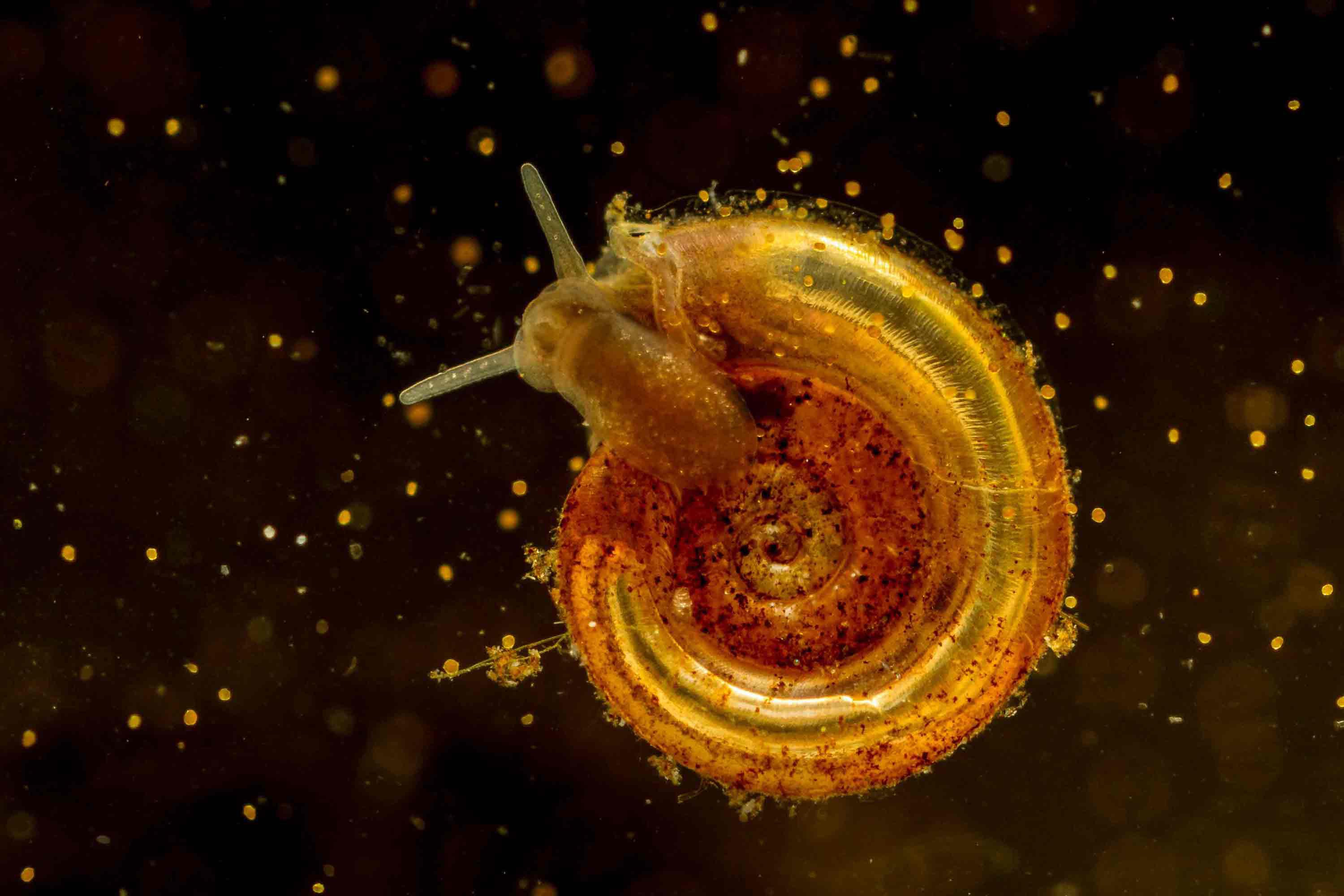