Words and artwork by Kirsty Badenoch

The garden is a place of memory, movement and interaction - constantly shifting.

Late August, nine years old, I sat cross-legged in the grass,trying to draw our garden. It was my favourite place, and drawing was my favourite thing to do. But it wasn’t really working. Yes, there was the willow tree up in the northern corner, it’s leafy tendrils stroking the ground (the perfect hiding place). There was the small brick path leading down to the greenhouse on the other side, the overripe plums weighing ominously above on gnarled branches. Across the lawn, there was the trellis my dad had built three years earlier, still half-finished. But I scowled at my paper full of squares and circles. All these things were in their right place, but somehow it just wasn’t my garden.

And it wouldn’t keep still long enough for me to add all the details.The wind kept blustering the willow branches around, the pigeons constantly flurried about, and my mother kept sweeping up the mouldy plums as I tried to draw them. It was impossible. I gave up and went inside. The garden is a place of continuous transformation, and therein lies its enchantment. It is in endless dialogue between the forces of nature and human intervention – a conversation of movement, turbulence, attempts, failures and uncontrollable wills. So how could you possibly draw such a thing? The ancient gardens of Japan were rarely drawn. Little is known about their history. Representations of the Japanese garden were not seen as adding to the experience of them as an art form - what survives as evidence of their original layouts has been deduced from gardening manuals rather than pragmatically drawn plans or paintings.

If the gardens were a genre of music they would be improvised jazz, constantly reacting and recomposing themselves. The ancient Japanese garden is revered as a process, an act, and gardening a form of Buddhist practice, in a permanent state of incompletion. Now that I am grown up, I have tried again what my nine-year old self gave up on. I have attempted to transcribe the garden, but this time embracing the chaos within its natural order. I use the wind to make my drawings, tracing its breath through delicate constructions of strings and inks hung from above. I blacken the meadow grasses with charcoal, allowing their voices to sing across the paper as they grow, seed and die throughout the summer months.

My hands and feet trace out the tiny undulations of the ground beneath, and mark the points where the scuffed gravel spills. I actively seek out the uncontrollable, the awkward moments and unexpected clashes. Drawn within and by the gardens they depict, these drawings become gardens themselves. Japanese garden philosophy sees the gardener as much as part of the garden as the rocks and the plants. And so I trace my own movements as I tend to the drawings, my footprints leaving their imprints, marking dates and times, long exposures of the actions that once occurred there. The garden transcripts are never finished, tended to over weeks and months as the garden is erased, then must remember itself, reinvent itself. I am the gardener and my job is to listen. 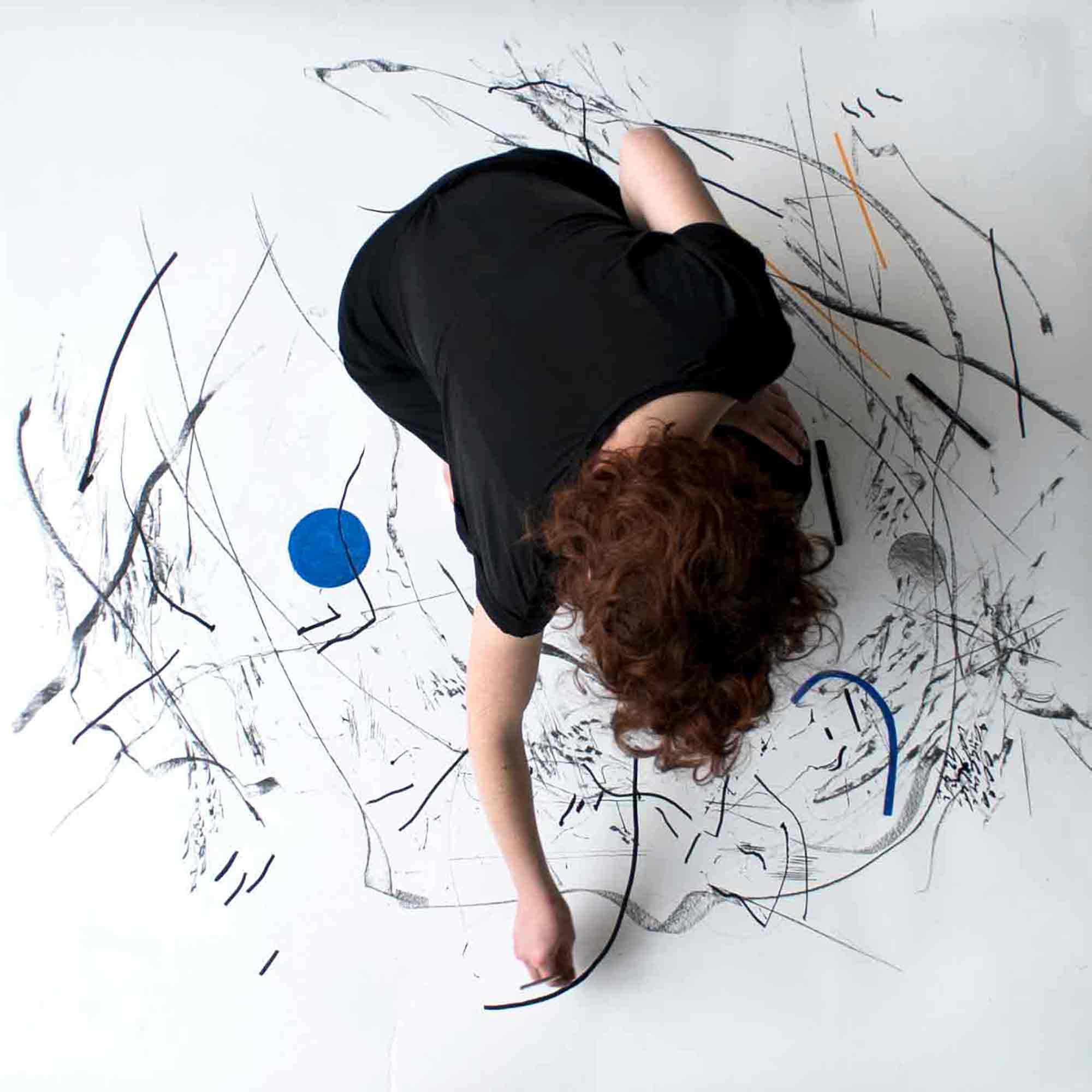 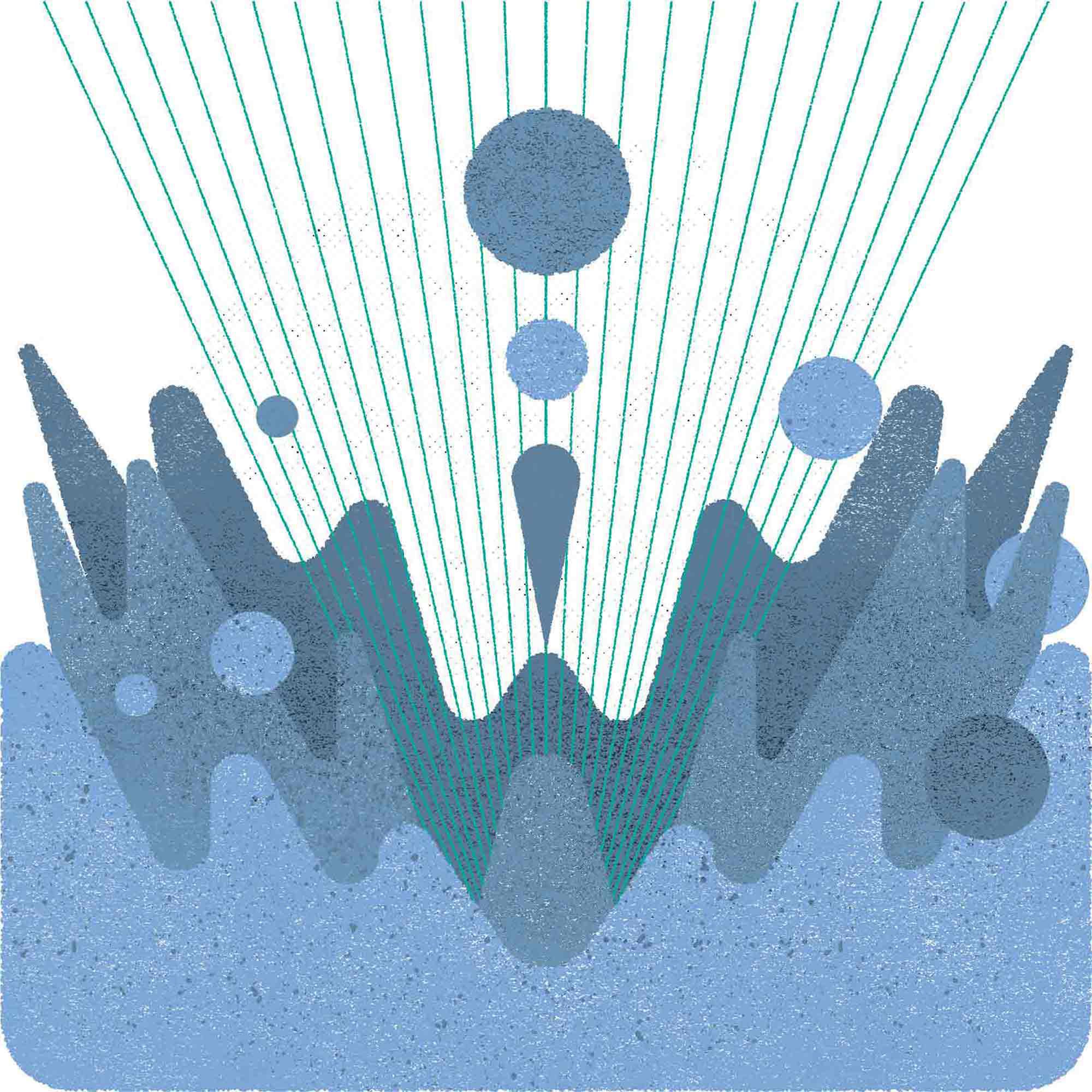 The Bitter Reality
Words and artwork by Kirsty Badenoch 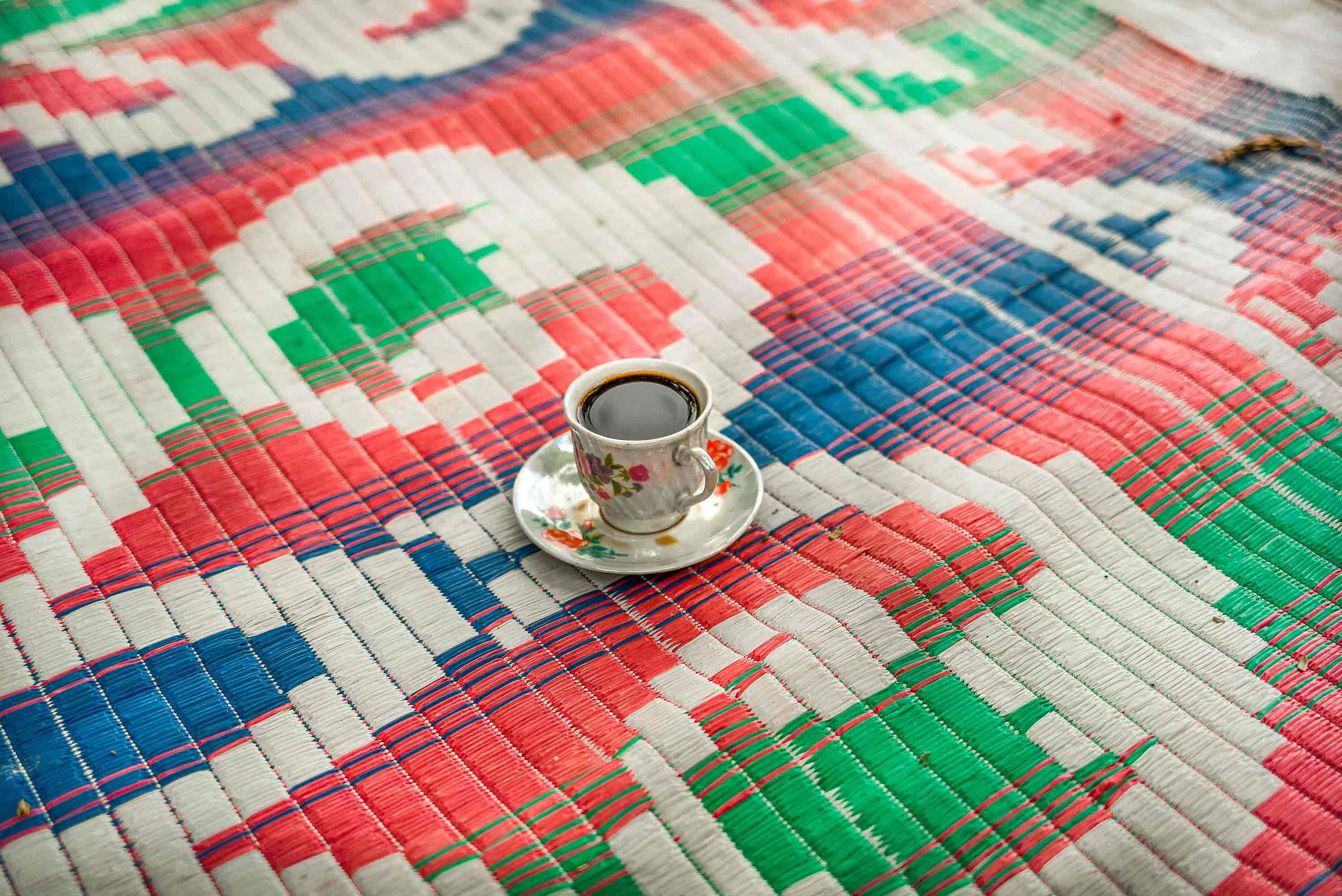