How plants have embodied the uncanny in art, literature and film.

There is something disconcerting about plants. They grow in the cracks of our pavements. Their roots buckle our roads. A whisper about Japanese knotweed can undermine a mortgage application. Plants are bound up inextricably with our fear of death; still life paintings feature memento mori in the form of cut flowers on the verge of wilting, or ripe fruit subtly suffused with a bloom of early rot.

Plants tread a liminal path between cheerful and morbid, beauty and decay, seen and unseen. Their uncanny refusal to fall into neat categories perhaps explains why tendrils, vines, and vegetal exuberance often emerge as tropes in horror fiction and film. Representations of horrifying plants can be found across cultures and eras. In Japanese folklore, for example, the Jubokko is a vampiric tree that grows on battlefields and sucks the blood of unwary passers-by.

In Medieval European culture, the Green Man - a face surrounded by vegetation, with leaves in his mouth - is one of the most mysterious motifs of Medieval architecture. In her introduction to the book, Plant Horror: Approaches to the Monstruous Vegetal in Fiction and Film, Dawn Keetley argues that the Green Man is intended to remind churchgoers that, even as we raise our eyes and thoughts to heaven, we are all destined to become food for plants in the end.

The Green Man also speaks to plants’ disconcerting tendency to grow in all directions. Unlike animals, whose bodies are organised into discrete organs, plants have a dispersed physiognomy. It is possible to cut off part of a plant without doing it any harm. Attached as we are to our notion of the skull-bound brain and the mind-body divide, plants’ distributed biology is somehow uncanny. As Keetley has suggested, the leafy amalgamation of head and body represented by the Green Man expresses this horror.

We also find this motif in the 14th century poem Sir Gawain and the Green Knight, in which a mysterious knight who is “grass-green and greener still” challenges Sir Gawain to strike him, if Sir Gawain will agree to receive a blow in return a year and a day later. Sir Gawain decapitates the Green Knight, who cheerfully picks up his head and reminds Sir Gawain of his promise before riding away. This plant-like resilience to beheading is deeply unnerving.

Plants are radically different from us and yet they surround us almost everywhere we look. In the west, we have denied plants agency for centuries, generally treating them as if they are not alive at all. But this repression means that our fear of plants often bubbles up elsewhere.

Many horror films are set in woods and forests, such as the Blair Witch Project (1999) or The Texas Chain Saw Massacre (1974). In these films, trees act as useful framing devices and tap into a primal fear of things hiding in the undergrowth, while also taking on a brooding menace themselves.

In other stories, however, the plants themselves become characters in their own right. One of the most famous examples is John Wyndham’s novel Day of the Triffids (1951). In this groundbreaking work of science fiction, an intelligent alien plant species (which has been exploited by human beings for its oil) uses a freak event in which most of the human population is blinded in order to become the superior race.

Alien plants also feature in the 1951 sci fi horror film The Thing from Another World, in which scientists in the Arctic fend off the attacks of a humanoid carnivorous plant. Similarly, in Invasion of the Bodysnatchers (1956), seed pods from outer space have the ability to make perfect replicas of human beings; the copies act normally and continue their lives, but they are devoid of all emotion.

Here, it is the apathy of plants to human life that makes them horrifying. Living on a different timescale with different ideal conditions for life, plants often symbolise the fragility of human civilisation: the vegetation freely self-seeding on ancient monuments or a tree growing through the roof of a ruined house.

Many horror films involving animals are arguably to blame for driving a harder wedge between human beings and the natural world in the post-War era. The 1975 release of Jaws, for example, has negatively impacted people’s relationship with the sea ever since. Plant horror, however, is subtly different, bringing to the fore the powerful agency of plants - and the dangers of overlooking it.

It is interesting that a similar reassessment of vegetal life is currently being enacted in the fields of biology, eco-philosophy, and the environmental humanities. The plant horror genre suggests that the idea of plants as living, intentional beings is not beyond our understanding - but that we need to learn to embrace rather than repress this knowledge. 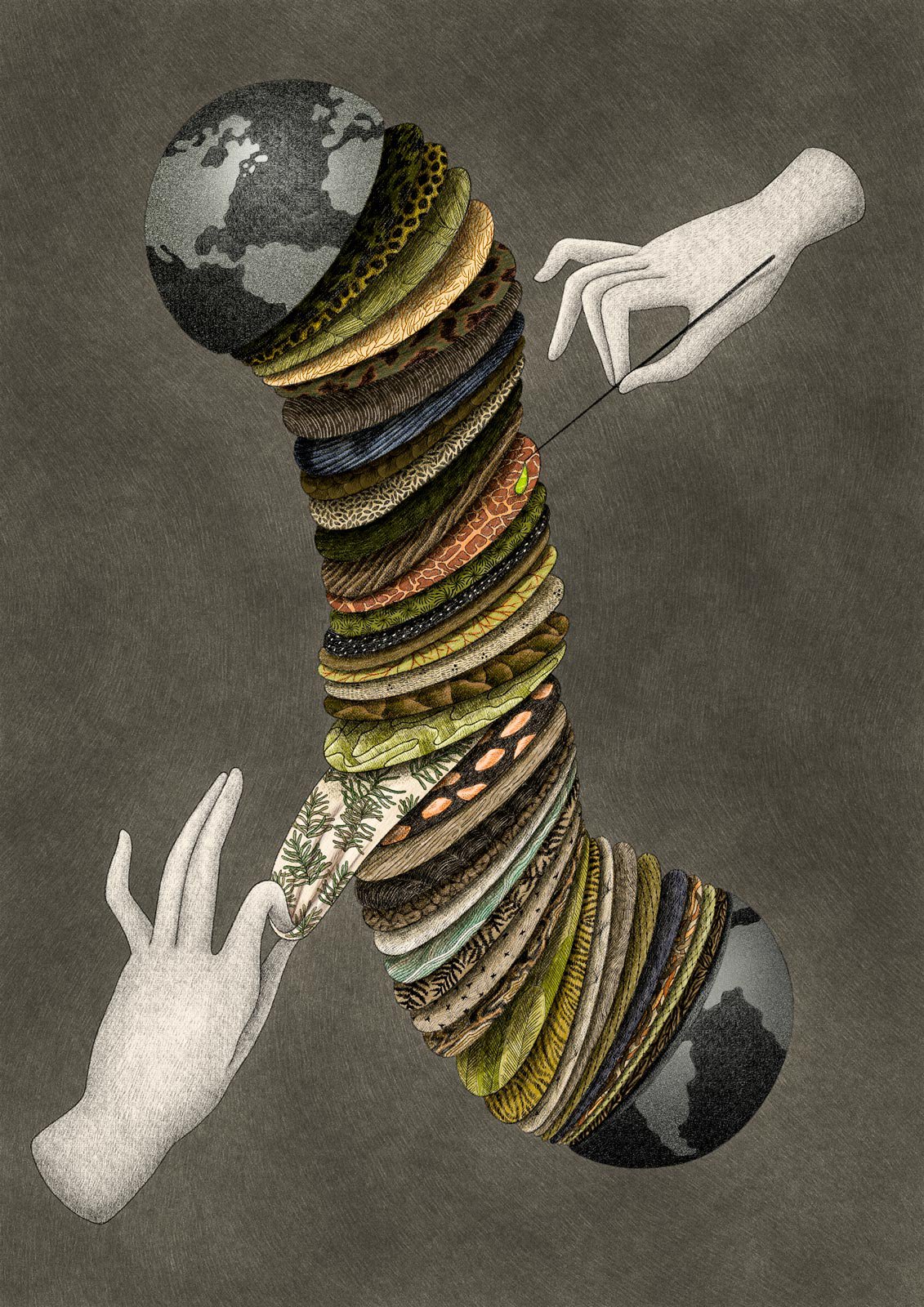