Modern US cities have adopted sustainable practices and eco-friendly construction with the intention of building toward a greener future. But too often in practice this means focusing on single prestige projects rather reconceiving the city as part of a larger ecosystem in which the built environment works in conjunction with political, cultural, and social systems.

According to UN figures, 68% of the world’s population is projected to live in urban areas by 2050, and in North America 82% already do. As we build for the future, cities have begun to take climate breakdown and sustainability into consideration to create an urban environment that appears to be interconnected with nature and technology. A simple search for “future city” will yield images of shiny and green urban landscapes, with parametrically designed skyscrapers and lush, forested rooftops. The idea of a sustainable future city is often seen as one that is verdant and full of tech-embedded infrastructure. But why is this what we think of as a future city? And is devotion to this idea actually preventing real sustainable design from taking root?

Designing a functional future city requires reconciling the ideals created in renderings with the existing environment, but many projects categorised as ecological or biophilic don’t seem to be rooted in reality. Belgian architect Vincent Callebaut’s speculative design for Aequorea - proposed as an upside-down skyscraper resembling a jellyfish, sited off the coastline of Rio de Janeiro, Brazil and made using ocean plastics that are 3D printed into building materials - raises questions about the intention of the project. Is this a genuine aspiration for the future? Or is it meant to remain as science fiction? Is an aspirational eco-future the best for the planet and people?

Another project, the proposed Amazon Campus in Arlington Virginia, designed by multinational design and architecture firm NBBJ, is a tall spiral made of metal and glass and landscaped with cascading trees and hedges. A recent Curbed article by Audrey Wachs categorised this type of building as an “eco-fantasy project”, a term coined by Daniel Barber and Erin Putalik in 2018 in their essay, Forest, Tower, City: Rethinking the Green Machine Aesthetic. These eco-fantasies are imagined as connected to the natural world, even using local plant typologies, but in actuality are totally disconnected from their surrounding environments.

As noted in Barber and Putalik’s essay: “These high-tech eco-towers and eco-cities are visions of a future imagined as coexistence and connection with the natural world, but they are undergirded by another story, an Enlightenment conception of nature, and of forests specifically, as a resource to be optimised, scientifically managed, and administered by experts in order to enable dense settlement, nation-building, and maintenance of the population.”

A projection of Amazon’s HQ2 in Arlington, Virginia, which is set for completion in 2025. (Photograph: NBBJ / Amazon). 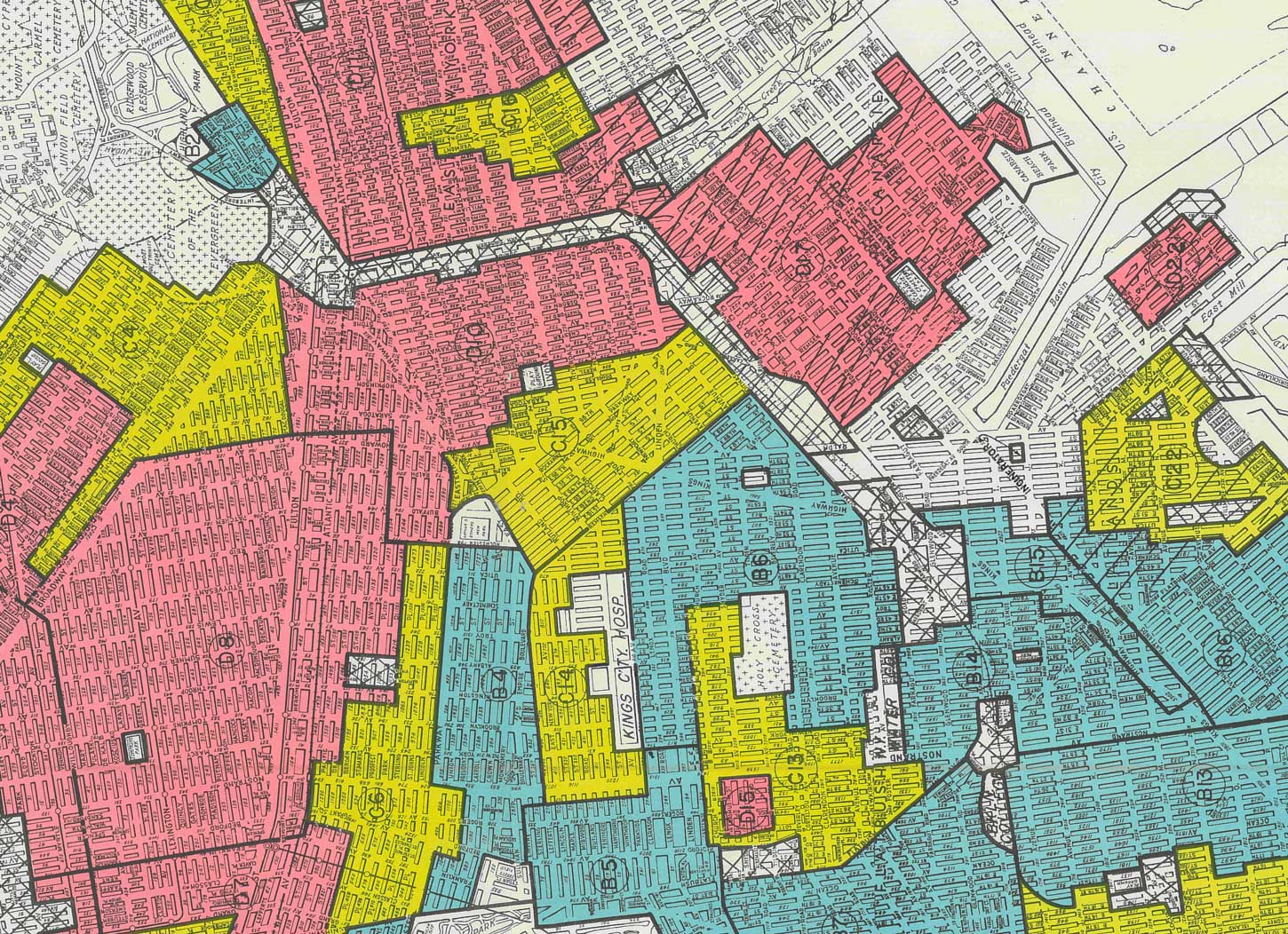 A projection of Amazon’s HQ2 in Arlington, Virginia, which is set for completion in 2025. (Photograph: NBBJ / Amazon).

A 1938 map of Brooklyn, New York, from the Home Owners’ Loan Corporation. Green areas were the most desirable through to red areas, the least desirable places to underwrite mortgages. (Map: “Mapping Inequality,” American Panorama, ed. National Archives and Records Administration). 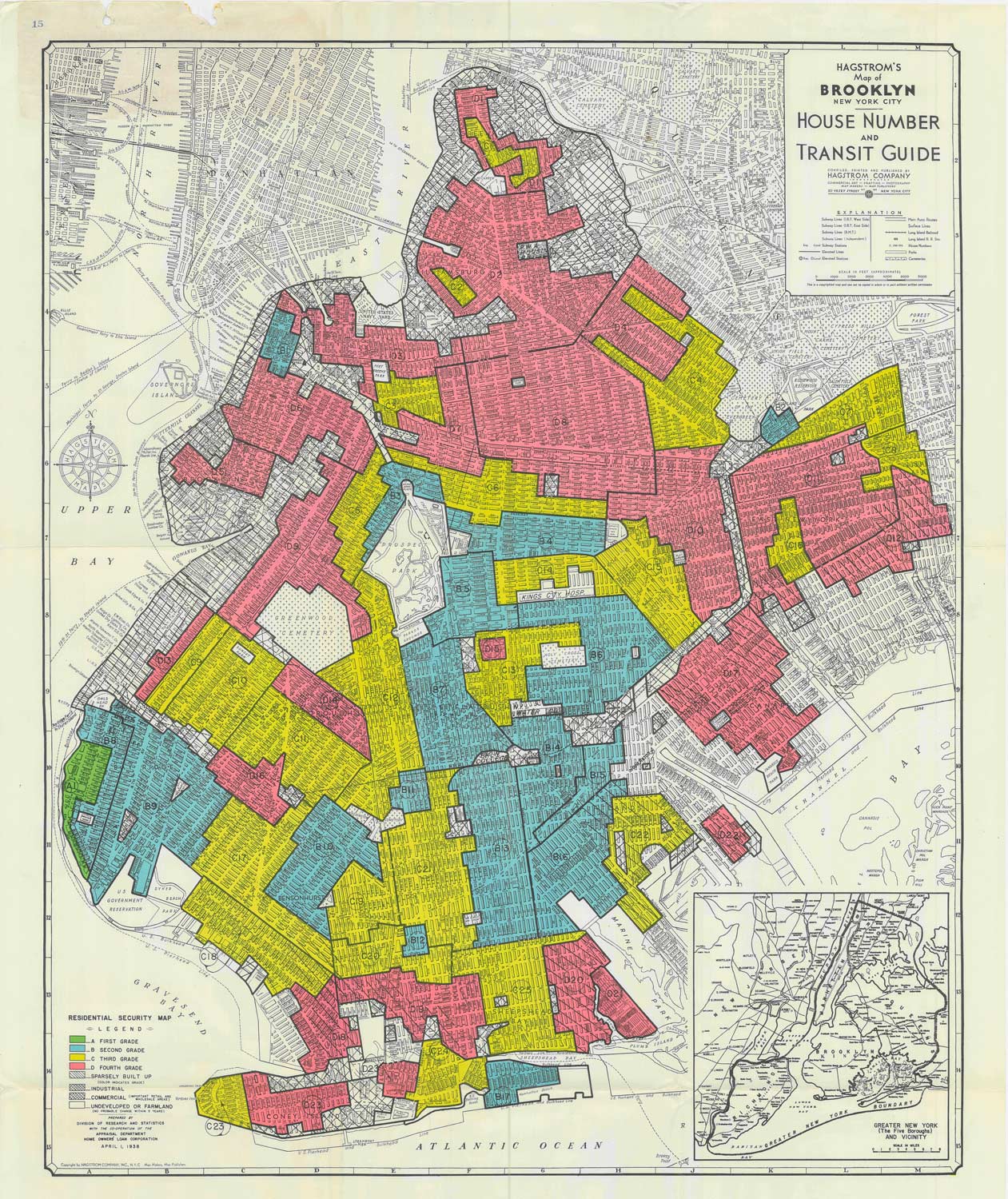 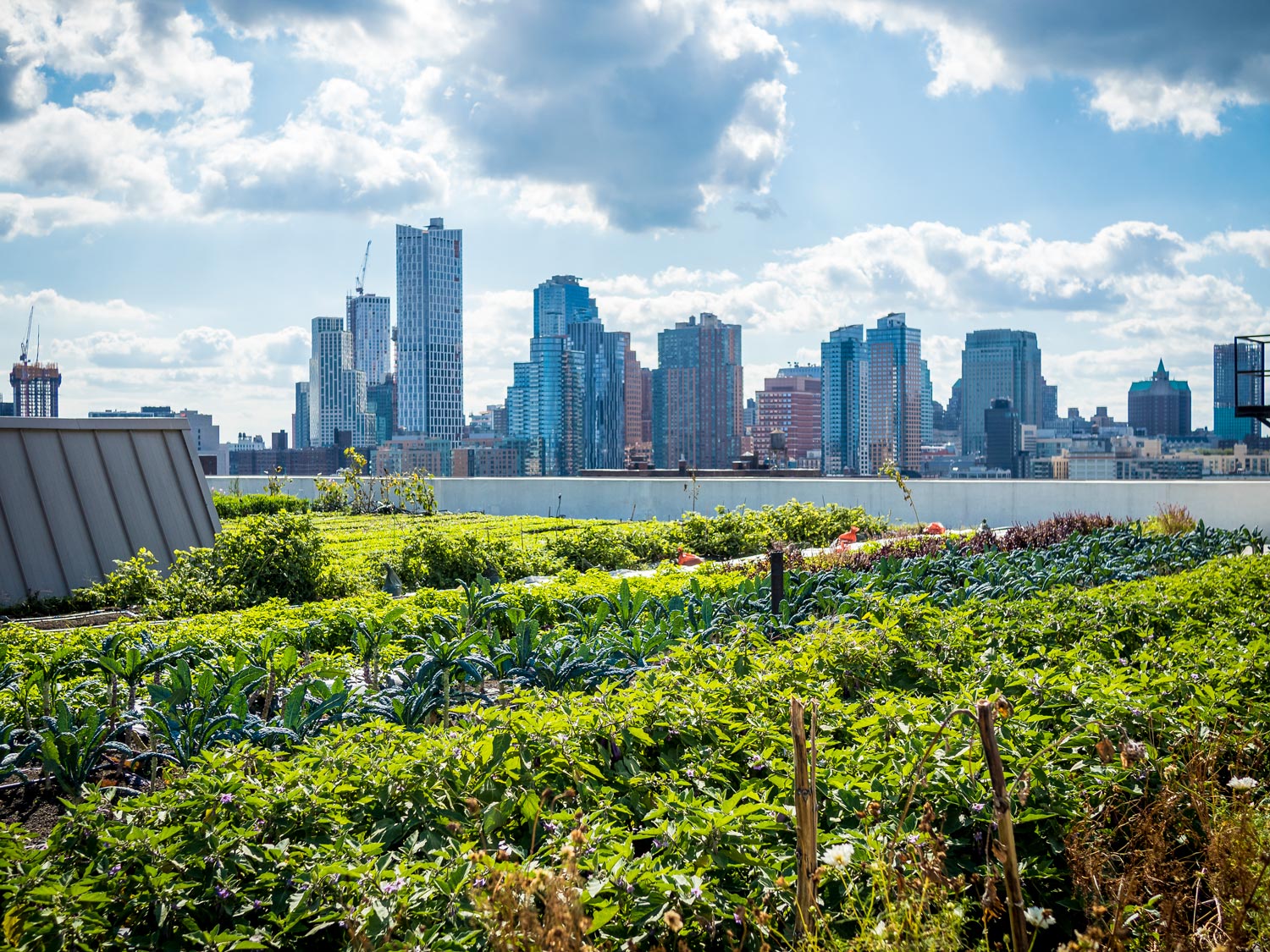 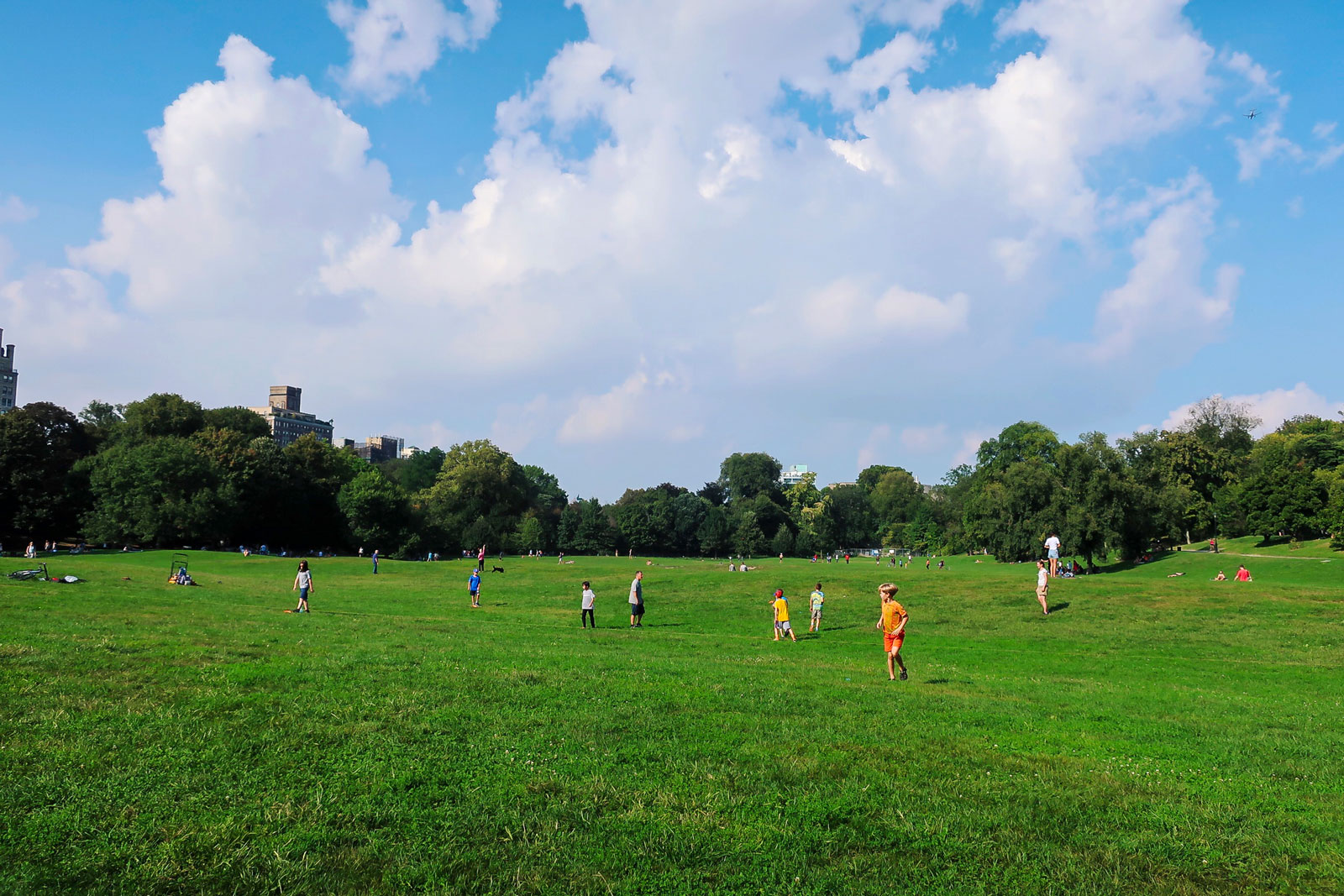 A Time for Change
Words by Avery Robertson 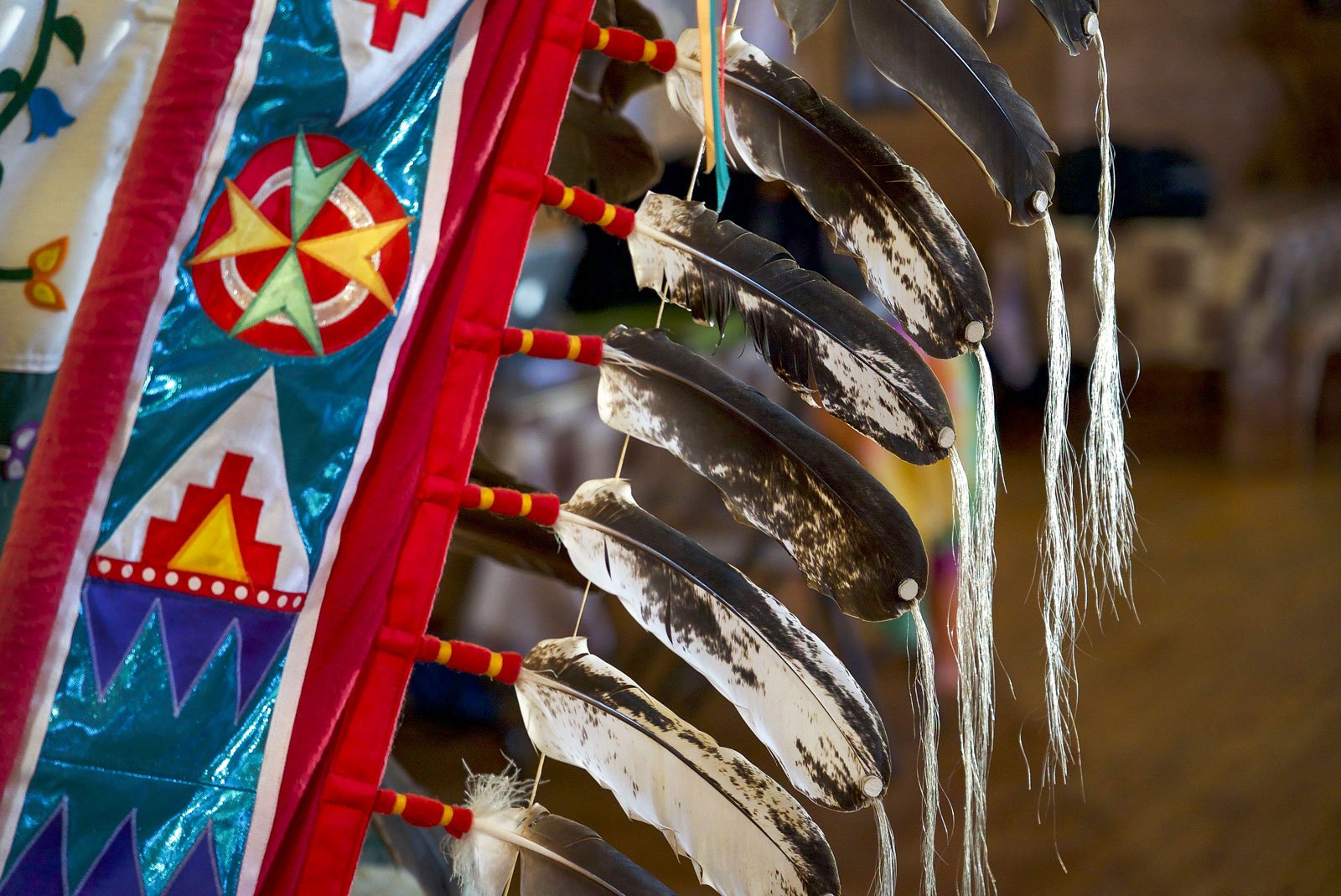