How two working class brothers from Campinas, Brazil, began a social media movement to introduce veganism to a low-income audience, inspiring hundreds of thousands of followers with theirsimple recipes for plant-based meals.

This is an extract from Food For Thought. To read the full article click here.

In June 2018, on a countryside highway of the São Paulo state, an accident involving a truck loaded with live pigs gathered a crowd. Nearby residents rushed to loot the cargo. The action was all recorded on smartphones and the videos went viral. Far from the scene of the accident, on the outskirts of Campinas, the third largest city in the state, Eduardo Santos watched the videos in shock. It was the trigger he needed to question his whole diet, he says: “If I love dogs and cats, why don’t I see similar animals in the same way?” That realisation led him to become vegetarian. Not long afterwards, he encountered someone on the street wearing a T-shirt embossed with the slogan “milk is cruelty”.

That chance meeting in turn led him to research the milk industry and resulted in his removing eggs from his diet. His twin brother Leonardo followed his example. Ironically, several years earlier, the brothers had worked at McDonald’s, where they had both been promoted to management positions. Today, Leonardo works in a vegan burger shop, while Eduardo, along with millions of other Brazilians, is unemployed. Veganism arrived in Brazil through the 90s underground hardcore music scene and today is gaining supporters among the upper-middle classes and fitness bloggers. But the movement still finds it difficult to penetrate the base of the social pyramid: neither punks nor playboys, the twins soon realised that vegan voices did not speak directly to the working classes.

‘We believe in a cause that is accessible to all. It doesn’t matter where you live, it matters how you think.’

The duo decided they would try to spread veganism in a more accessible and direct way. They started the Instagram profile @veganoperiferico, which translates literally in English to “peripheral vegan”, although it might be more accurate to say “vegan on the margins”. The logline of their Instagram page reads: “We believe in a cause that is accessible to all. It doesn’t matter where you live, it matters how you think.” With simple language, they try to fight the stereotype that a vegan diet is only for those who have a lot of money. Without posting selfies, promoting posts, or any other trick of digital marketing, their account already has almost 300,000 followers. The reason: posts of simple recipes, based on existing popular meals. “The popular meal is food that is found in the corner shops of the poor neighborhoods or any small markets in the suburbs. And that’s what the real people eat: tomatoes, lettuce, sweet potatoes, yams, cabbage, beans, beets, carrots.

If you remove animal protein, it’s essentially a vegetarian menu,” explains Leonardo. “We weren’t really waiting for this boom on Instagram, we just did what we believed in a very honest way, close to our own reality, and we began to receive very positive feedback from people who thanked us for breaking the myths surrounding the vegan diet.” Of course, reconfiguring their daily menu was not enough for the brothers: they decided to reconfigure their entire lifestyle. They started paying attention to clothing labels and buying hygiene and cleaning products that were not tested on animals. They stopped wearing leather, wool or silk clothing.

‘Our organics come from the communal garden and atreally affordable prices. One foot of organic lettuce is sold for two reais (around £0.30). Organic consumption must be encouraged to make it more accessible. But we do believe in this model of family farming, as, for example, the work done by the Movimento dos Trabalhadores Sem Terra (Movement of Workers Without Land).’

They became concerned with the social issues around veganism and embraced activism more broadly. Aware that vegetables grown in Brazil for mass consumption were often exposed to pesticides and other chemical agents, they knew that they wanted an organic diet but were concerned about the prohibitive price. “That’s when we noticed the work in the Campo Grande vegetable garden, in our community, which is an incredible job, a communal garden that is about 16 years old,” says Leonardo. The initiative was started by a group of families that live close to the site, and what used to be a landfill where garbage was thrown out has become a source of health and wellbeing for the community.

“Our organics come from the communal garden and atreally affordable prices. One foot of organic lettuce is sold for two reais (around £0.30). Organic consumption must be encouraged to make it more accessible. But we do believe in this model of family farming, as, for example, the work done by the Movimento dos Trabalhadores Sem Terra (Movement of Workers Without Land),” he adds. But despite their large following on social media, the twins are still struggling to convince low-income Brazilians to rethink their menus. They believe there is a direct relationship between class and the consumption of industrialised products, and especially meat. “On the margins there is access to food but not access to information,” says Leonardo. He and his brother are hoping that, slowly but surely, their social media campaign might help to fill that vacuum. 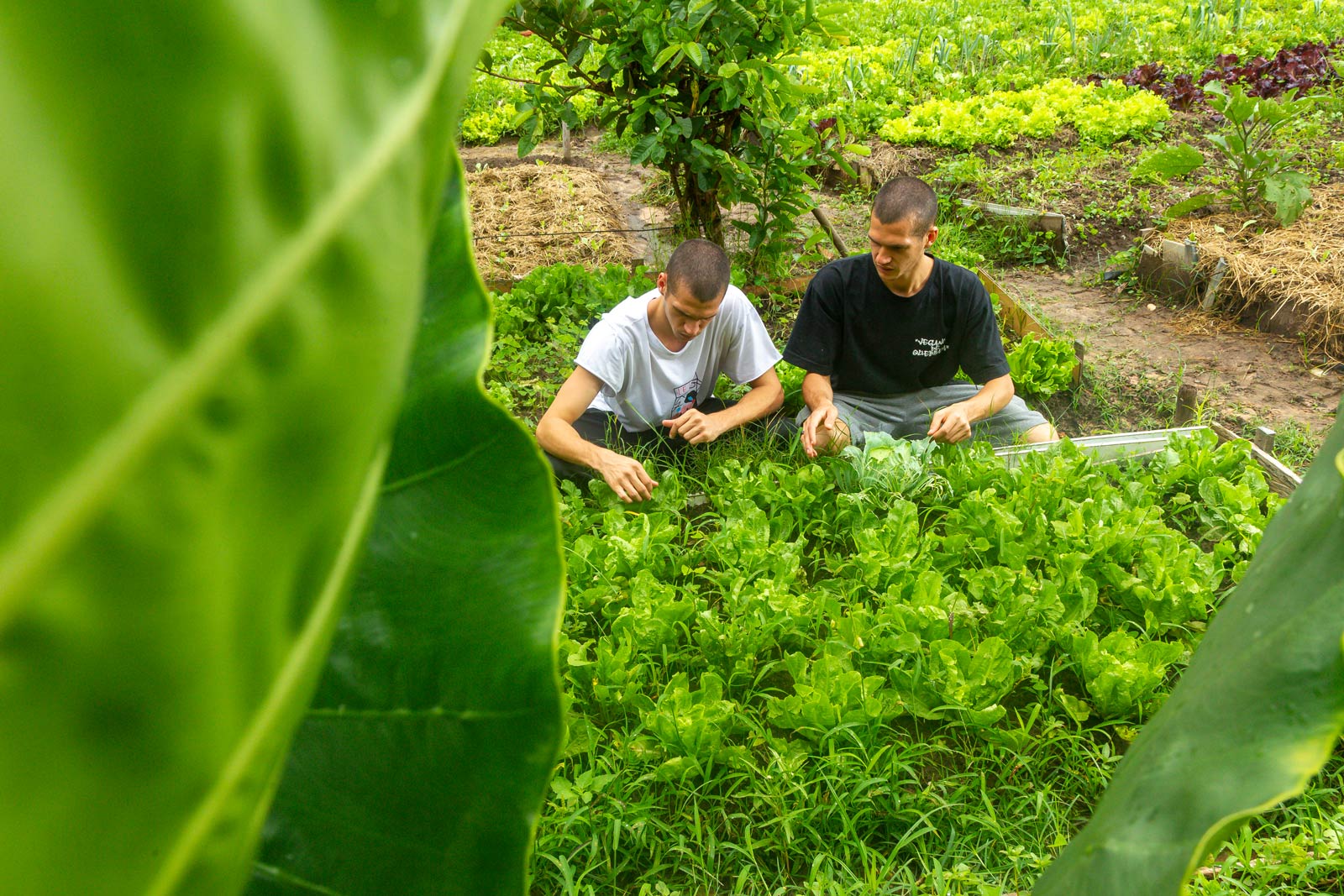 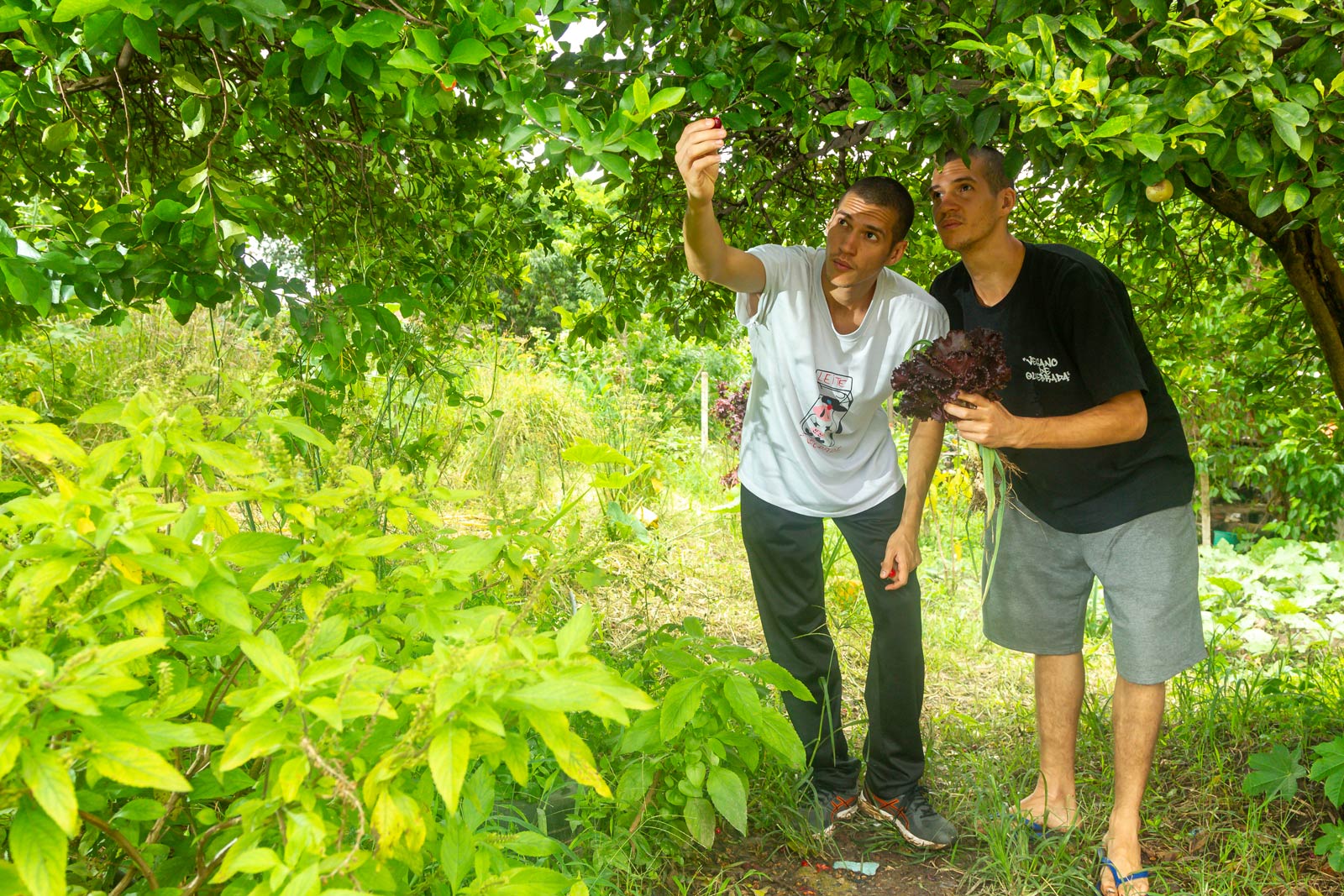 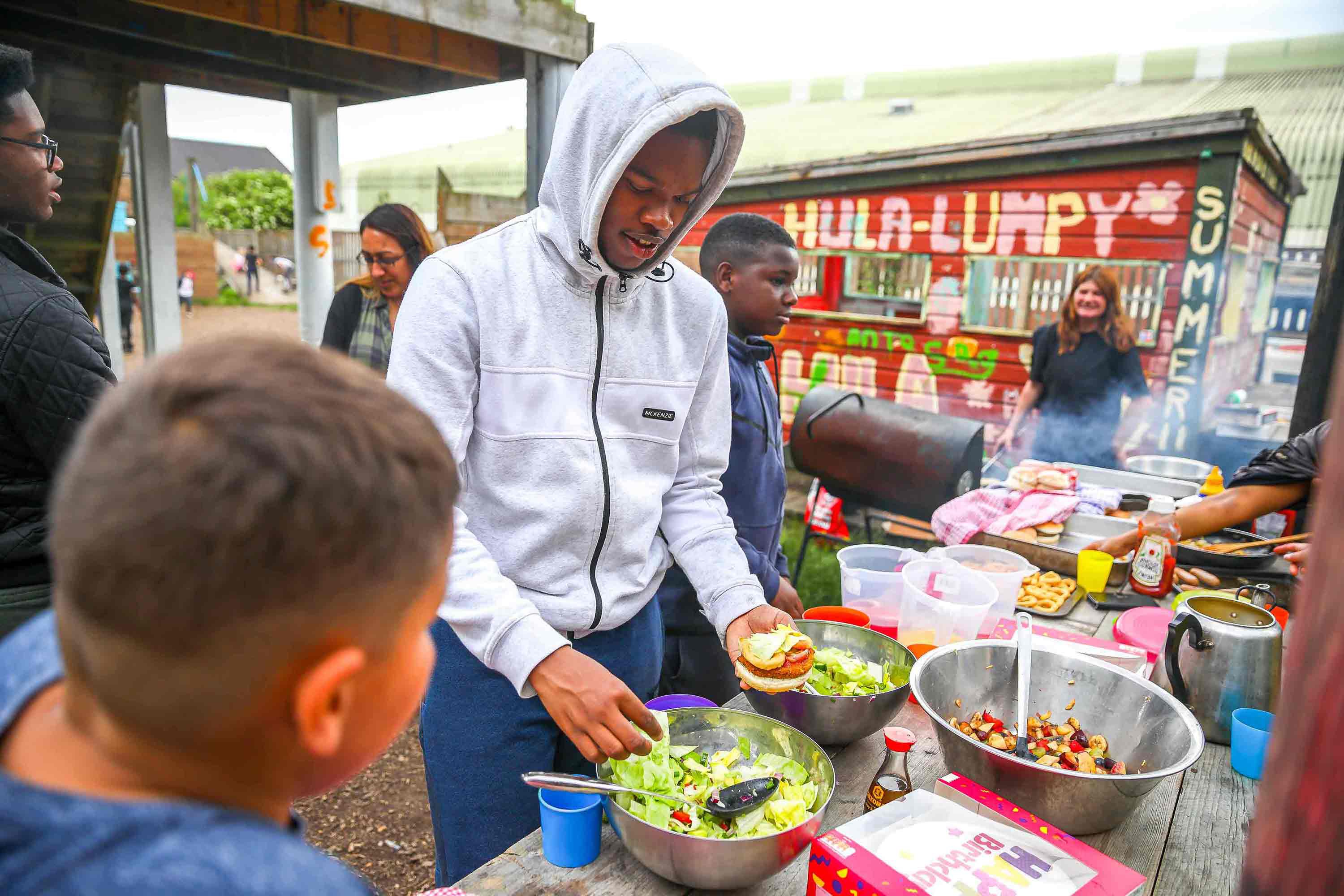 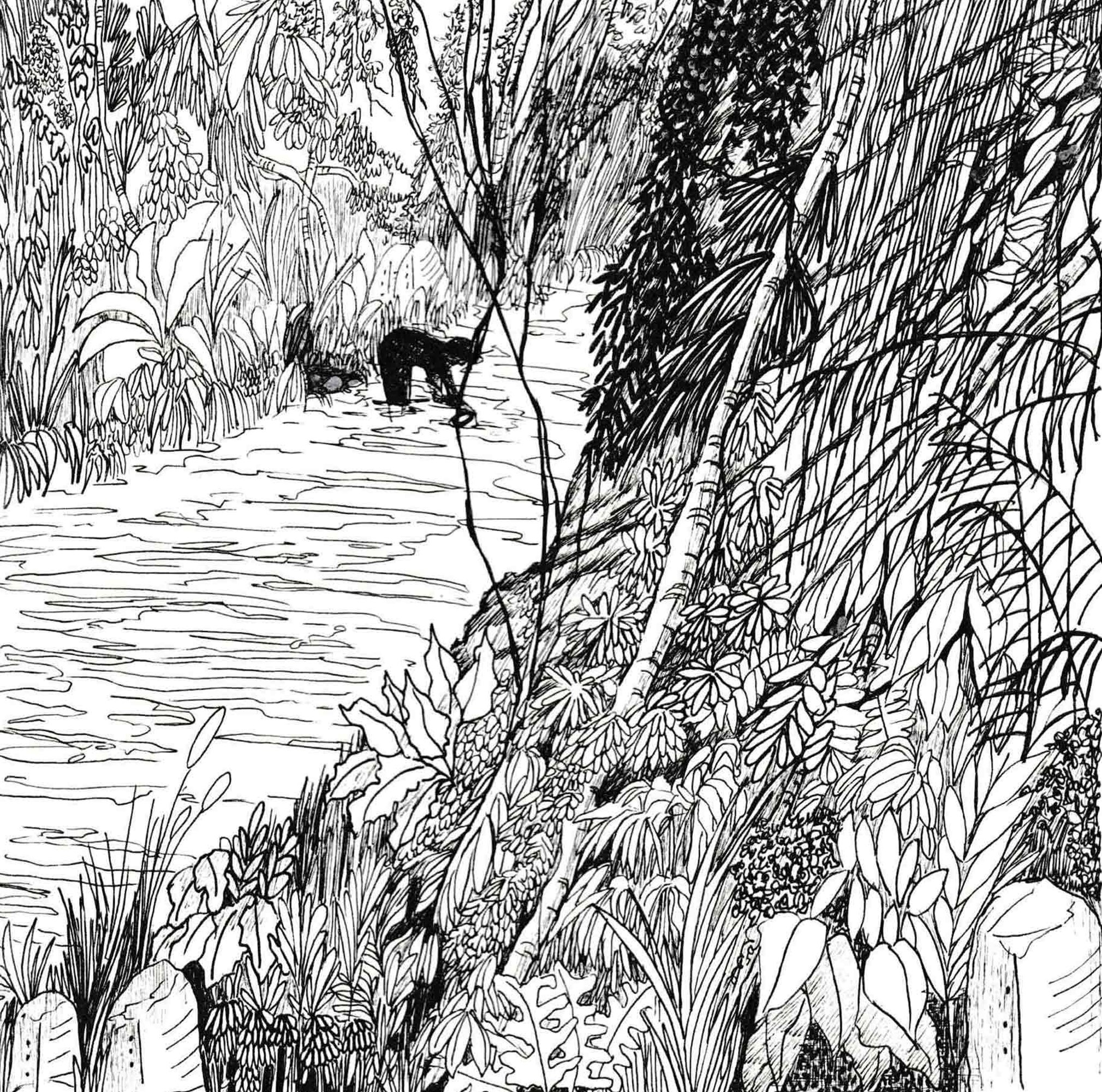