How the kitchen of an occupied building in São Paulo, Brazil, became part of a social justice movement to provide food, shelter, cultural activities and job opportunities.

If you ask any Brazilian where the best place in the house is, almost everyone will answer without hesitation: the kitchen. In most Brazilian homes, this is the place where families gather for meals for hours on end, especially on Sundays. At parties, even with the dance floor pumping next door, it’s in the kitchen that everything happens: food and drinks, conversations and heated debates, relationships beginning and ending.

In São Paulo, the Cozinha Ocupação 9 de Julho (9th July Occupation Kitchen) seeks to bring the same feelings of warmth and fondness to its residents. In addition to serving meals both to residents and the general public, the kitchen’s organisers have become fierce promoters of projects in culture, education, work and fair pay, aiming at building solidarity and a more diverse and less inequitable city. The residents, who are mostly informal and low-income workers, are offered encouragement and support to build their own businesses in addition to being paid for their contributions in the kitchen. This serves as a safeguard against eviction and the criminalisation of housing movements, as well as a way to gain extra support from the wider society.

The vegetable garden of the Ocupação 9 de Julho. Carmen Silva, the founder and leader of MSTC, is on the right, with Dona Irene - one of the residents who tends the garden.

Residents continue to develop the community garden - growing vegetables and flowers; and composting.

‘In addition to serving meals both to residents and the general public, the kitchen’s organisers have become fierce promoters of projects in culture, education, work and fair pay, aiming at building solidarity and a more diverse and less inequitable city.’’

Guest chef Bela Gil harvesting for one of the Sunday lunches, which quickly sold out.

The community kitchen is linked to the city’s Movimento Sem Teto do Centro (MSTC: Homeless People’s Movement). The MSTC was founded by activist Carmen Silva, who left her birthplace of Bahia to live in São Paulo in the 1990s but, without a job, was forced to live on the street. She began to attend meetings of the Fórum de Cortiços e Sem-Tetos (Forum of Tenement Dwellers and Homeless) formed by residents who organised themselves for better housing conditions. After occupying the former Instituto Nacional do Seguro Social (INSS: the National Institute for Social Security) - now known as Ocupação 9 de Julho, named after the street adjoining the building - which had been vacant for more than three decades, she created the MSTC with the help of other women in the building.

The MSTC identifies other buildings that have been abandoned, where the owners have failed to pay taxes to the city, and then occupies them, while offering support to residents. The movement aims to bring dignity to other low-income workers, defending the fundamental right to housing, which is guaranteed in the Brazilian constitution and contained in the UN’s Universal Declaration of Human Rights. Today, five occupations and one project are part of the MSTC, which works in partnership with the Faculty of Architecture and Urbanism at the University of São Paulo and Escola da Cidade, taking nearly 3,000 people from substandard housing or homelessness, and promoting social inclusion and wellbeing. The Ocupação 9 de Julho alone now houses 128 families being assisted by the MSTC.

From garden to table, vegetables from the community garden and local producers are prepared in the kitchen and used for the lunches and other events.

‘The kitchen is multiplying opportunities, both for work within the occupation, and in the formal market, such as restaurants.’

As a part of the 2017 International Architecture Biennale of São Paulo, the Ocupação 9 de Julho building was opened up to visitors. Artist groups from other occupations had come together to raise funds for a variety of projects and initiatives, and, in partnership with MSTC, some funds went towards improving the facilities and equipment of the Ocupação 9 de Julho communal kitchen, which was then able to offer lunches for Biennale visitors. “With the kitchen improvements we had already decided to make the lunches a permanent project,” says photographer Edouard Fraipont, one of the occupation’s activists and a contributor to the management of the kitchen. “So, after the Biennale finished, on the last Sunday of every month, people would be able to visit.”

This routine helped to uncover the potential of many people who lived there, via providing work opportunities, exchanging knowledge around the kitchen and also helping to strengthen the solidarity economy within the MSTC movement itself. “The residents were encouraged to produce. The kitchen is multiplying opportunities, both for work within the occupation, and in the formal market, such as restaurants. This not only reinforces a positive image of how those outside see the occupation, but also enhances the lives of residents themselves,” Edouard reflects. He mentions the story of former cleaner Selma, who started making acarajé (a dumpling made from black-eyed beans typical of the state of Bahia in northeastern Brazil) to sell at lunch. “Today, she has her own market stall and sells not only in the occupation, but also in other places, together with other partners,” he says.

With all this activity going on, it didn’t take long for the initiative to draw the attention of artists, poets, musicians and intellectuals who helped to change the face of meetings around the kitchen table. Thus, the lunches - always vegetarian and prepared with inputs from small local producers - turned into lively gatherings that attracted hundreds of people interested in the intense cultural programme of gigs, exhibitions, literature, dance and theatre performances, alongside classes and workshops.

And it didn’t stop there: award-winning chefs such as Rodrigo Oliveira, from Mocotó restaurant and Helena Rizzo, from Maní, 7th on the list of Latin America’s 50 Best Restaurants 2021, also joined the Cozinha Ocupação 9 de Julho, creating special lunches and attracting the attention of an audience that usually wouldn’t engage with the movement. This brought fresh ideas and helped to break the stigma and prejudice around the occupation and those who inhabit the building. “This made people see and understand that the movement is serious and that those who occupy these places are low-income workers, who actively engage with the collective actions in the building, renovating the environment safely and taking care of the entire area around it,” says Edouard.

In fact, those who visit the Ocupação 9 de Julho building today see a level of organisation not often found in other occupied buildings around the city. One of the highlights is the developing community garden. It is tended to by the residents, and today contains around 20 flower beds, medicinal plants and a wide variety of herbs and vegetables used in the communal kitchen. These facilities, alongside the creation of a library built with donations, and the use of the pre-existing sports court and parking lot as events spaces, has led to life in the building being structured in such an effective way that the space now has official recognition from public authorities: the building is registered and files accounts, which allows the occupation to access public resources for housing.

A performance from Pequeno Cidadão (Little Citizen) during one of the Sunday lunches.

The global pandemic brought deep social changes worldwide. Similarly, the pandemic changed the occupation too. If communal meals were frequent before, during the months when the social gatherings were prohibited, the members of the Cozinha Ocupação 9 de Julho were forced to cease their work. However, they were also deeply aware that a solidarity kitchen movement was more necessary than ever to support the most vulnerable. That’s how Lute Como Quem Cuida (Fight Like Those Who Nurture) was born, a campaign created to raise funds for the production of takeaway lunches distributed every Sunday. In addition to feeding those in need in the centre and suburbs of the city, this campaign also generated extra income for the residents, many of them facing unemployment, who volunteered to help produce the lunches. They came up with a novel twist for raising funds while helping the community: for each meal sold, other meals would automatically be donated to people in need.

With the relaxation of the lockdown rules in 2021, the original Sunday lunches at the Cozinha Ocupação 9 de Julho were resumed, once again with the participation of artists and the general public. “It’s crazy, an intense job, but with the pandemic the kitchen has become the means of support for several families in the occupation”, says Edouard. “We want to make new projects, occupy other spaces and keep this kitchen running at full steam. The MSTC and the kitchen of the occupation are not trying to create a dependence on welfare. It is, above all, about active exchange and partnership.”

The sports court is both an events and lunch space. 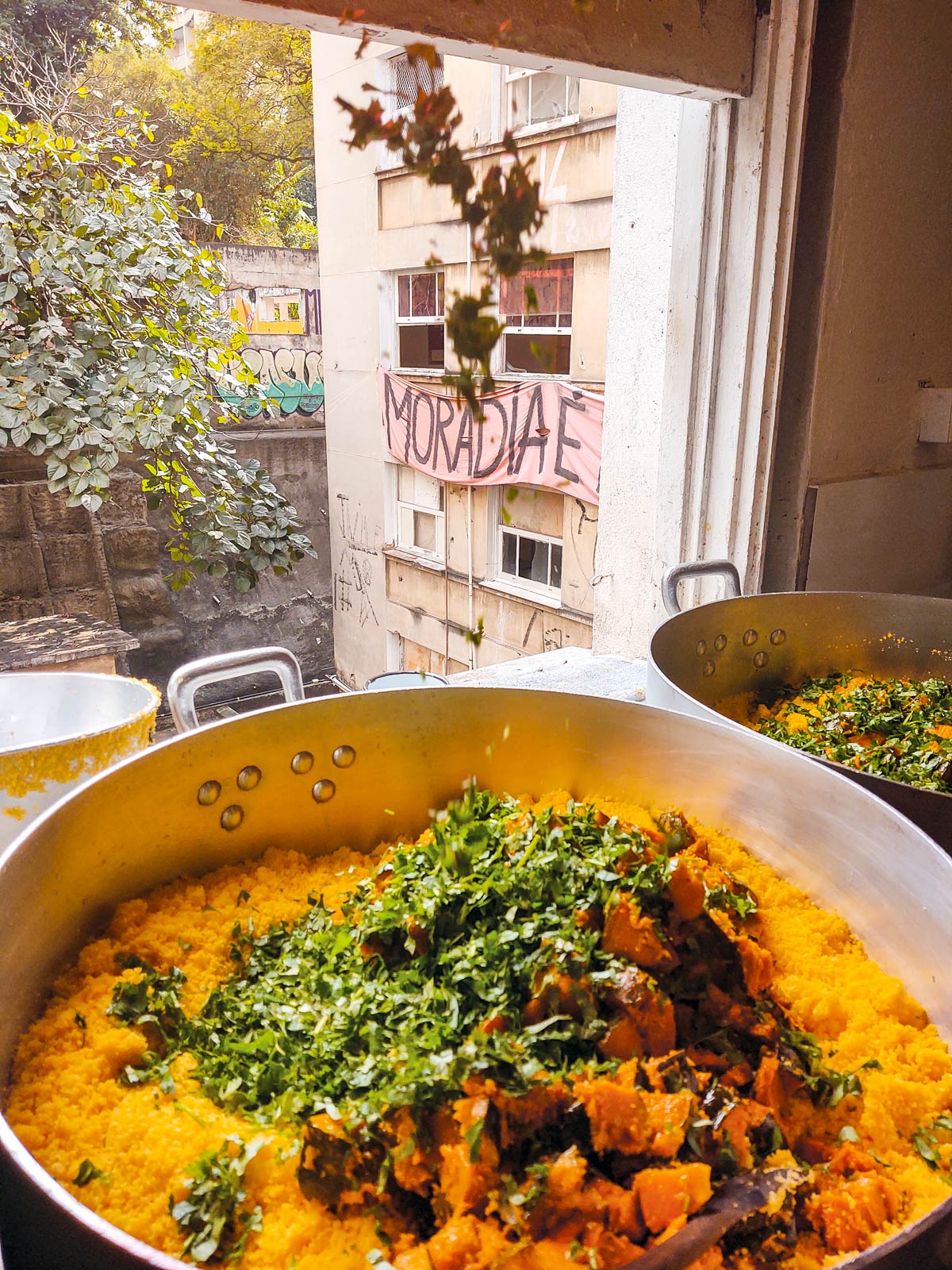 The vegetable garden of the Ocupação 9 de Julho. Carmen Silva, the founder and leader of MSTC, is on the right, with Dona Irene - one of the residents who tends the garden. 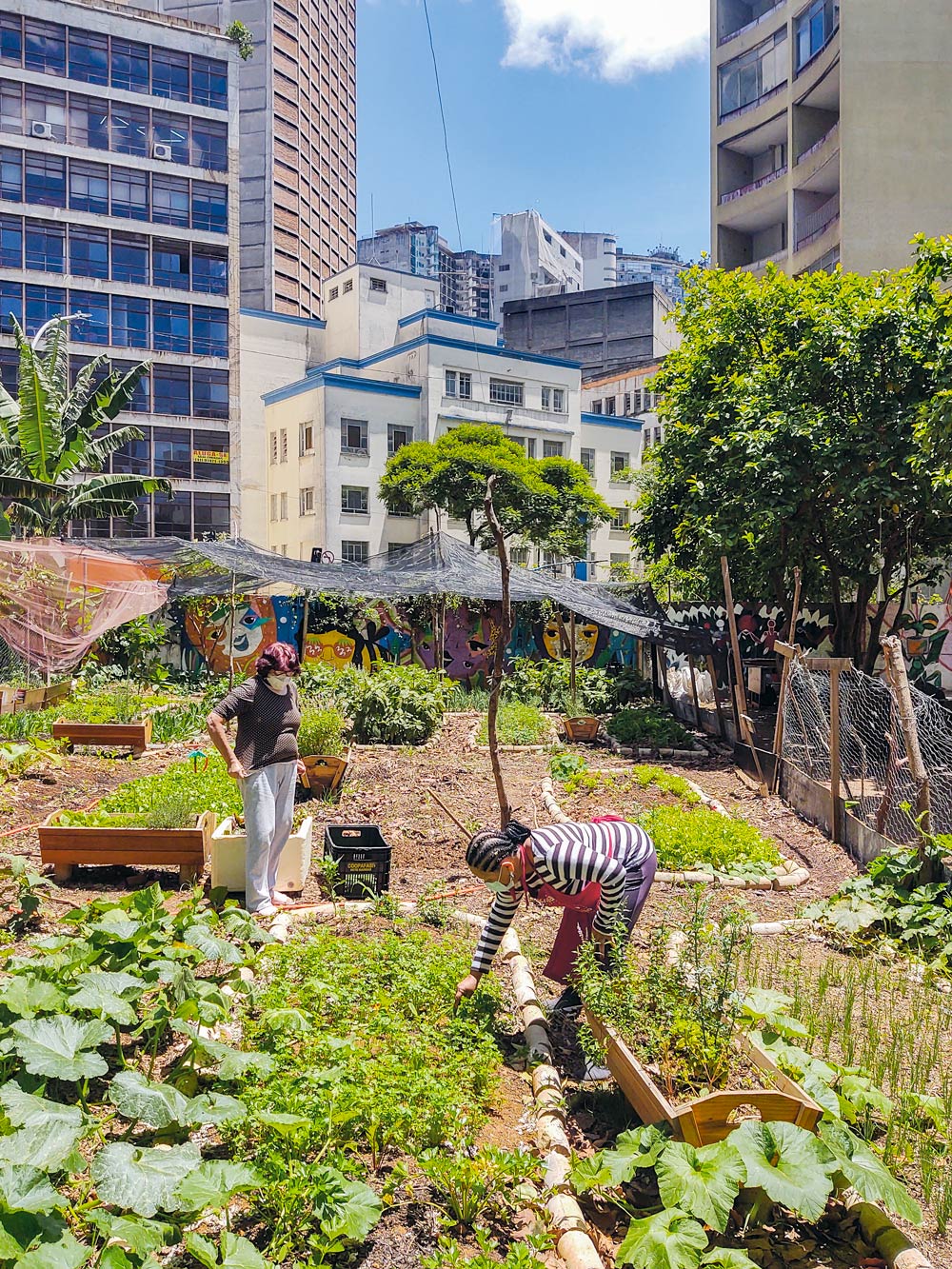 Residents continue to develop the community garden - growing vegetables and flowers; and composting. 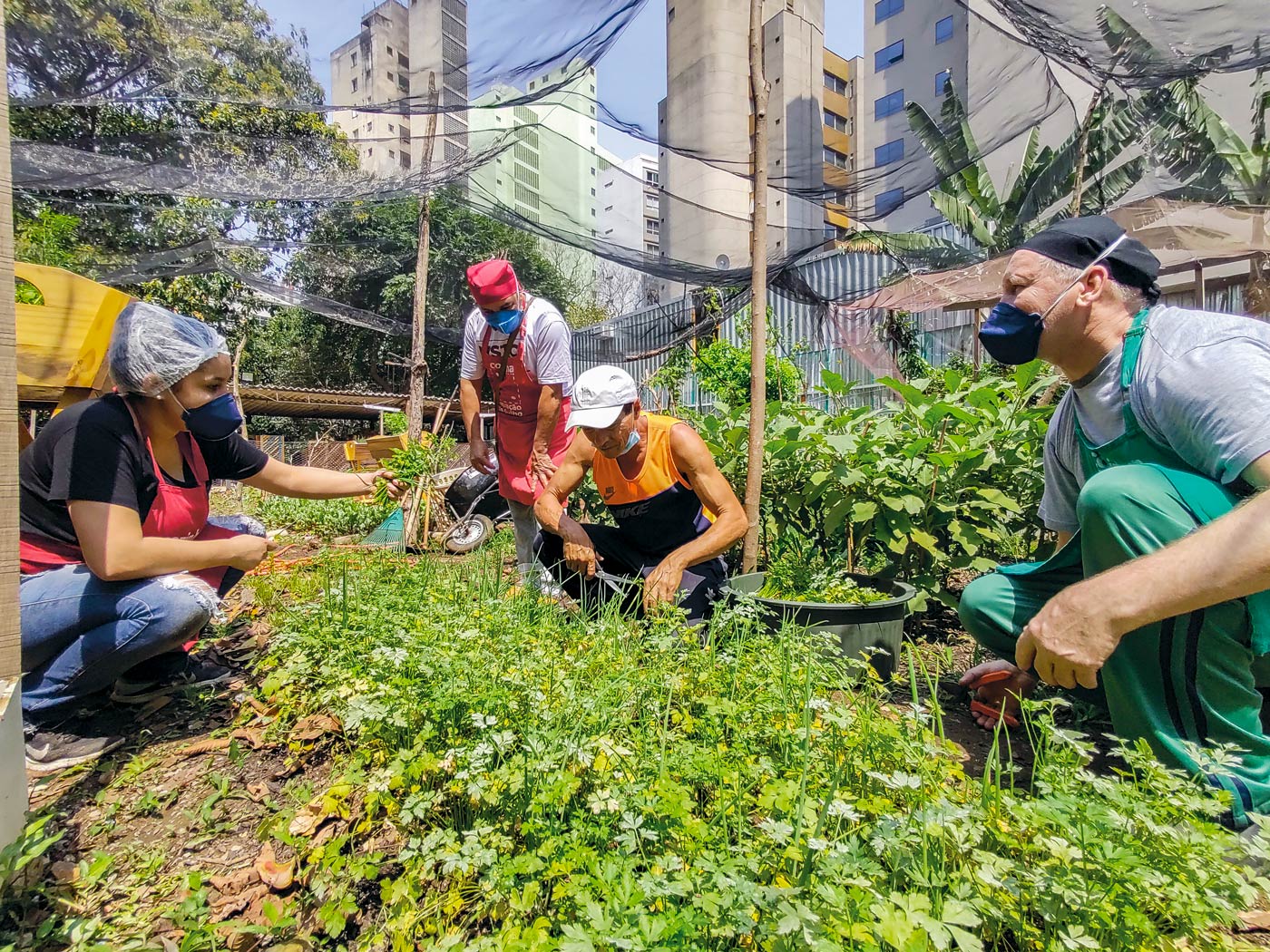 Guest chef Bela Gil harvesting for one of the Sunday lunches, which quickly sold out. 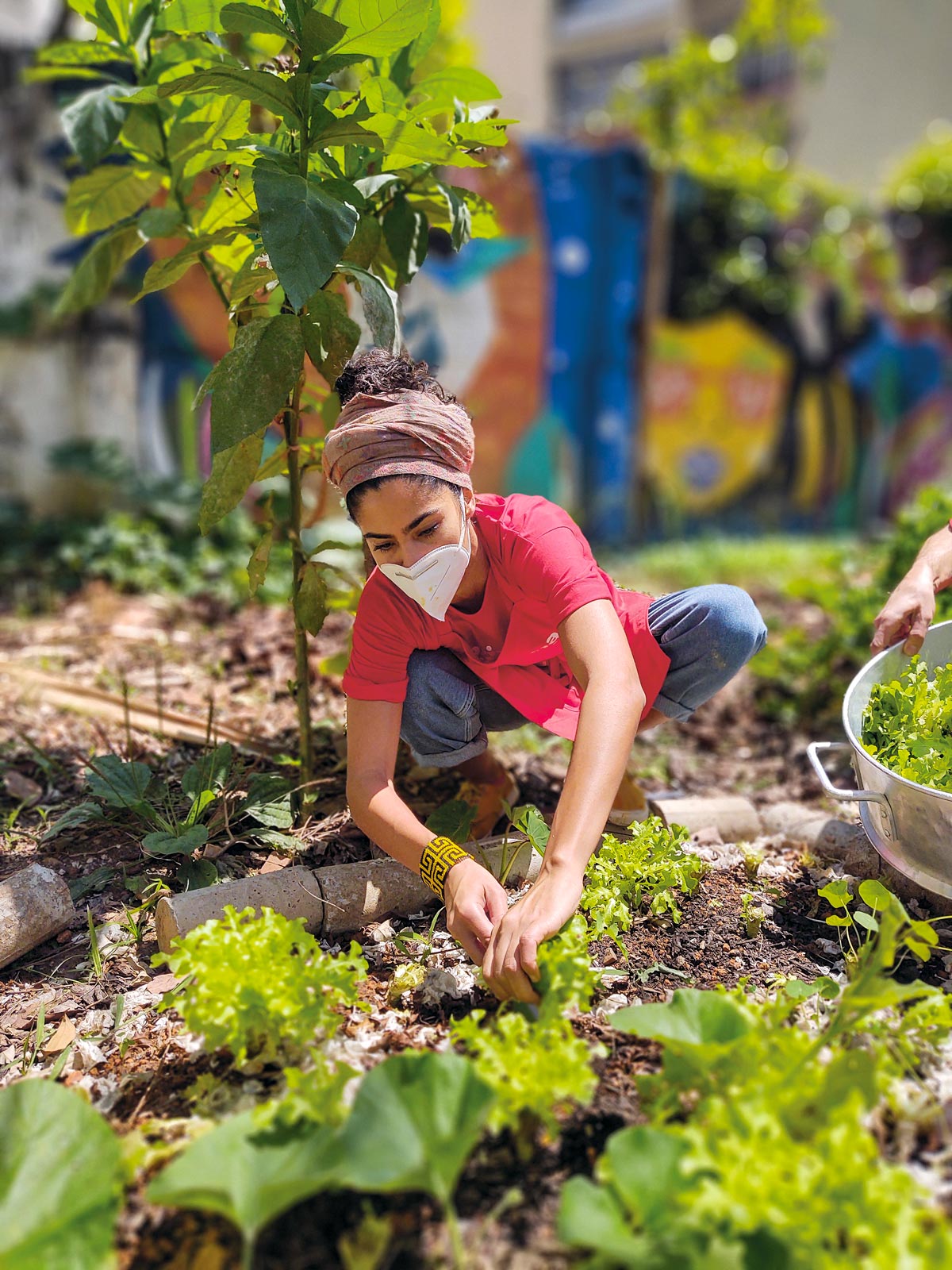 From garden to table, vegetables from the community garden and local producers are prepared in the kitchen and used for the lunches and other events. 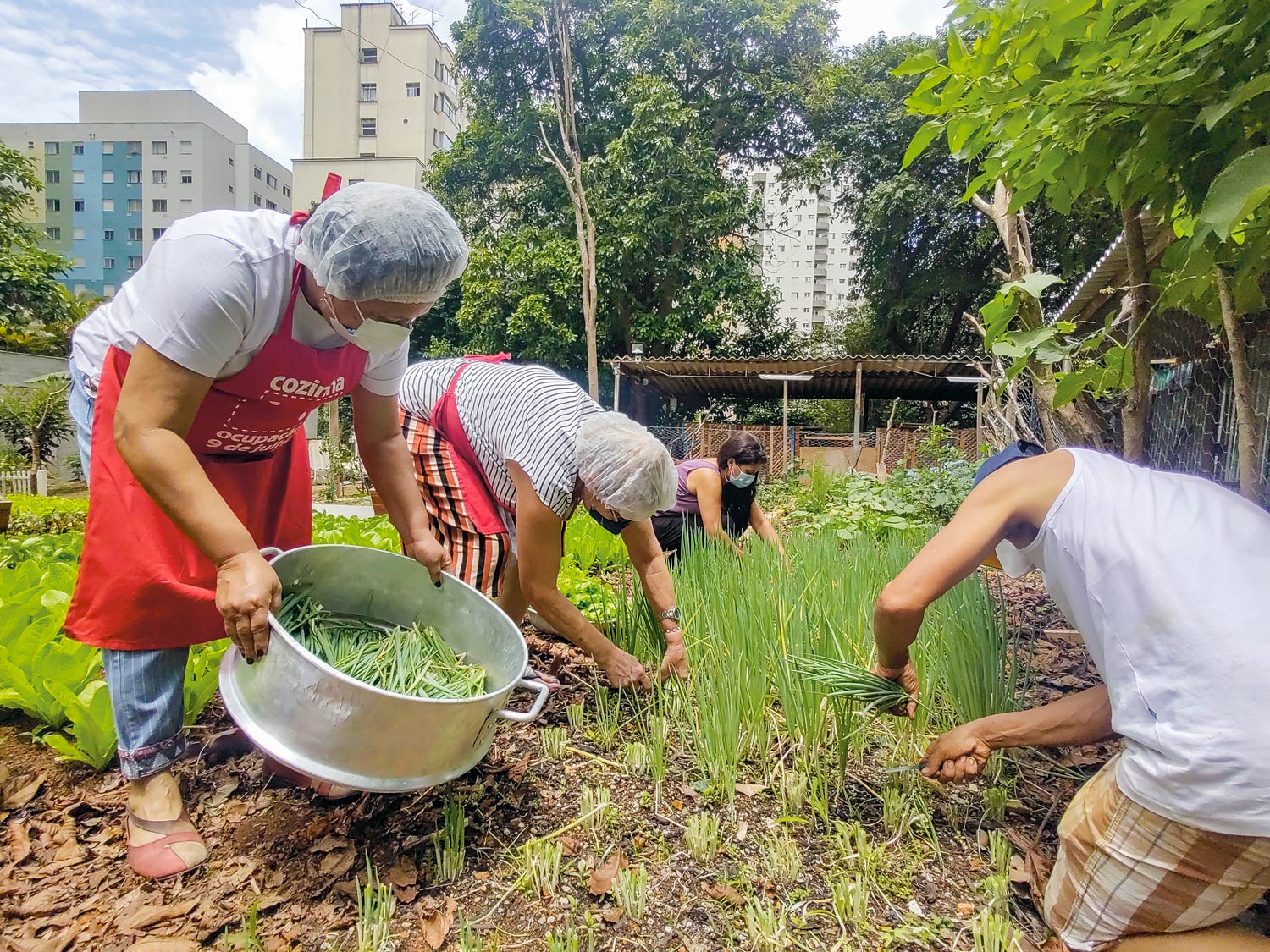 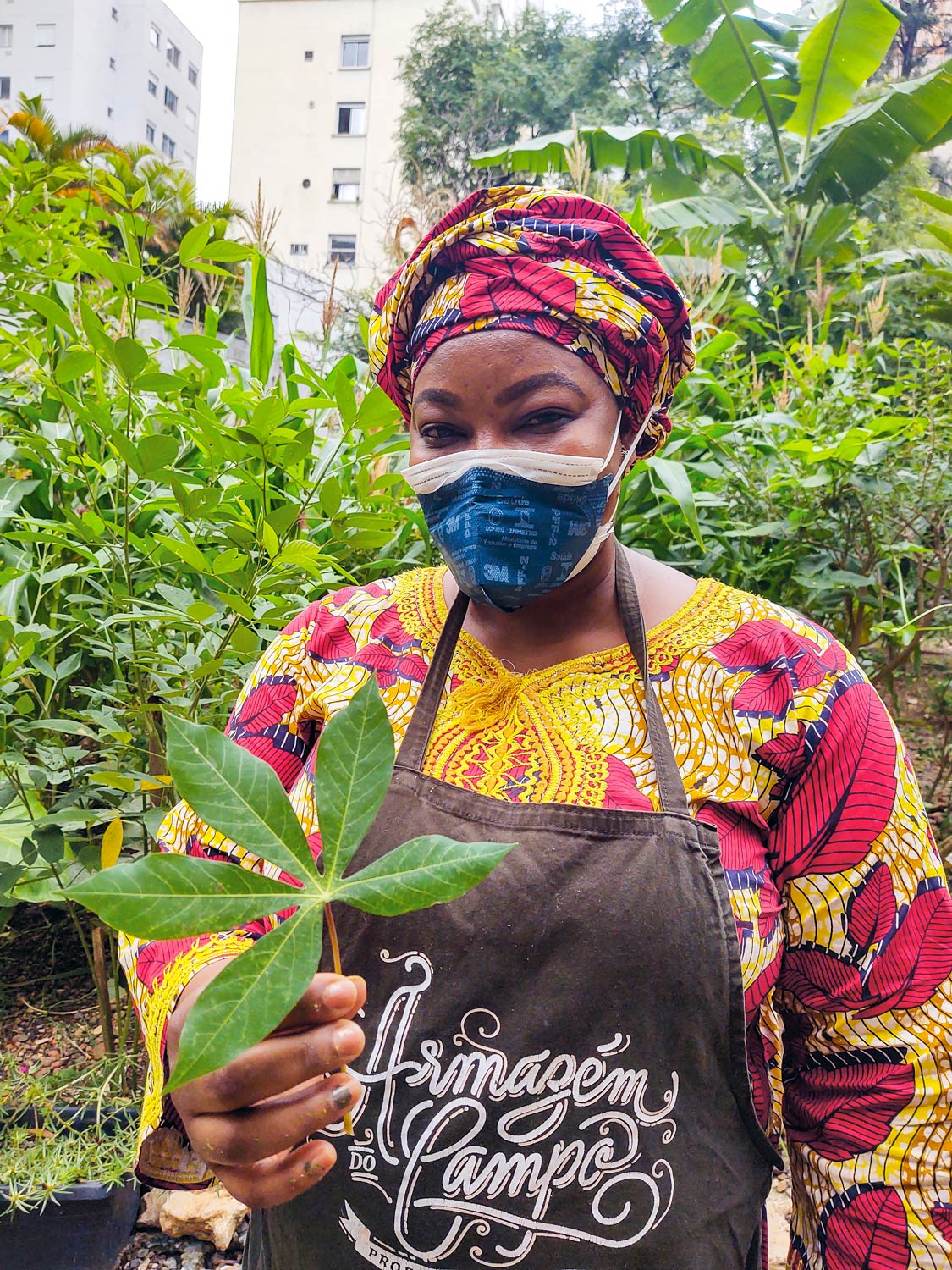 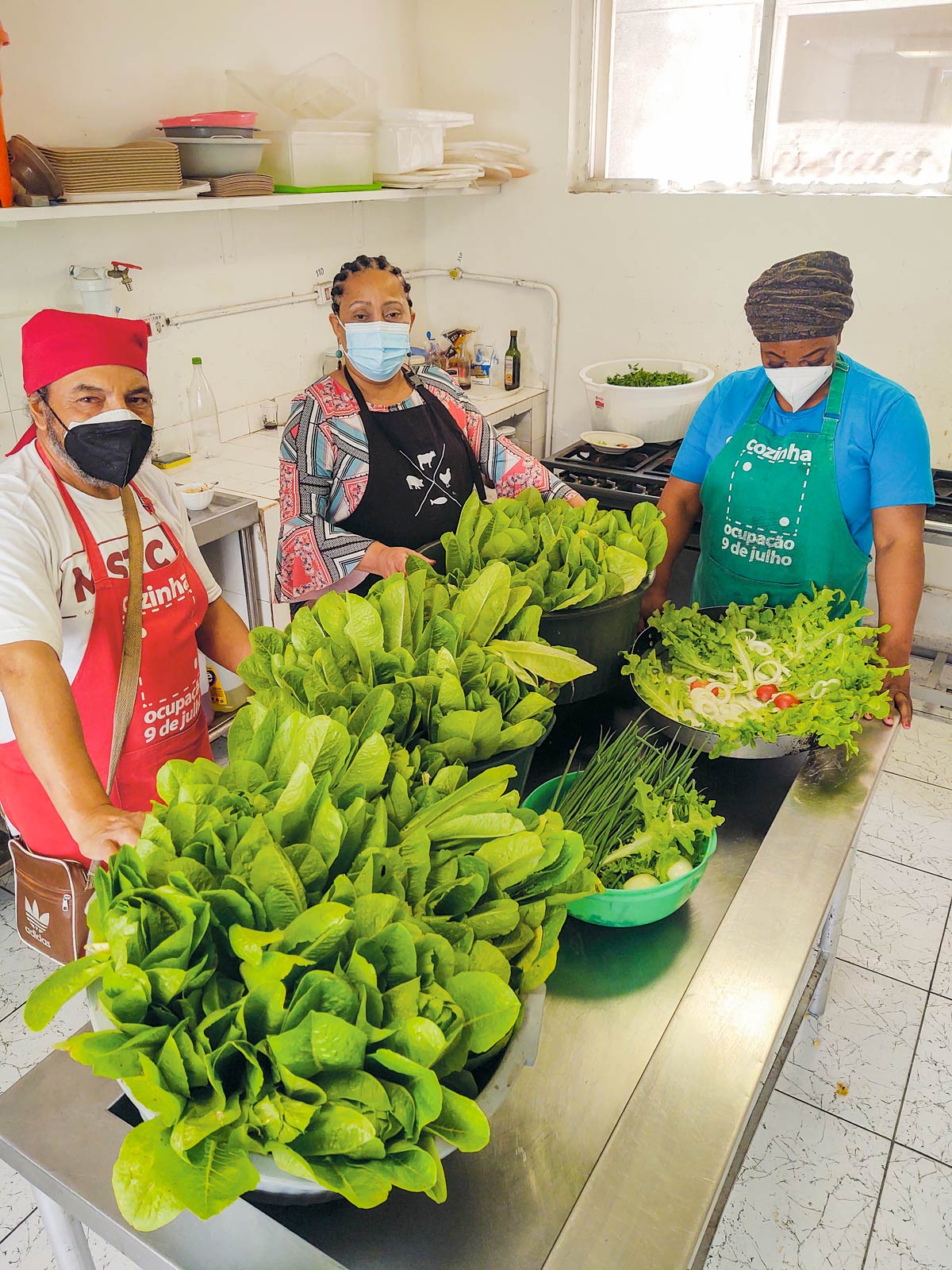 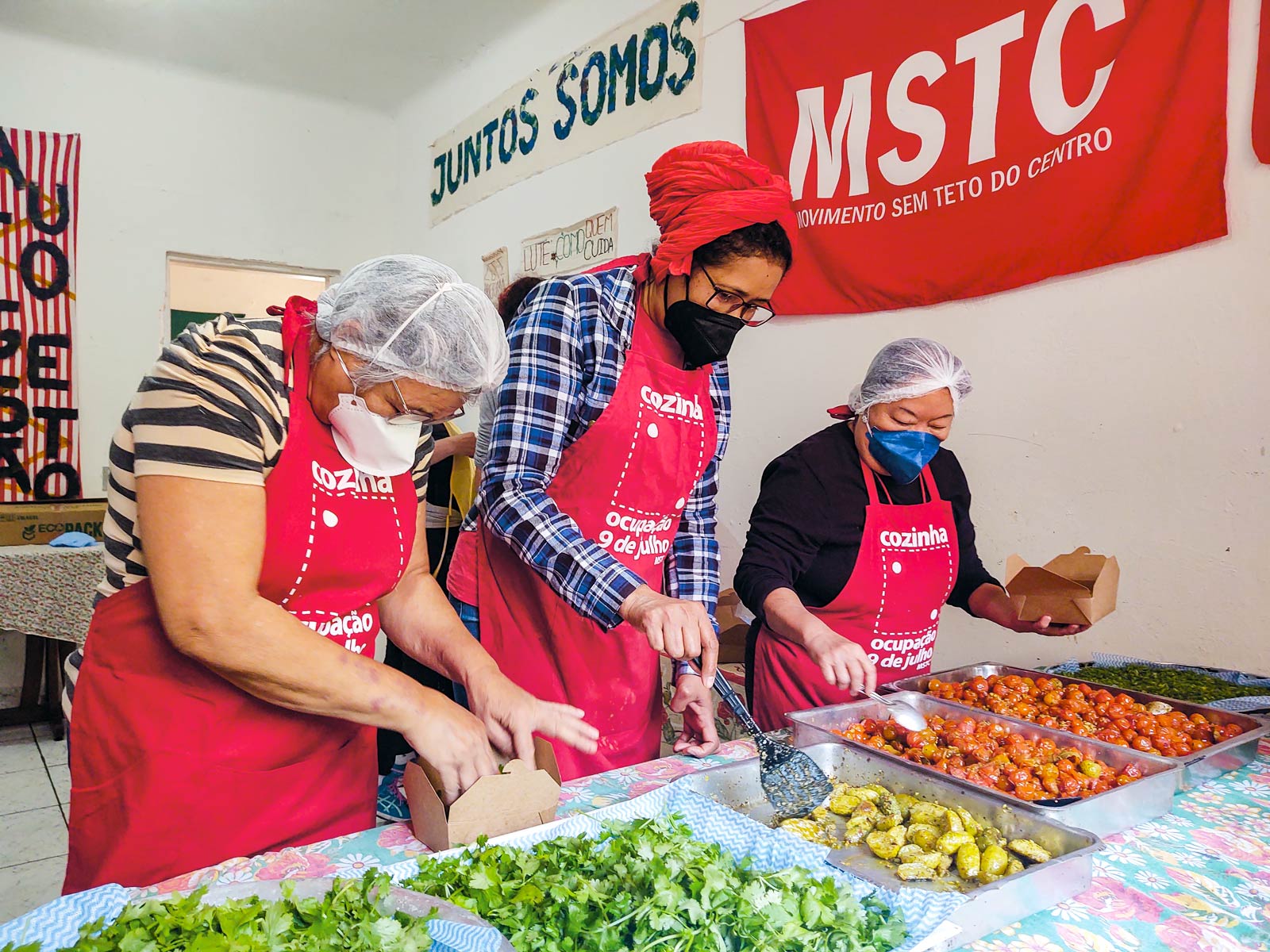 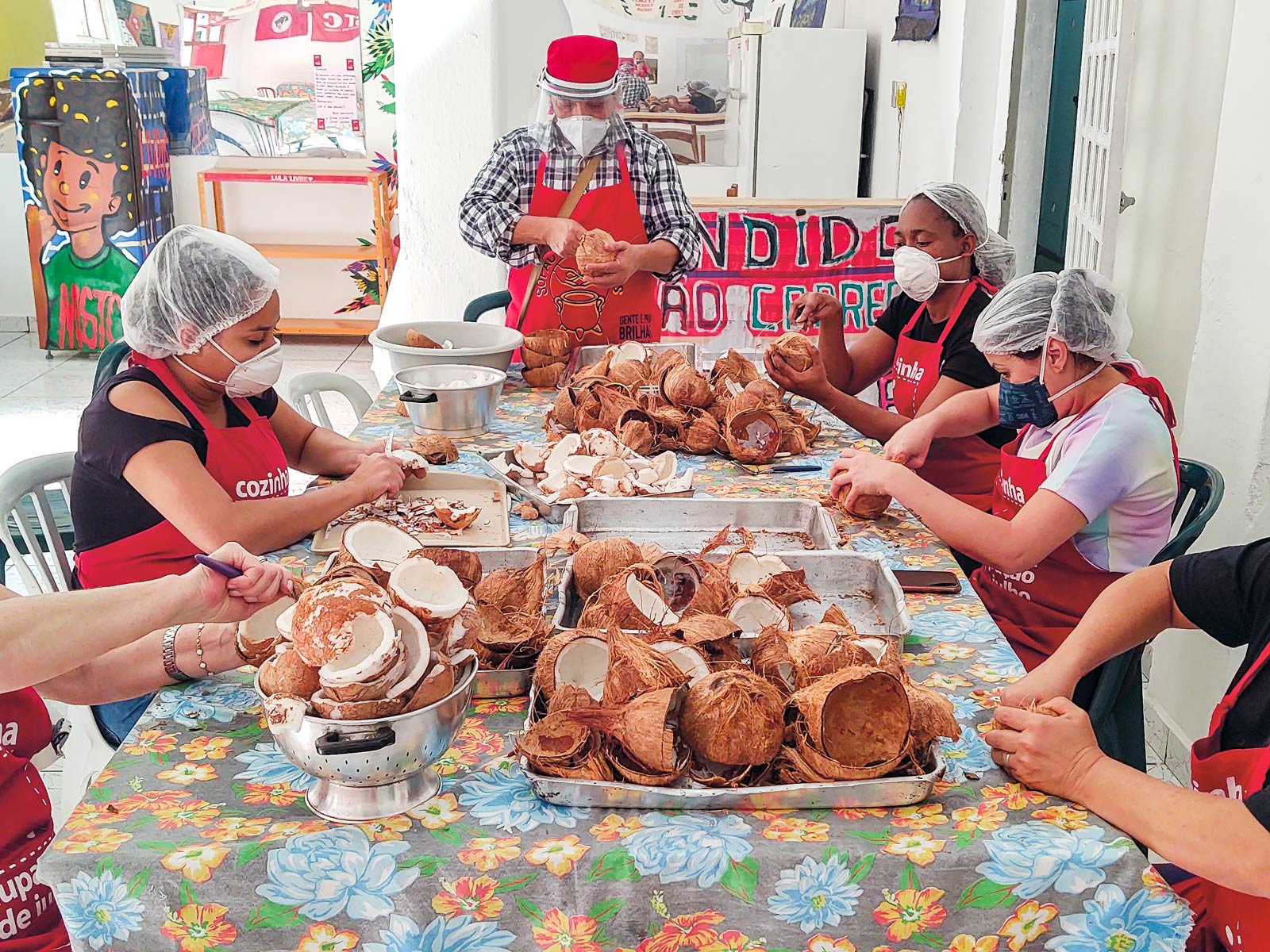 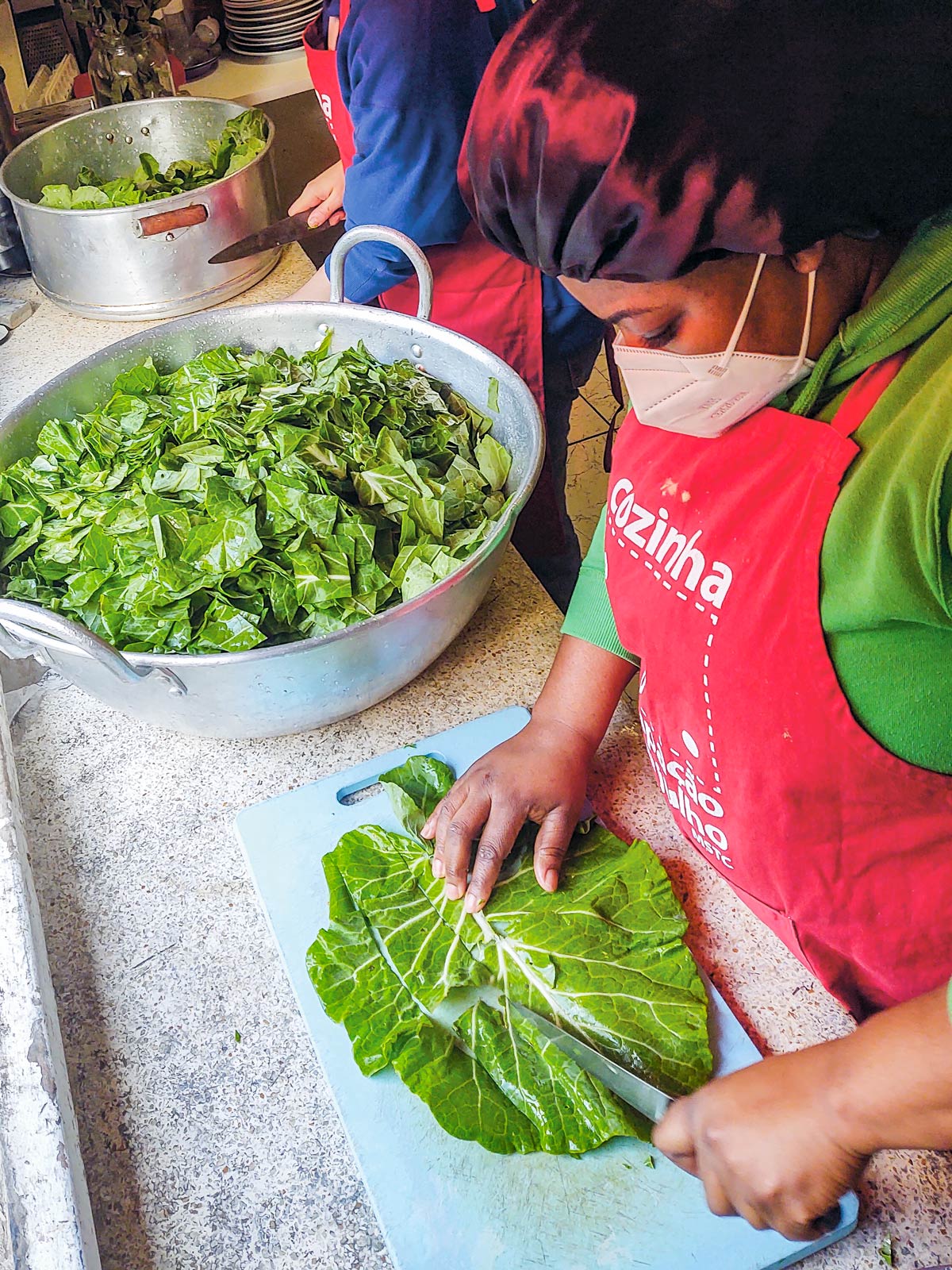 A performance from Pequeno Cidadão (Little Citizen) during one of the Sunday lunches. 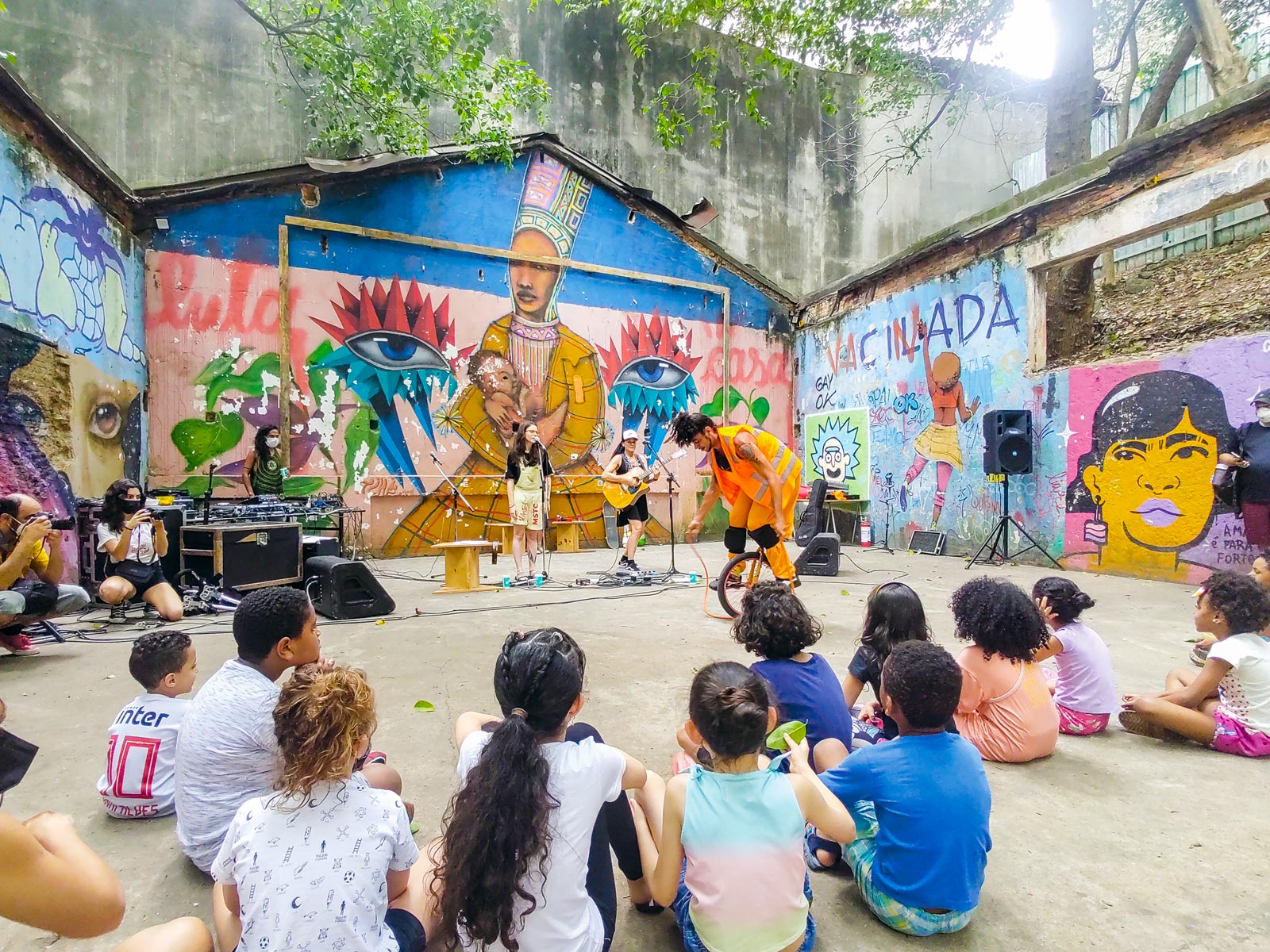 The sports court is both an events and lunch space. 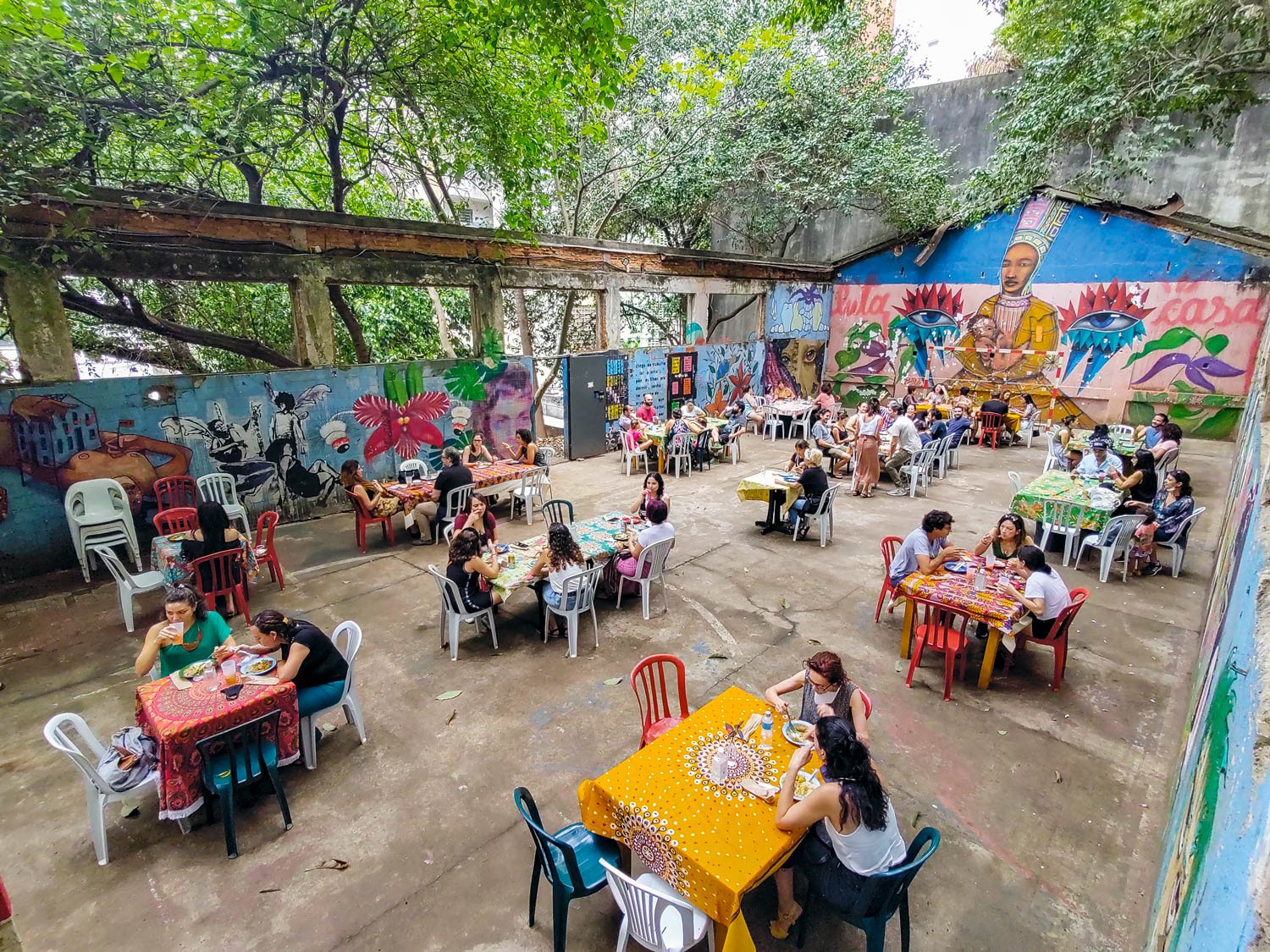 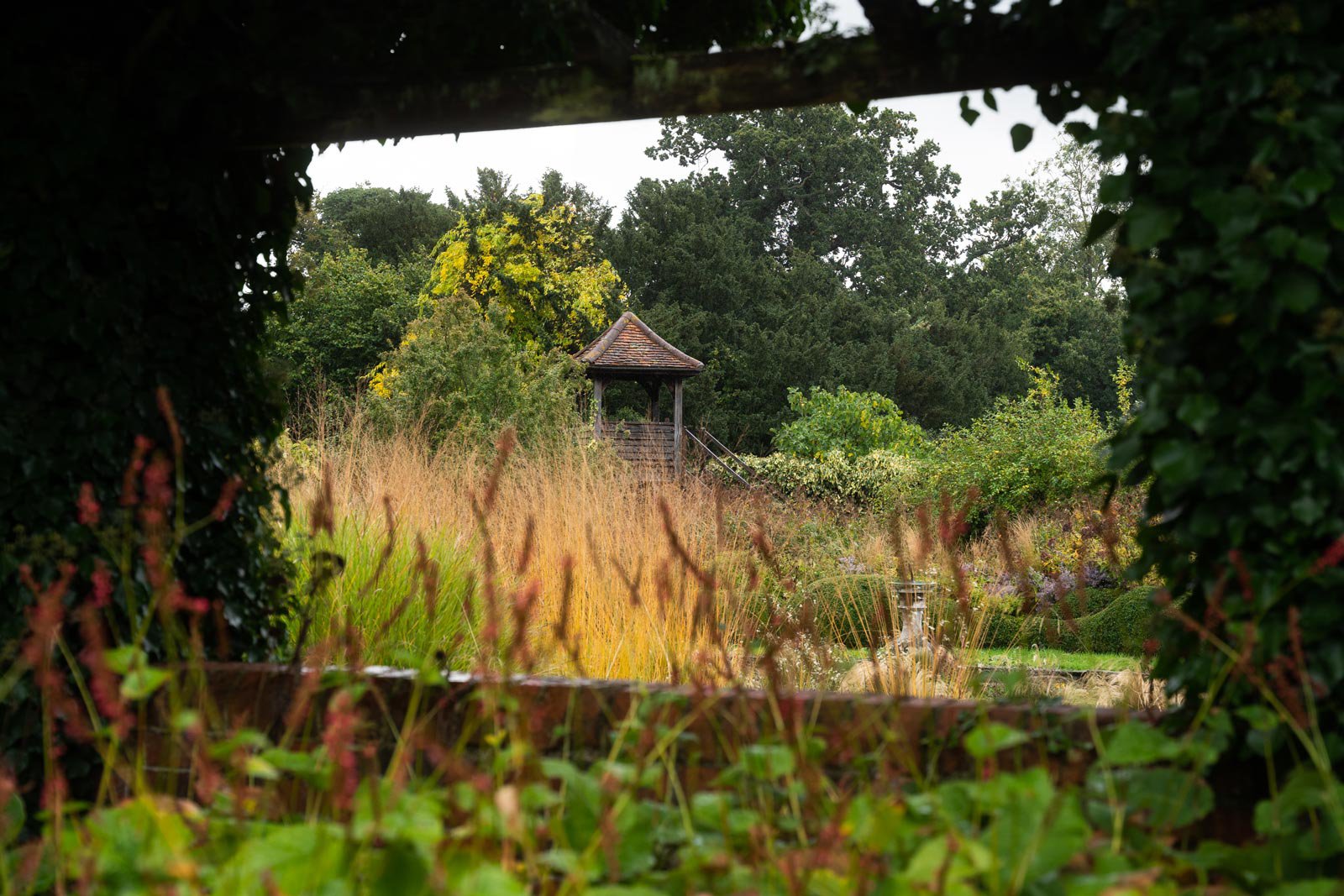 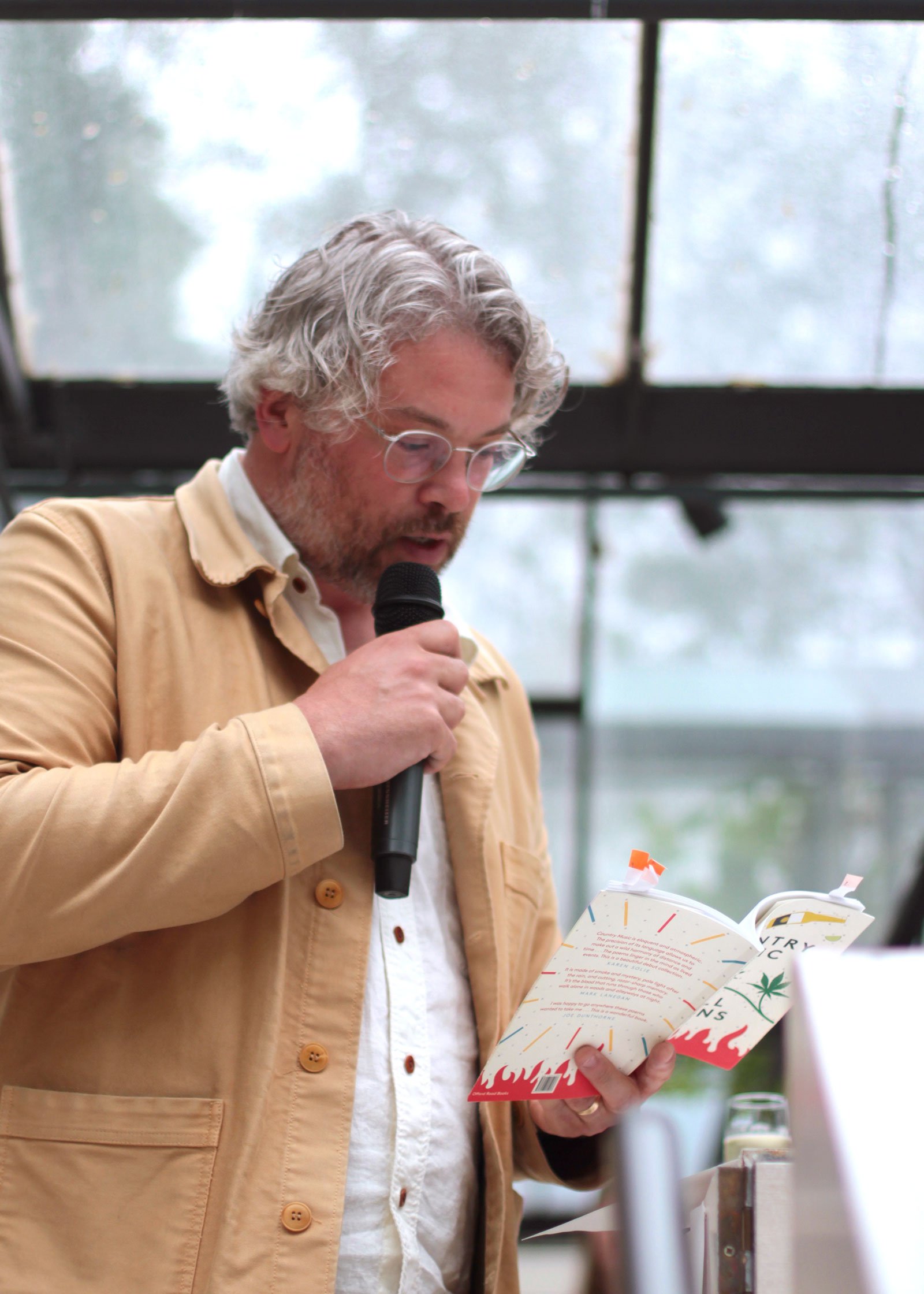