Tamara Dean’s beautifully composed photographs pull viewers into fantastical and instinctual worlds. She presents human beings immersed in ecosystems, as mammals threatened by environmental degradation just like any other species.

‘Humanity is part of the incredibly intricate and fragile ecosystem of the planet we live on. We are a part of nature and our fate is entwined.’

Tamara Dean was an environmentalist before she became a photographer. She recalls that her early instances of activism included writing a letter to her local council about the state of the oceans when she was 13. As a young woman, she got involved in protest movements, working to protect Australia’s forests under threat of logging, for example.

After taking up photography in school and following a degree in art and design at university, in 2001 Dean joined the Sydney Morning Herald as a news photographer. Eventually, it was motherhood that pushed her to combine her photographic skills with her early concern for the degradation of the environment. In 2014, she made the transition to being a full-time artist and began to develop the style that would bring her international recognition.

Dean’s photographs present humans as mammals living as part of their ecosystems, stripped bare of societal markers like clothing or technology. The works explore the intimate relationship between human bodies and landscapes, finding parallels between limbs and rock formations, or between human hair and the leaves of plants.

The 2017 series Instinctual depicts a group of young people standing naked in the shallows of a river or among the long grasses of a twilit field. There is a dreamlike atmosphere, creating associations of ritual and magic. The title and the models’ confident energy point to an ancient, intrinsic link between human beings and their environments, suggesting simultaneous vulnerability and instinctive ease in relation to the wild.

This concept is picked up again in In Our Nature, which presents a diverse group of models of various ages interacting with the unique species found in the Adelaide Botanical Gardens. The models’ faces are often hidden, emphasising the animalistic elements of their behaviour. They crawl and crouch, climb and creep, apparently both relishing and fearing their surroundings. There is a play on traditional wildlife photography; here, humans are captured “in the wild” or, rather, in “our” nature.

This is a site-responsive series, working closely and collaboratively with the constructed ecosystem of the botanical garden. Dean was interested in the strangeness of this planned and managed landscape, and in how the plants inside it seemed to break free of the rigid classifications and divisions of the garden’s colonialist roots: “Whilst there was an ordered and maintained sense to the garden in many ways, the plants themselves were wild, unruly and chaotic within this space. I dipped into this sense of fantasy and wonder by finding little areas within the foliage to create my works.”

Dean further explains: “For this series there was a huge amount of planning involved as I wanted to represent the seasonal changes in the gardens to correspond with stages of the human lifecycle in my models.” Dean returned to the garden again and again over the course of the year, studying how the gardens transformed with the seasons and responding quickly with new ideas.

Dean’s 2018 series Endangered is her most overt representation of her concern for the health of the planet and of the human beings who inhabit it. The title of the series refers to the vulnerability of human beings as mammals who are part of the ecosystem; the climate crisis damages human health and habitats just as it damages the lives of other living beings.

The series emerged in part from a trip into the ocean on an unexpectedly stormy day, where the challenges of art directing a group of naked models in cold, murky water quickly became apparent. Dean had no idea how the images would turn out, but the weather and churned up sea serendipitously turned out to create a beautiful, serene, and faintly sinister atmosphere.

The result is a series of magical images evoking both Pre-Raphaelite paintings of water-nymphs and wildlife documentary footage of a shoal of fish. In their watery context, human bodies become mercurial and elusive, highlighting the animal side of our natures and opening the possibility of transformation. We are capable of casting aside our everyday, worn-down selves, and emerging into a new appreciation for our shared world. There is a narrative here of rebirth and metamorphosis; there’s cause for hope, but the photographs also act as a warning. “We all share the same fragilities,” Dean says. Nevertheless, “as a species, if we come together we can achieve unimaginable things”.

In Endangered, as in many of her other series, Dean presents her human models naked, setting bare skin in both contrast and sympathy with the elements of the more-than-human world. She explains: “The unclothed figure strips back the artifice of the contemporary world. We are faced with the fragility of our bodies. Our skin the thin barrier between our body and our environment.”

Divisions of time and distance collapse in Dean’s work, evoking experiences that are instinctively recognisable (from childhood perhaps) and yet strikingly removed from everyday contemporary life. She states: “By placing unclothed humans in nature I am representing a shared sense of time between our ancestors and our future. A universality of human existence. Depicting a space where we can imagine ourselves as primitive beings and yet still find a place in now. To remember where we came from and reflect on where we are going.”

Dean finds her models through open-call casting, relying on volunteers who are keen to help promote the artist’s message about environmental damage. Although the majority of her models are white-presenting, she is working to increase the diversity of the participants, and notes that the series In Our Nature and Endangered feature people of Samoan and Tongan, Aboriginal, Chinese, Vietnamese, and Filipino heritage. Dean is also aware of the implications of working with colonised land in Australia: “We have a long way to go in Australia in terms of honouring the Aboriginal people who are the original custodians of the land, and acknowledging the horrific atrocities that colonisation brought upon them by European settlers. This shameful chapter still looms large, the pain, dislocation and suffering still present today.” In particular, she acknowledges the traditional custodians of the land on which she lives and works, especially the Jerrinja Wandi Wandian and Wodi Wodi people of what is now known as the New South Wales south coast.

Dean’s photographs evoke a childlike delight in the feeling of being dwarfed by giant leaves, the freedom of climbing trees, the pleasure of being permitted to swim naked in cool water. Again, there is an atmosphere of enchantment, of a folkloric state of intimacy with non-human nature.

Dean’s work suggests alternative ways of connecting with landscapes, drawing on a simpler mode of existence and stripping back the challenges and distractions of consumer culture.

The images are serene, occasionally sinister, and invariably beautiful. Dean believes that there is a power in beauty; it can be a way to engage people’s emotions and intellect on a human level. The gigantic and intimidating scale of environmental destruction is often used as a tool to shock and motivate in the media, but the impersonal nature of such data and images can make us feel disempowered and detached from issues that should be taken personally. Dean argues that beautiful images featuring the human body can destabilise this way of thinking, prompting a more embodied and intimate response to the environment – and the problems threatening it.

Dean’s central message is that humans are part of nature, not separated from it. She explains: “Humanity is part of the incredibly intricate and fragile ecosystem of the planet we live on. We are a part of nature and our fate is entwined.” Dean’s photographs indicate that we are only as strong as the ecosystems we need to survive; if we damage nature, we damage ourselves. 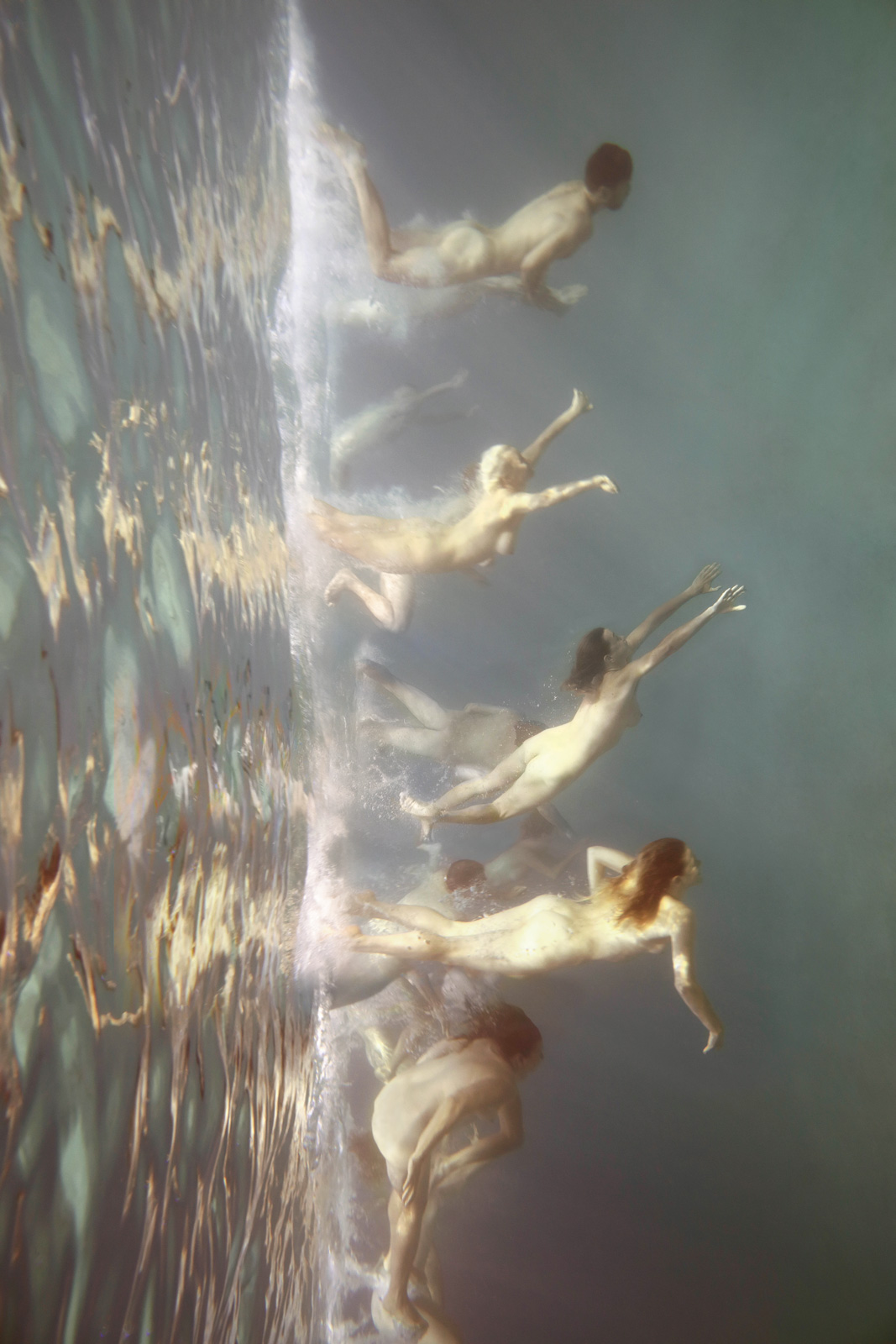 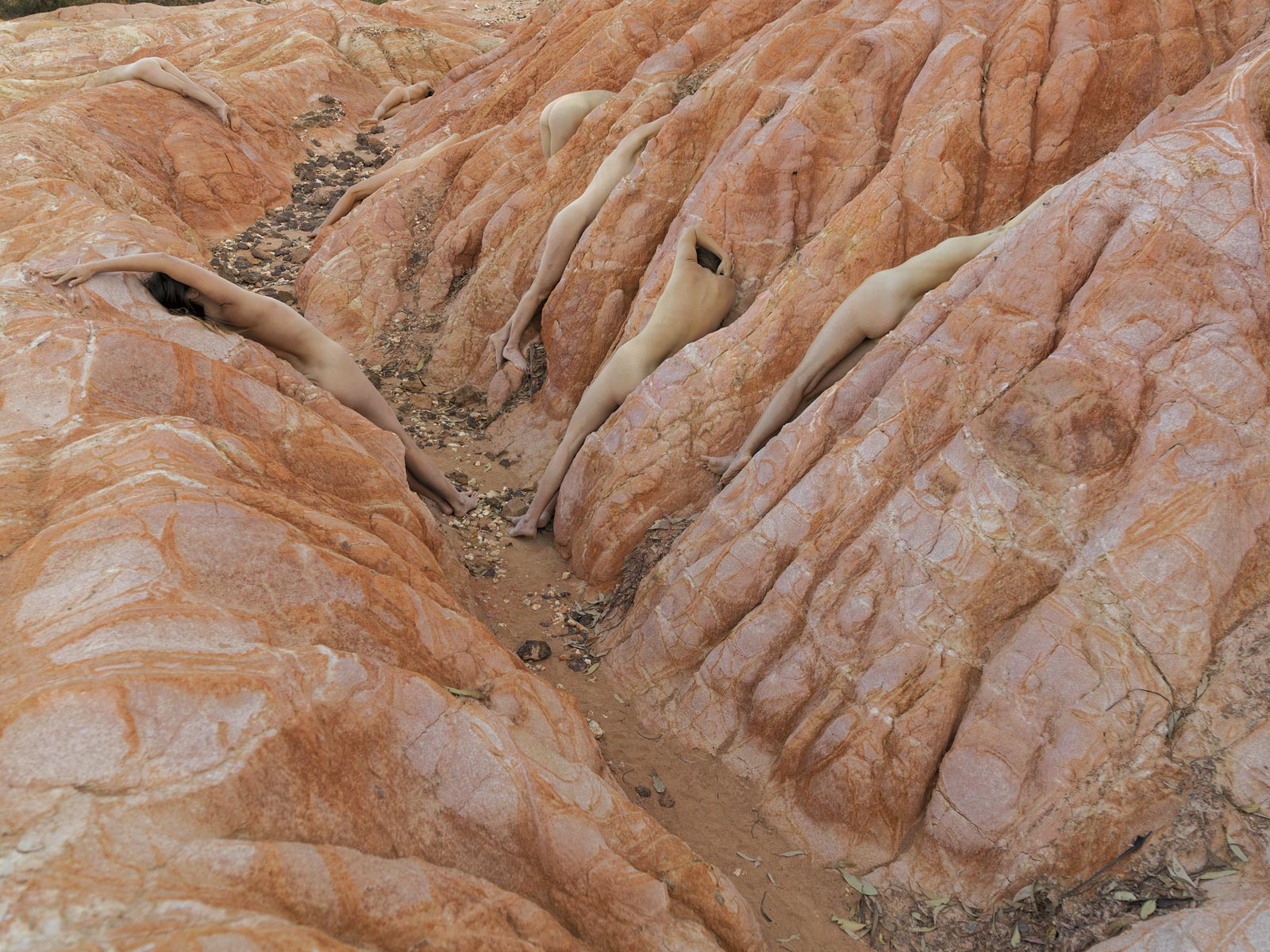 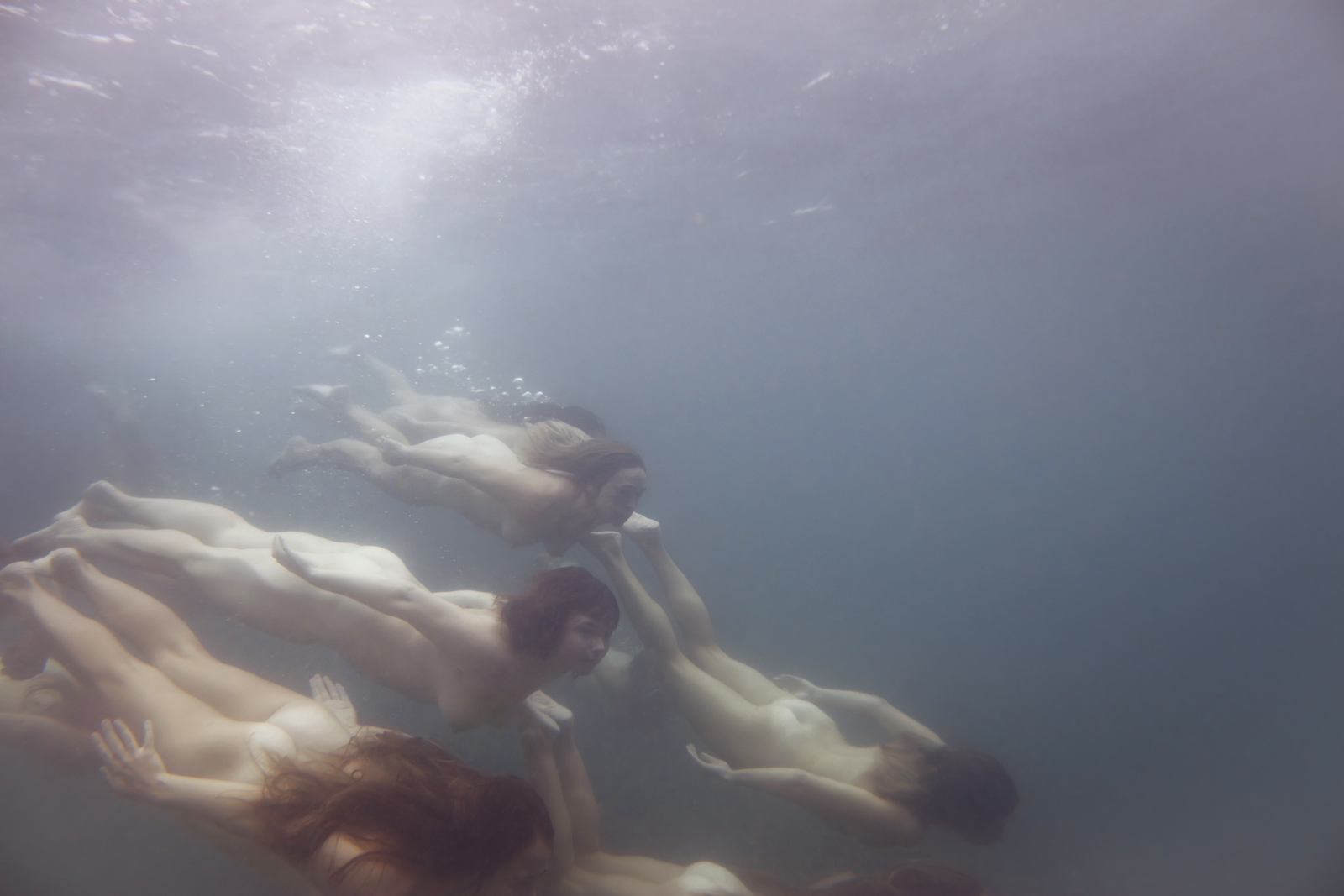 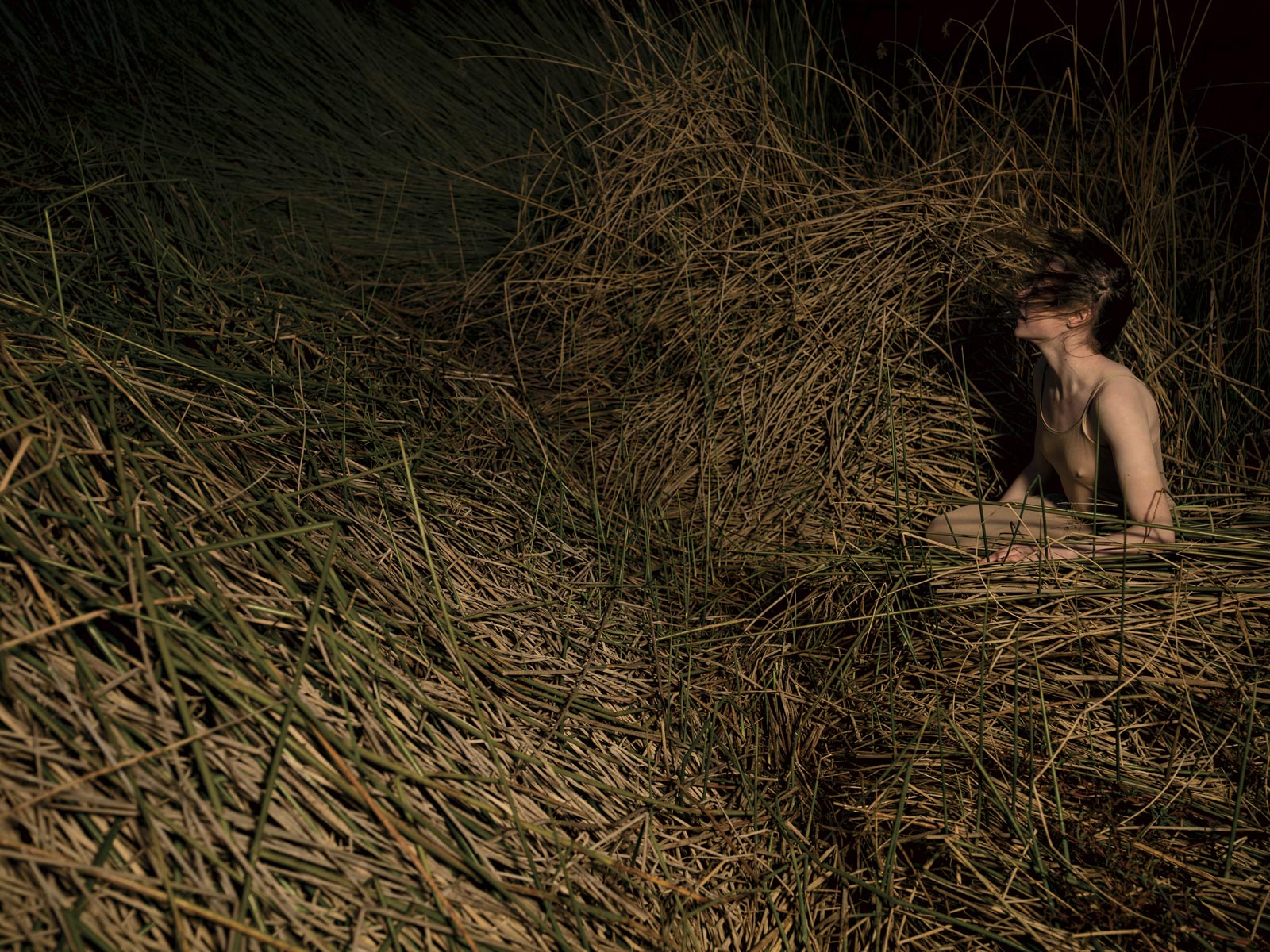 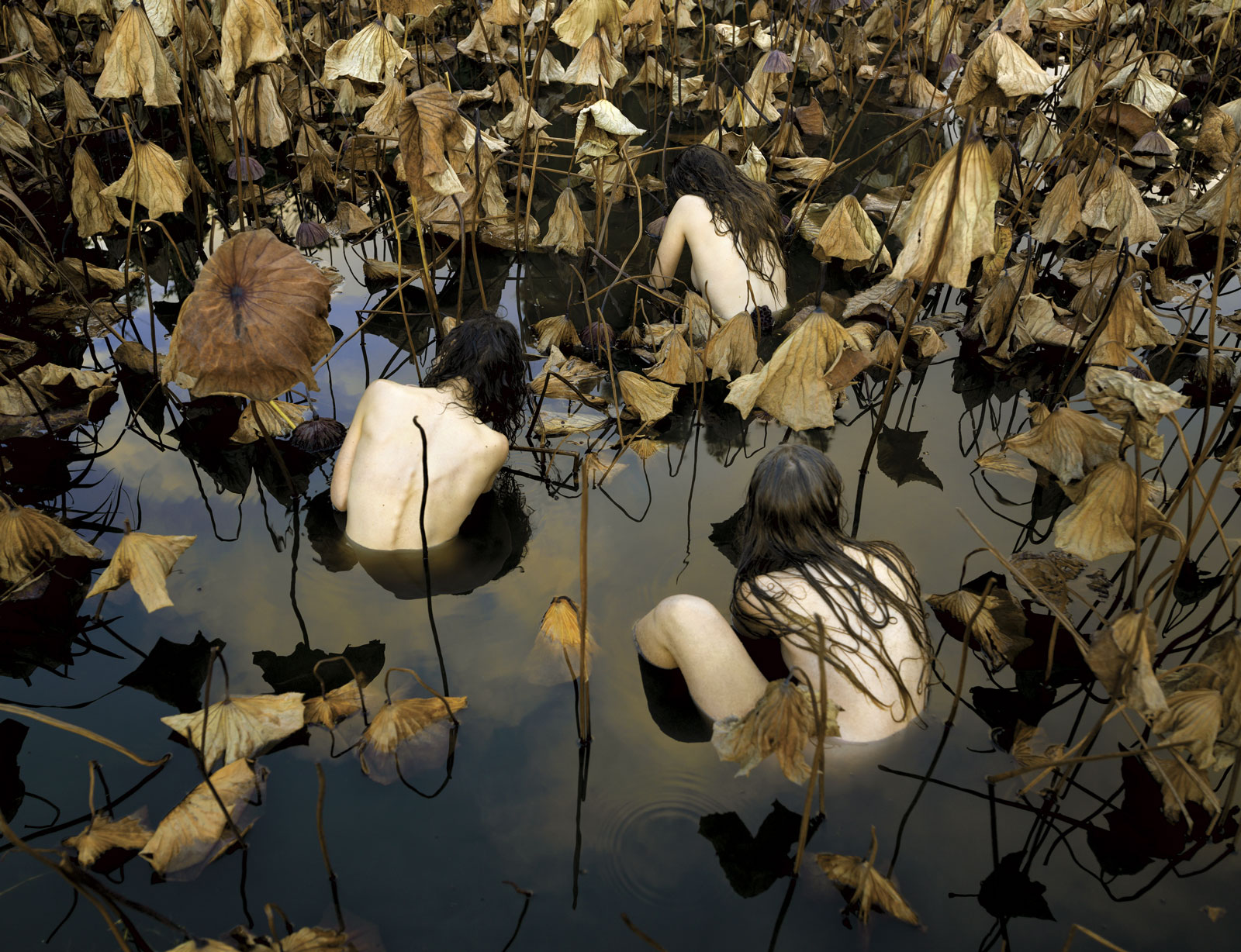 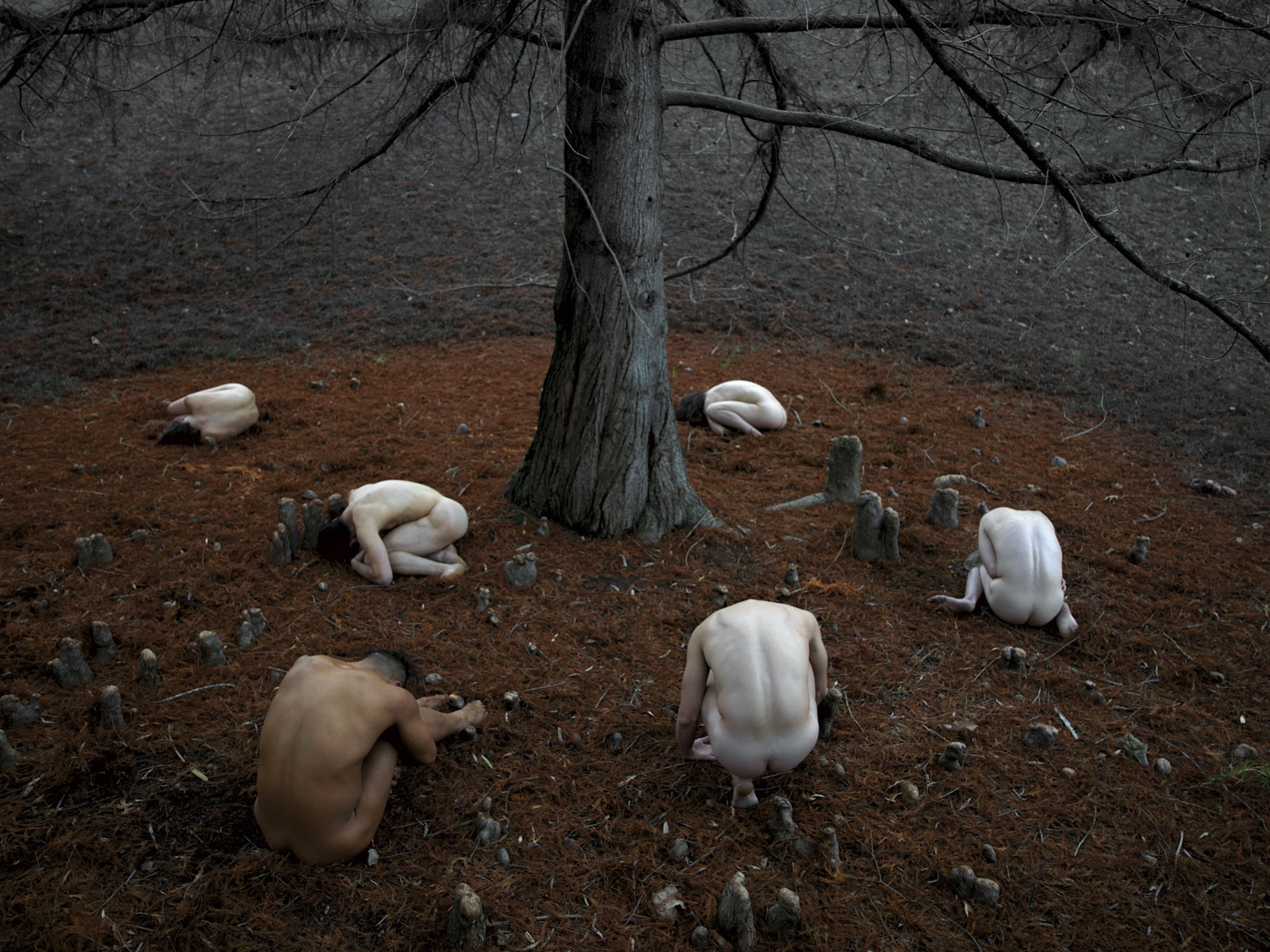 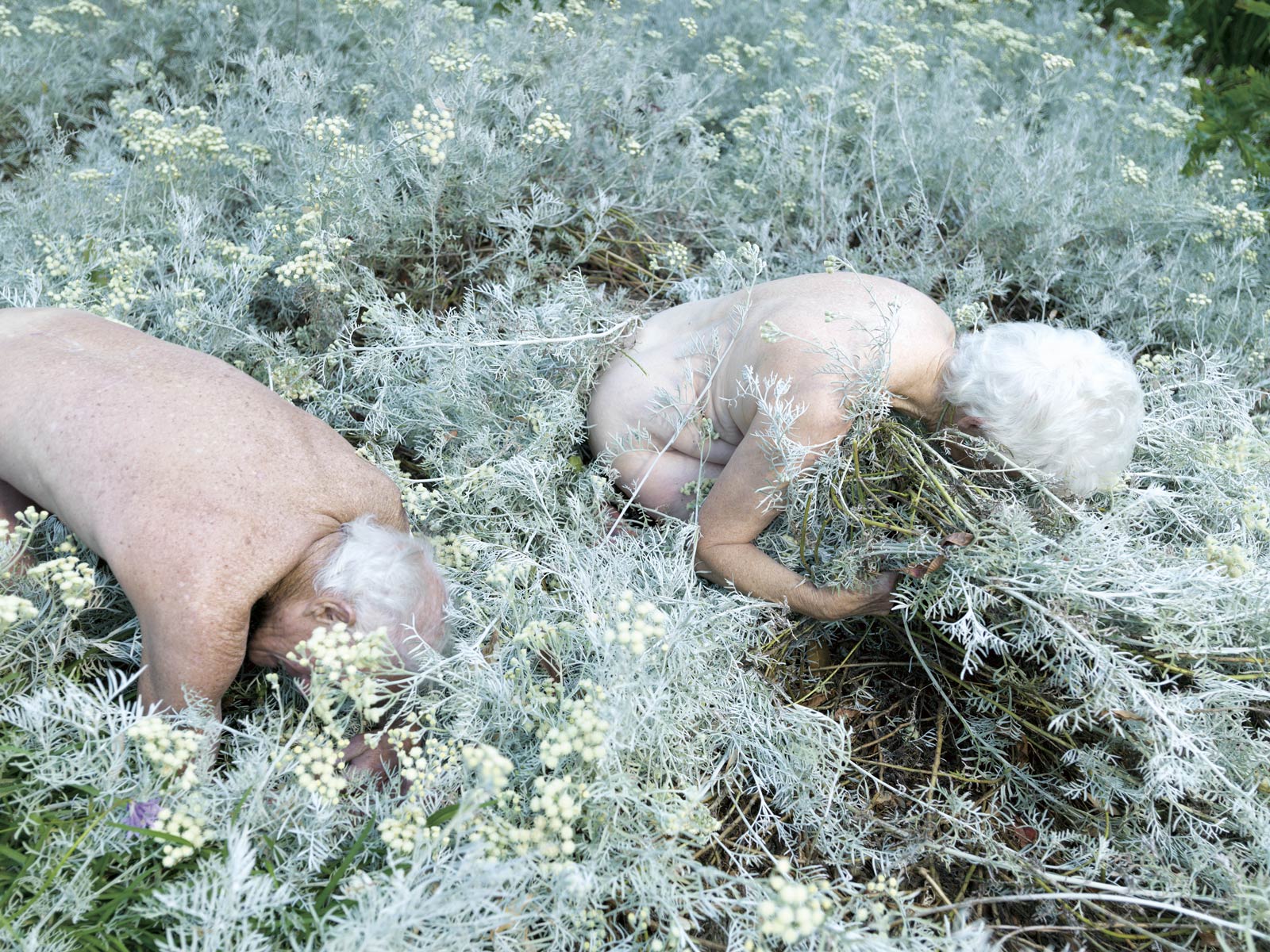 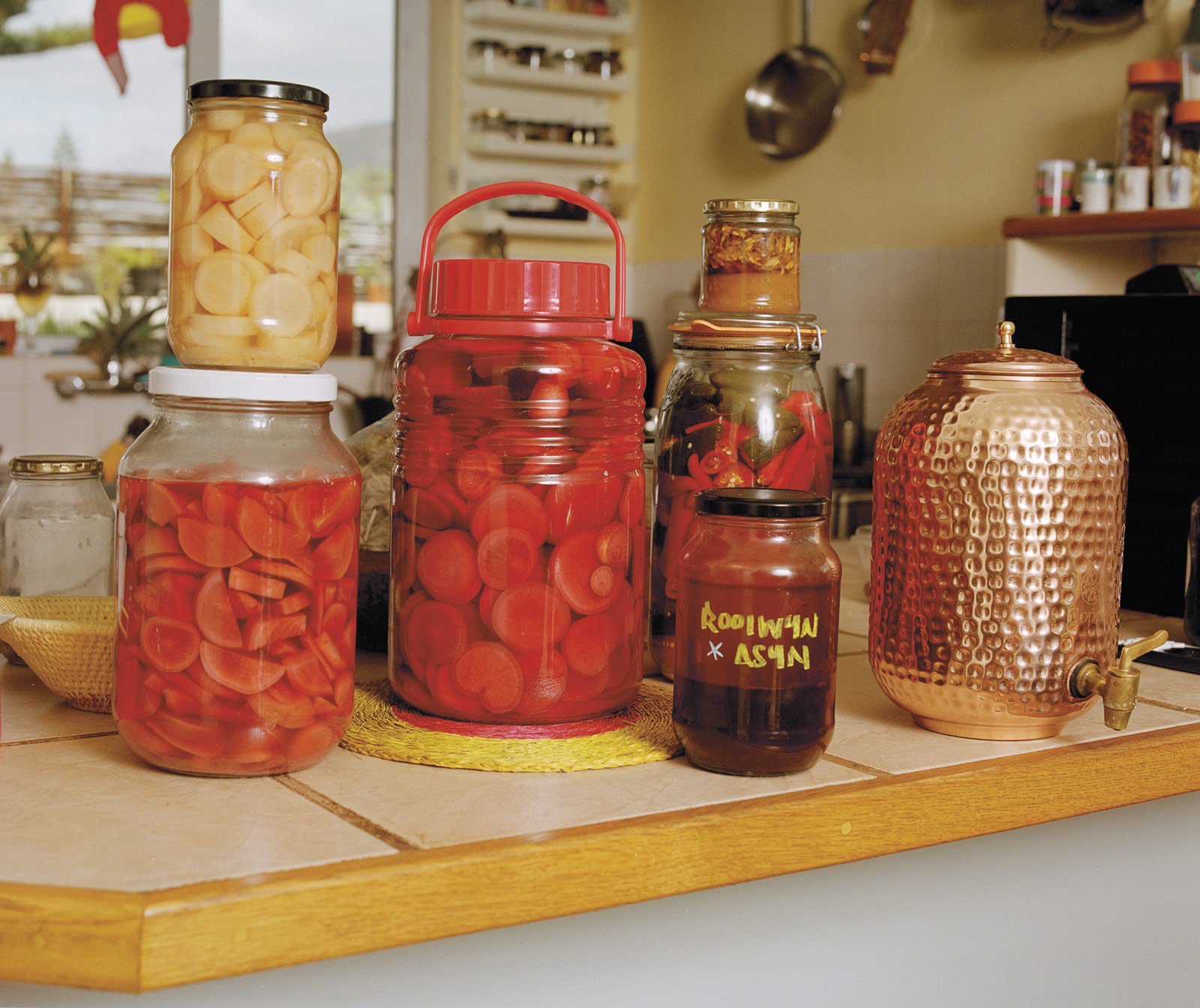