As climate change-induced extreme weather events ravage countries across the world, leading to destruction, death and displacement, governments and planners are having to rethink infrastructure alongside cutting carbon emissions.

It is difficult to remain optimistic in the face of the news this past year: extreme weather events across the world, from wildfires and floods to heatwaves and hurricanes, have devastated every continent on Earth. UN secretary general António Guterres offered a glimmer of hope in his response to The Intergovernmental Panel on Climate Change’s (IPCC) report in August, which he described as a “code red for humanity”, but added: “If we combine forces now, we can avert climate catastrophe.” There is a feeling that, as world leaders descend on Glasgow for COP26 to discuss ways forward, this may be the last chance to find a way to mitigate the worst effects of global warming. The increasingly unpredictable weather of the past year has served to underline the consequences of failure.

Bob Ward, policy director at the Grantham Research Institute on Climate Change and the Environment, warns that although people are “joining the dots” about the link between the increasing frequency and intensity of extreme weather around the world and climate change, the trend of more heatwaves, wildfires and flooding will increase until the climate crisis is under control.

“The earliest date that has been discussed for the world to reach net zero greenhouse gas emissions is 2050,” says Ward. “Which means that for at least the next three decades, the impacts of climate change are only going to grow worse. And we’re going to have to learn to cope with them better than we currently are.”

Many towns and cities face the prospect of increased flooding due their poor drainage systems which, in many cases, already can’t cope when it rains hard. Flooding events like those experienced in London, UK, this summer, causing power cuts, leaving vehicles stranded and seeing tube stations underwater, are likely to become more regular and damaging unless the largely Victorian drainage system is upgraded to accommodate the expected rise in heavier rainfall over the next 30 years.

A man uses a tree branch in an attempt to put out the flames of a wildfire in Iboudraren village, in the mountainous Kabylie region of Tizi Ouzou, east of Algiers, Algeria, 2021. (Photograph by REUTERS / Alamy Stock Photo / Abdelaziz Boumzar).

Wildfires in Athens, Greece, seen from the city, 2021. (Photograph by Ana Smeister / unsplash). 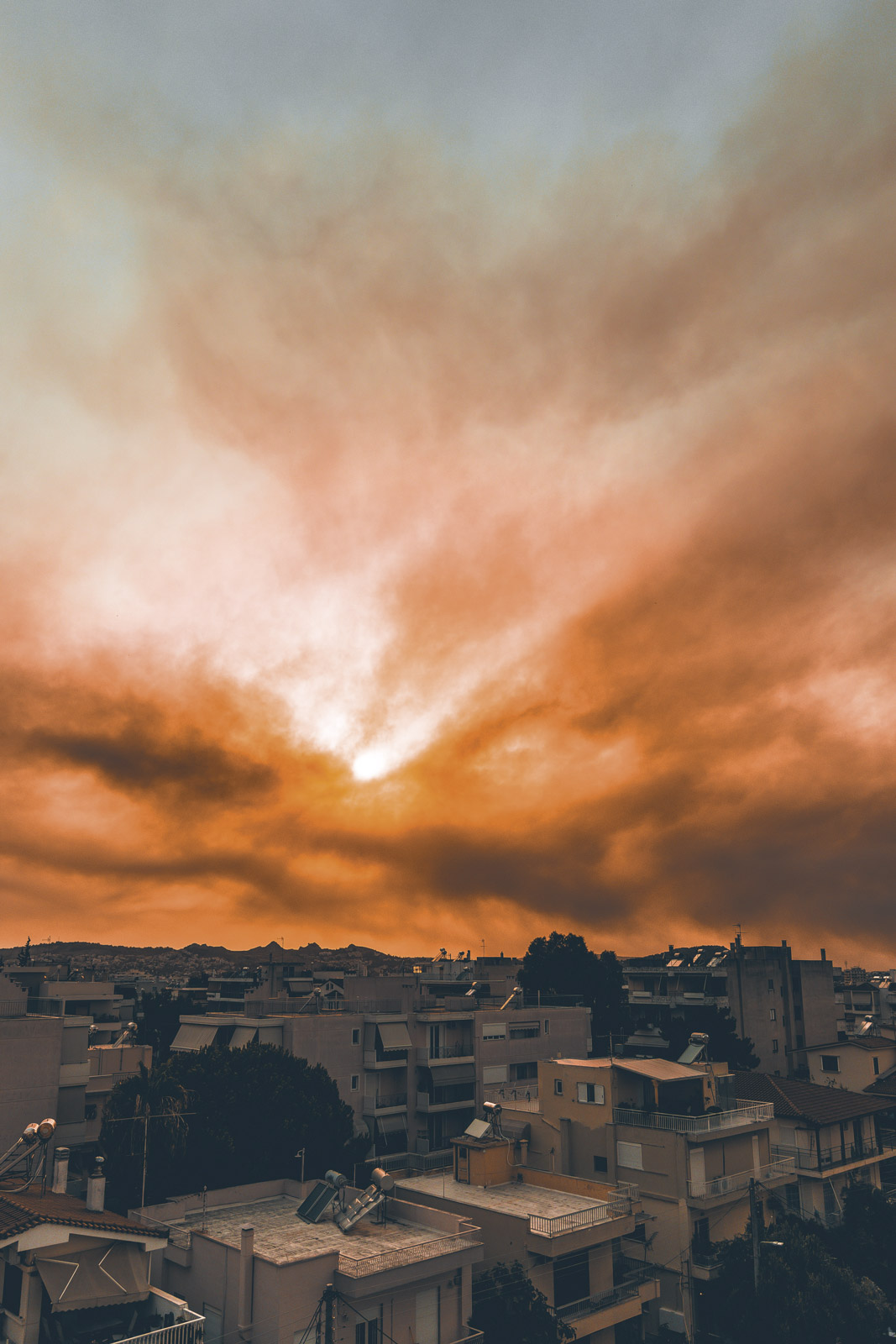 A man uses a tree branch in an attempt to put out the flames of a wildfire in Iboudraren village, in the mountainous Kabylie region of Tizi Ouzou, east of Algiers, Algeria, 2021. (Photograph by REUTERS / Alamy Stock Photo / Abdelaziz Boumzar). 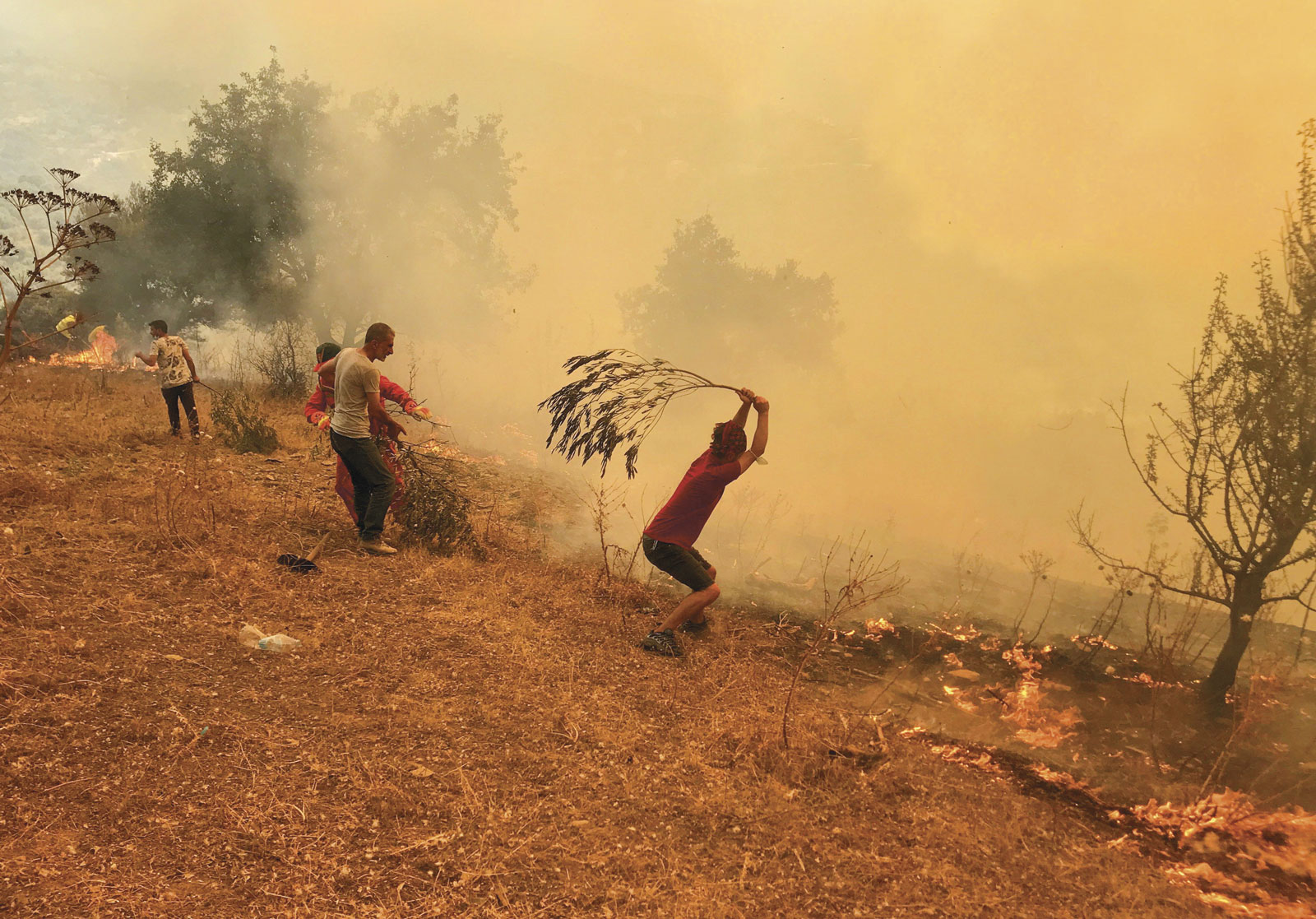 Trees on the side of a mountain covered by smoke from a forest wildfire, Lytton, British Columbia, Canada, 2021. (Photograph by iStock) 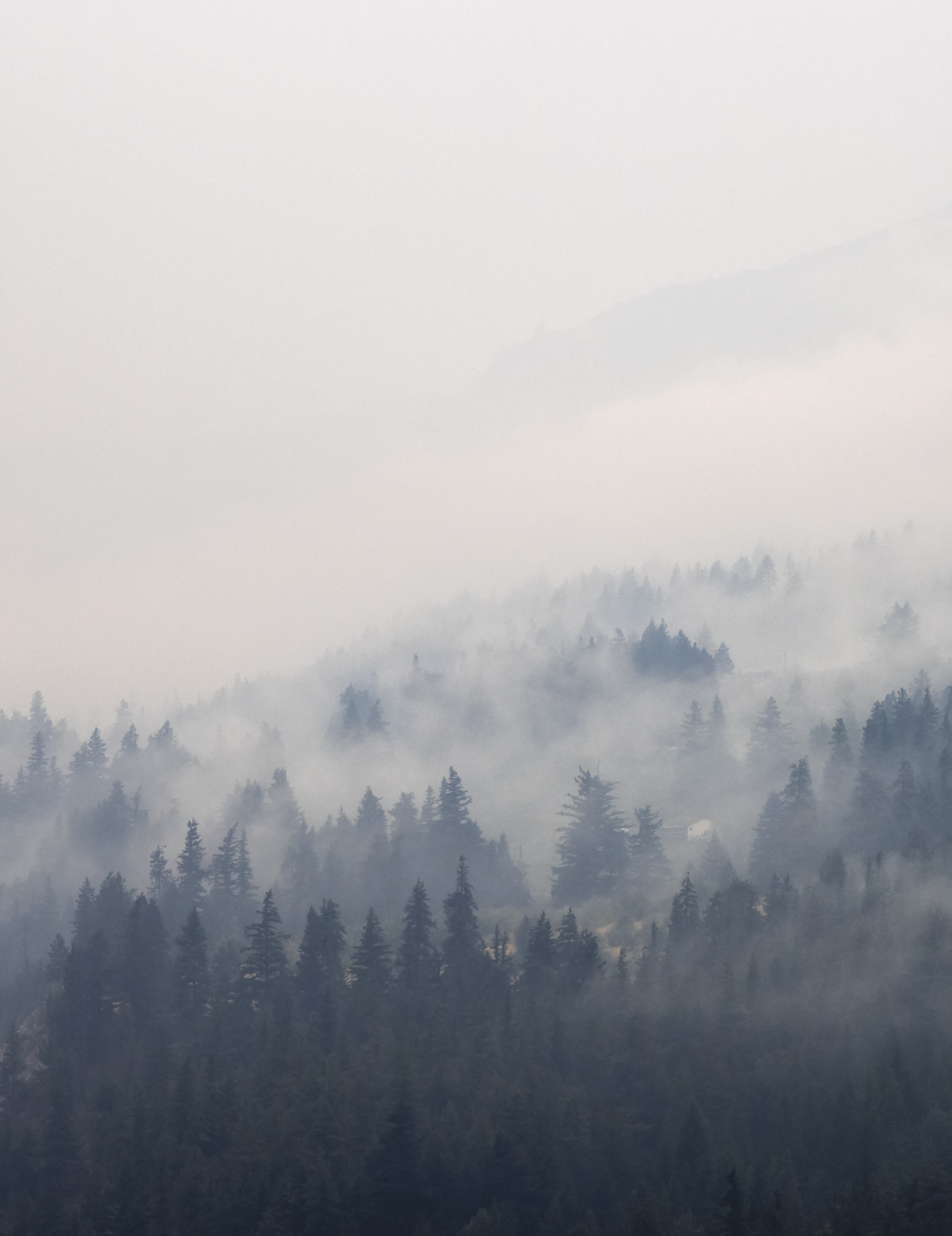 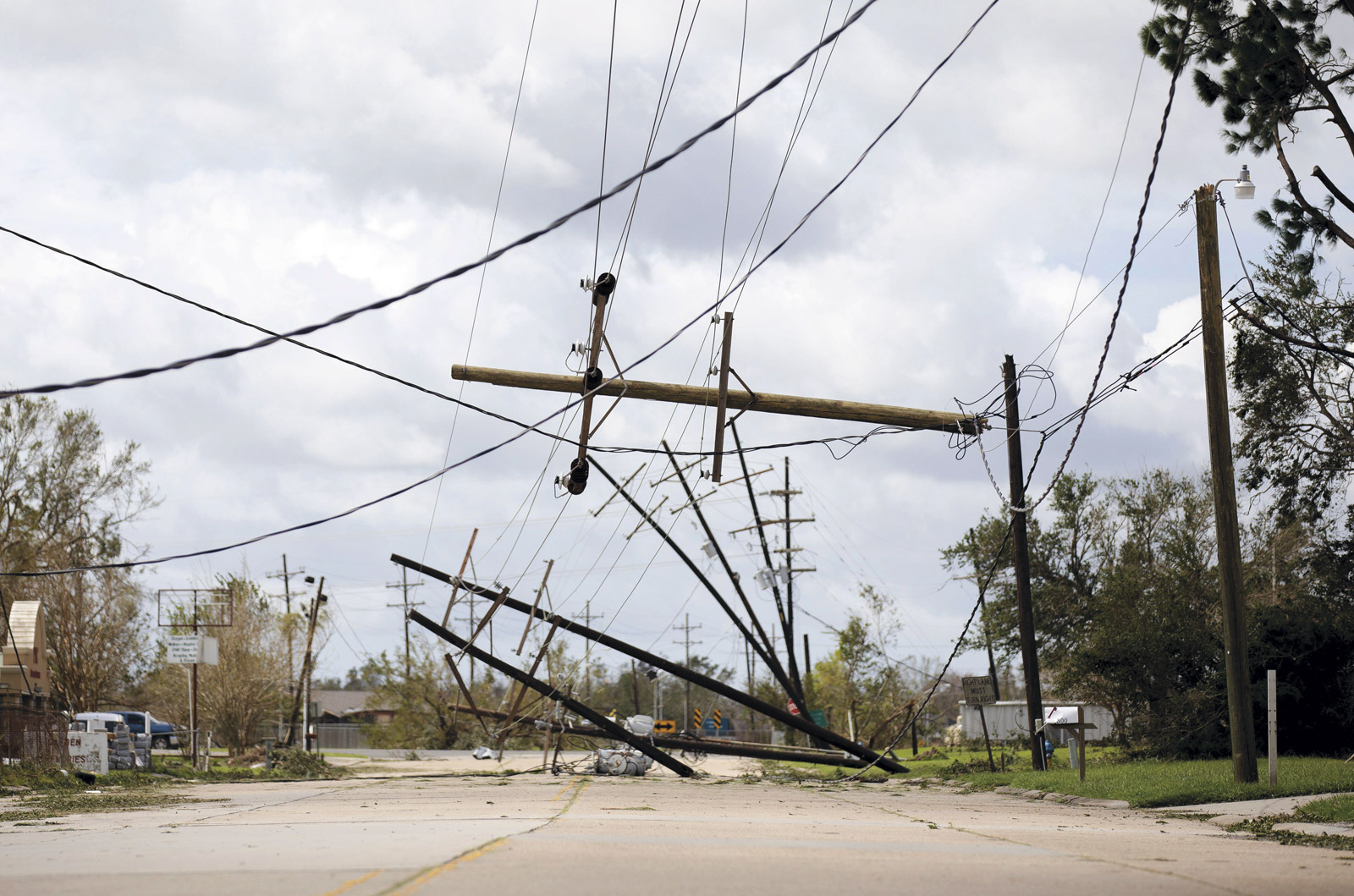 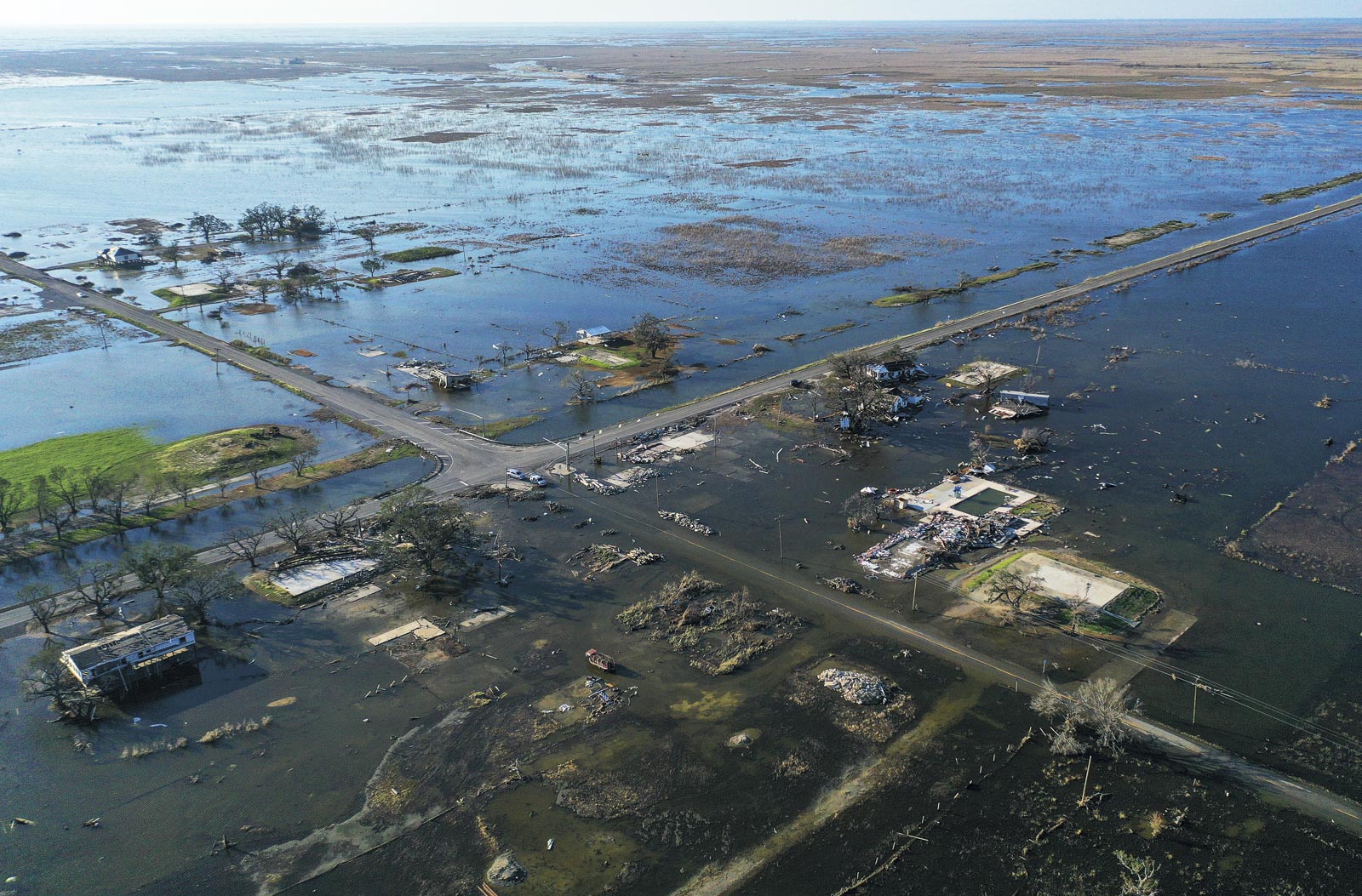 The Mathare River, a tributary of the Nairobi River basin, is extremely polluted with human, animal and industrial waste. After a period of heavy rain, the river floods, Kenya, 2020. (Photograph by Alex MacNaughton / Alamy Stock Photo). 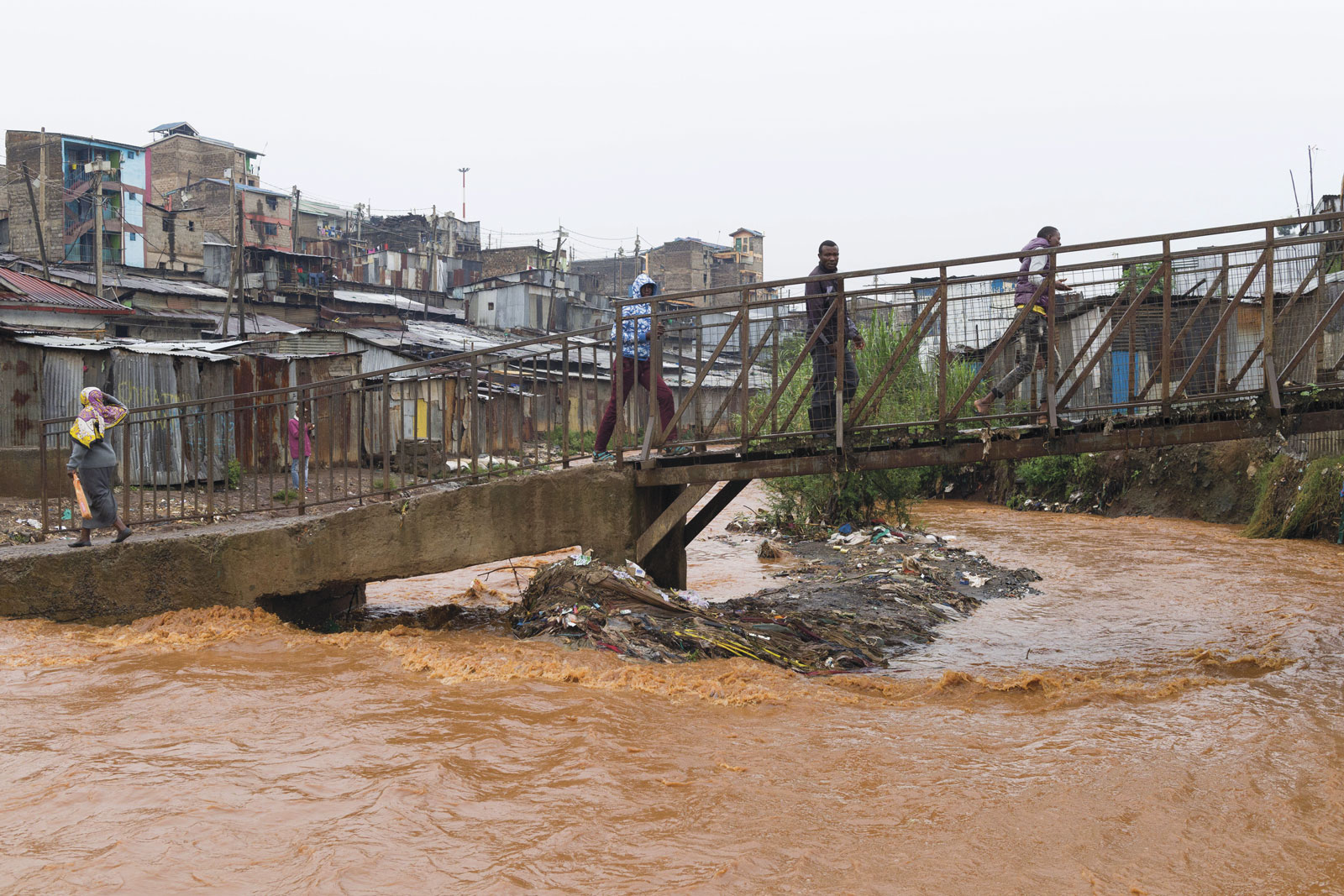 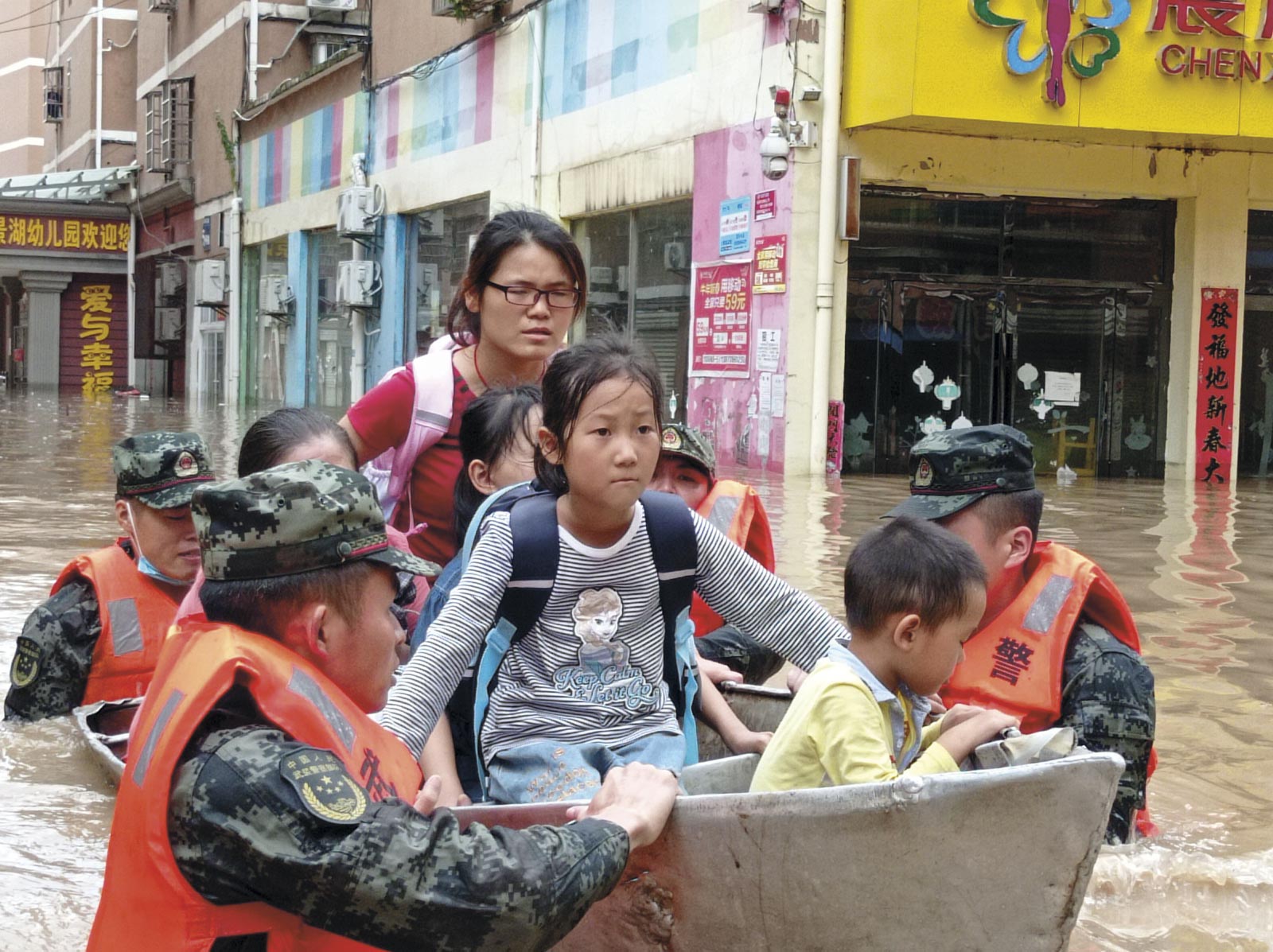 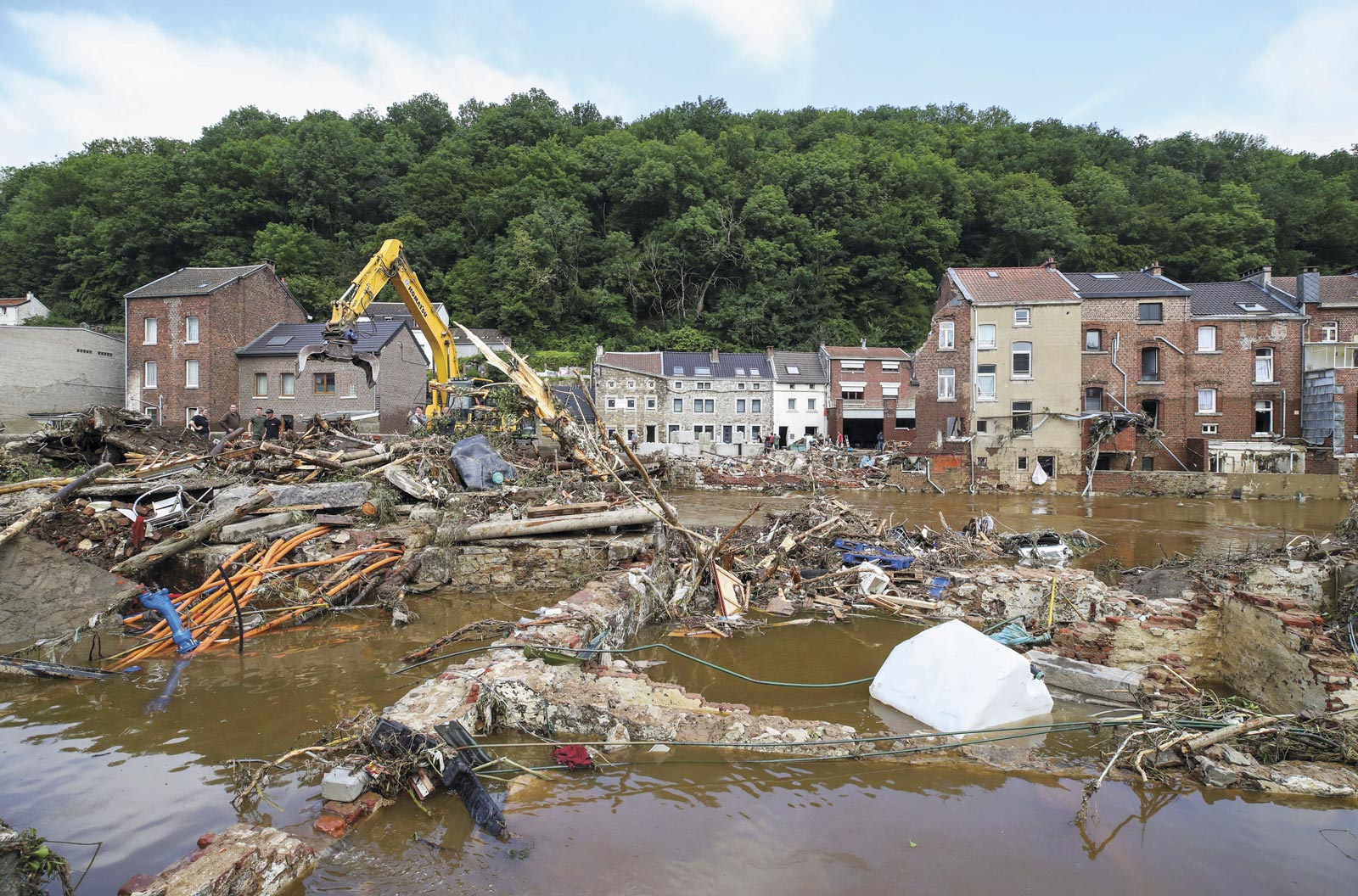 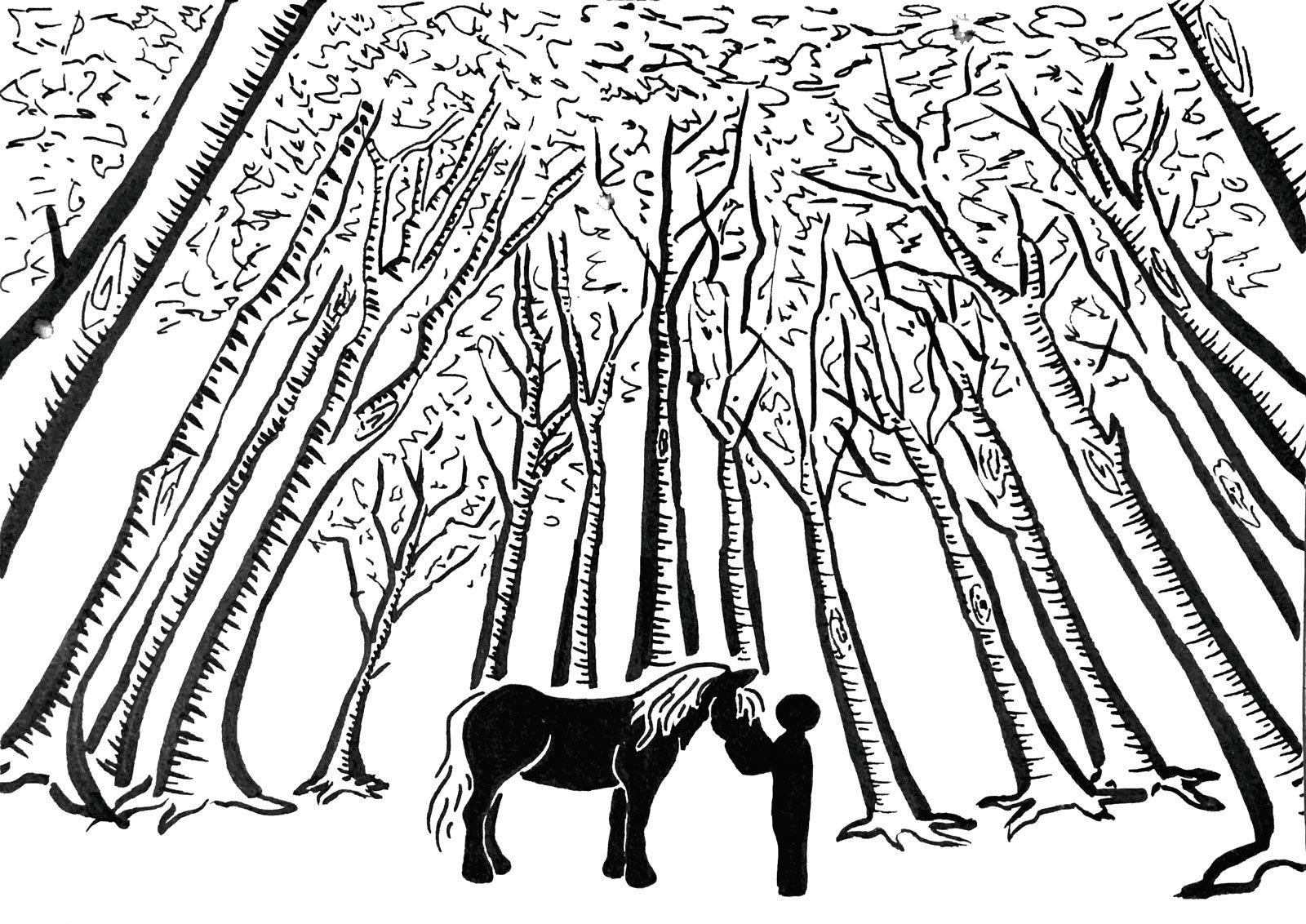 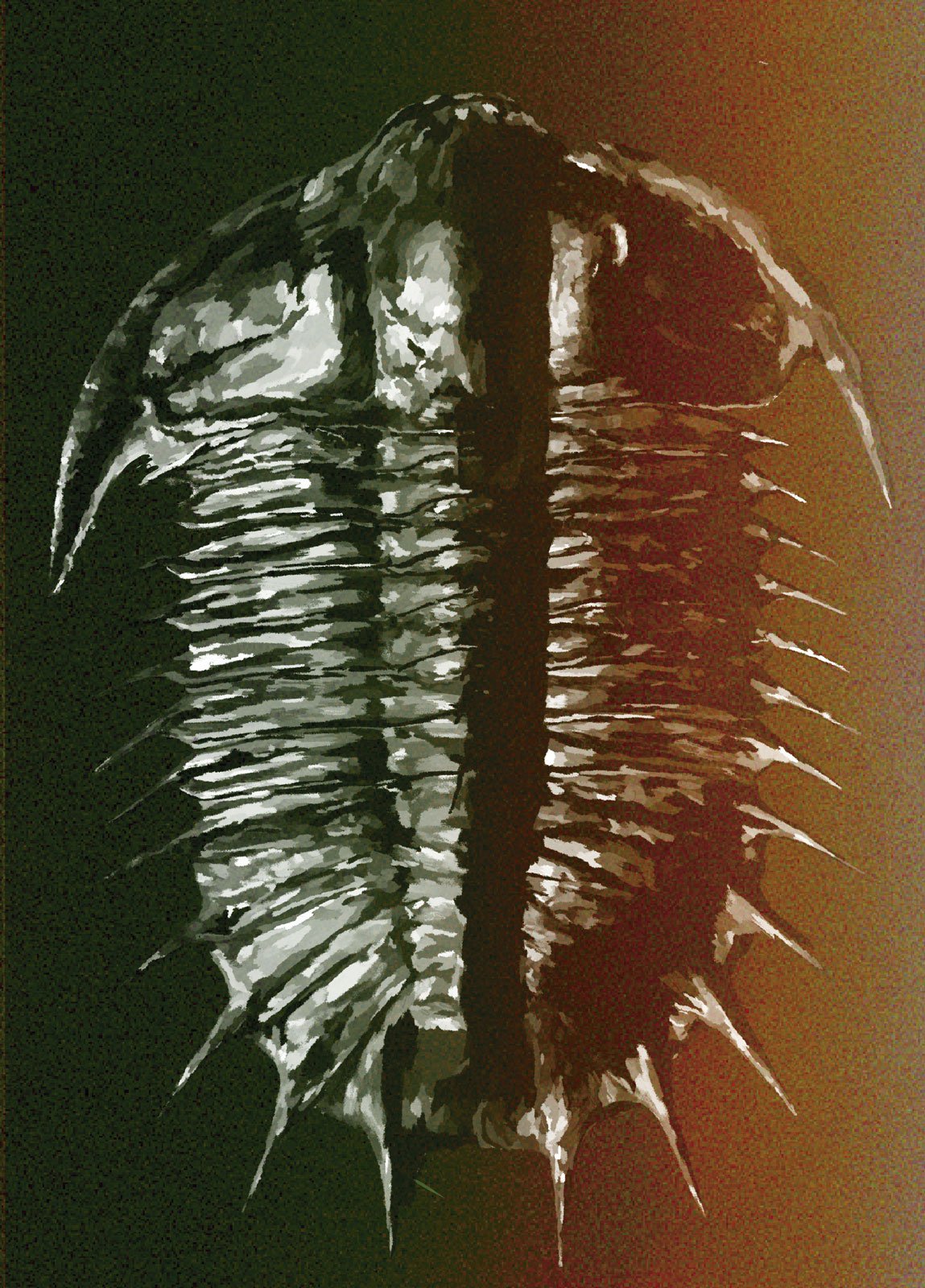