Words and artwork by Daro Montag

Daro Montag’s art practice has seen him take on more assistants than it is possible to count. When his bioglyphs are completed he gives credit to the fungi, bacteria, microbes and otherfauna that left the traces of their activities on the colour film he buried in the soil.

If asked what are the main threats facing the environment, the majority of people would probably respond that the oceans and the climate are currently most in danger. This is hardly surprising. With the recent prominence of movements such as Climate Emergency and Youth Strike for Climate, the rapidly changing environment has at last become a newsworthy, and politically charged, crisis. Melting icecaps and burning rainforests, alongside protests and striking schoolchildren, are now featured regularly on digital and mainstream media. Similarly, the rising temperatures and increased acidity of the oceans is raising public concern, alongside the much more visible tidal wave of plastic. While it is certainly true that our pollution is having a drastic impact on the waters and air of our planet, what is often overlooked is the soil beneath our feet.

Just as our atmosphere and oceans are changing rapidly as a result of the exponential growth in our population, material consumption, and polluting disposal of waste, so too is the thin layer of topsoil that sustains all terrestrial life. Indeed, soil is the third part of the matrix, alongside air and water, on which we, and the majority of species, depend. While it is possible to imagine how some species might benefit from abrupt and catastrophic change – where for example, would the mammals be if the dinosaurs had not been wiped out in such dramatic style? – from the human perspective, a habitable planet requires a healthy balance of air, water and soil. Despite this, the health of this topsoil, which is often only a few centimetres in depth, is largely ignored by the general public.

‘These images are the result of this collaborative melee and Daro acknowledges the micro-organisms through his work – inviting us to reconnect to soil, the source of all terrestrial life.’

The scientific study of soil has perhaps not captured the public’s attention in quite the same way as air or water. Unlike the other two, it is a subject that does not feature highly on the educational curriculum, or in the mass media. The oceans have had their own television show: the BBC’s Blue Planet series, narrated by David Attenborough, was the UK’s most watched TV programme of 2017 and has screened across the globe. But there is no equivalent blockbuster for the soil. The BBC has yet to produce a Brown Planet series, with a similarly charismatic narrator.

The words pedology and edaphology, which define the two branches of soil science, remain obscure even to those who do have some knowledge of the subject, unlike the words climatology and oceanography, which are in common parlance. And yet, without some knowledge, appreciation and care for soil, our tenure on this earth is put at peril.

So how did this lack of knowledge come about? Was it always the case that the soil has been neglected? And what is the impact of such large scale ignorance?

It seems likely that our ancestors had a far greater respect for the soil than we generally do today. With the emergence and spread of agriculture over the past 10,000 years a keen appreciation of the soil would surely have developed. For civilisations to flourish, as they did in many parts of the world during this period, crops were repeatedly grown on the same patches of land. Even without pedology or edaphology an inherent understanding of the importance of soil fertility would have developed.

Before the advent of mechanised farming, huge numbers of people were required to work on the land to produce food. This close physical relationship with the soil would have fostered a deep psychological connection. With the development of motorised tractors and harvesters fewer people were needed. Employment had to be found away from rural environments which gradually led to the migration of people away from the land and into the cities. With this physical separation between the majority of people and the production of food, contact was broken. Inevitably increasing numbers of people began to lose touch with the soil. They, quite literally, no longer needed to touch the earth.

This physical and psychological distancing between the majority of the population and the soil has coincided with a huge increase in the threats it faces. These include erosion caused by deforestation, flooding and inappropriate farming practices; compaction caused by the use of heavy machinery; pollution caused by chemical and industrial farming; and desertification caused by changing weather patterns. Given that our healthy topsoil ranges can be measured in centimetres, and large areas of the planet lack even that, any loss or damage to this fragile skin will be significant. Indeed, some experts have suggested that, if the rate of destruction continues, we shall deplete all of earth’s fertile soil within one generation.

This is a stark possibility calculated on the rate of current depletion and the fact that the world has already lost about one third of its healthy soil. Considering that it can take one thousand years to build just two or three centimetres of soil, this essential medium is clearly not a renewable resource. When it’s gone, it’s gone for a very long time.

‘This physical and psychological distancing between the majority of the population and the soil has coincided with a huge increase in the threats it faces.’

When this possibility is placed beside the fact that an estimated 95% of human food is dependent on fertile soil, it becomes clear why maintaining a healthy soil is an environmental and social issue equivalent to clean water and a stable climate. These three are all essential and interrelated. Soil, and the plants it supports, also acts as both a huge carbon sink, removing excess carbon, and an effective filter for potable water.

Perhaps the problem comes down to perception.Soil’s value is overlooked.For most of the time we simply don’t see it. In cities, where most people live, it is paved over and hidden from view. Even in the countryside the majority of people can move around and function without ever coming into contact with the living organism beneath their feet.

This has resulted in our overriding tendency to see soil as inert, lifeless material.We might understand its important role in plant growth without really appreciating it as a living organism in its own right. Or perhaps we might think of it as a home or habitat, where some familiar yet mysterious animals live, such as moles or earthworms, but not as a living material in itself. But I would argue that this is a fundamental error: an ecological sensibility demands that we conceive of soil not just as the ground that supports life but also as a living entity.

In this view, soil is more than the sum of its parts. Rather than trying to understand soil as a matrix of sand, silt and clay particles that contains a large number of bizarre organisms, this shift in thinking requires us to understand it holistically. The various soil creatures that are dependent on the soil are all part of a system. It is a rich tapestry of life.

Playing their part within this system are a host of creatures that have evolved perfectly for this underworld, including the nematodes, the most numerous multicellular animals on earth; the mole crickets that sing for a mate; the springtails whose bodies pack a spring to avoid predators; and the tardigrade with its incredible ability to survive anything that nature can throw its way. These creatures exist alongside even smaller ones such as the very earliest animals, the protozoa, and of course an unimaginable number of bacteria. And spreading throughout a healthy soil there will be hyphae, fungal strands that build a network between the roots of plants. All of these tiny living entities are connected within an ecosystem that we call soil. None of them could survive independently for very long.

Perhaps the easiest comparison that can be made is to our own bodies. We like to believe that we are individuals, solo movers and makers in this world. Although biological science reminds us that our bodies contain numerous micro-organisms, we have no difficulty imagining ourselves to be a single living individual, indeed, that is our normal, sane, disposition. However, in conceiving ourselves as individual entities we forget that we are constituted from living cells that evolved long before us and that our bodies contain trillions of bacteria that help maintain our bodily systems.

‘If we contend that soil is a living entity then questions can be raised about how we might treat it.’

If our bodies can be understood as a location where untold micro-organisms and individual cells act in harmony to create a holistic individual, then perhaps soil too can be understood in this way - as a multitude of individual organisms that work together in a dynamic, systemic way. This is not to suggest that these individual organisms are always acting collaboratively, merely that they are not acting separately – for such a thing is not possible. Nor is it necessary to believe that they are doing it consciously, any more than the bacteria in my gut are consciously keeping me in good health. It is a system that functions because it is a system. If it is taken apart in a reductionist way, soil would cease to function.

This view of soil takes us beyond the scientific disciplines of pedology and edaphology, into the realm of metaphysics, even spirituality. For example, if we contend that soil is a living entity then questions can be raised about how we might treat it. Should we respect soil as an organism, and not just the creatures it contains? Should we campaign for soil rights when we consider the rights of other non-humans? Can we even walk across a patch of earth without giving some thought to it as the great sustainer of terrestrial life? Should every footstep across this living skin become an act of reverence?

Ultimately, I believe it is to our advantage to refresh our thinking about soil. If we start to think about it as a living organism we might begin to appreciate it in a different way. We might be less inclined to pave over it, pour insecticides and other poisons on it, and blithely watch as it washes away with every rain. And while we might choose to care about soil for the sake of the soil itself, we might also remember that our own continued existence on this planet is profoundly dependent on this miraculous, living matter. If we neglect the soil we do so at our peril. Thinking of it as a living organism might be the first step needed in developing a caring and nurturing attitude towards it. 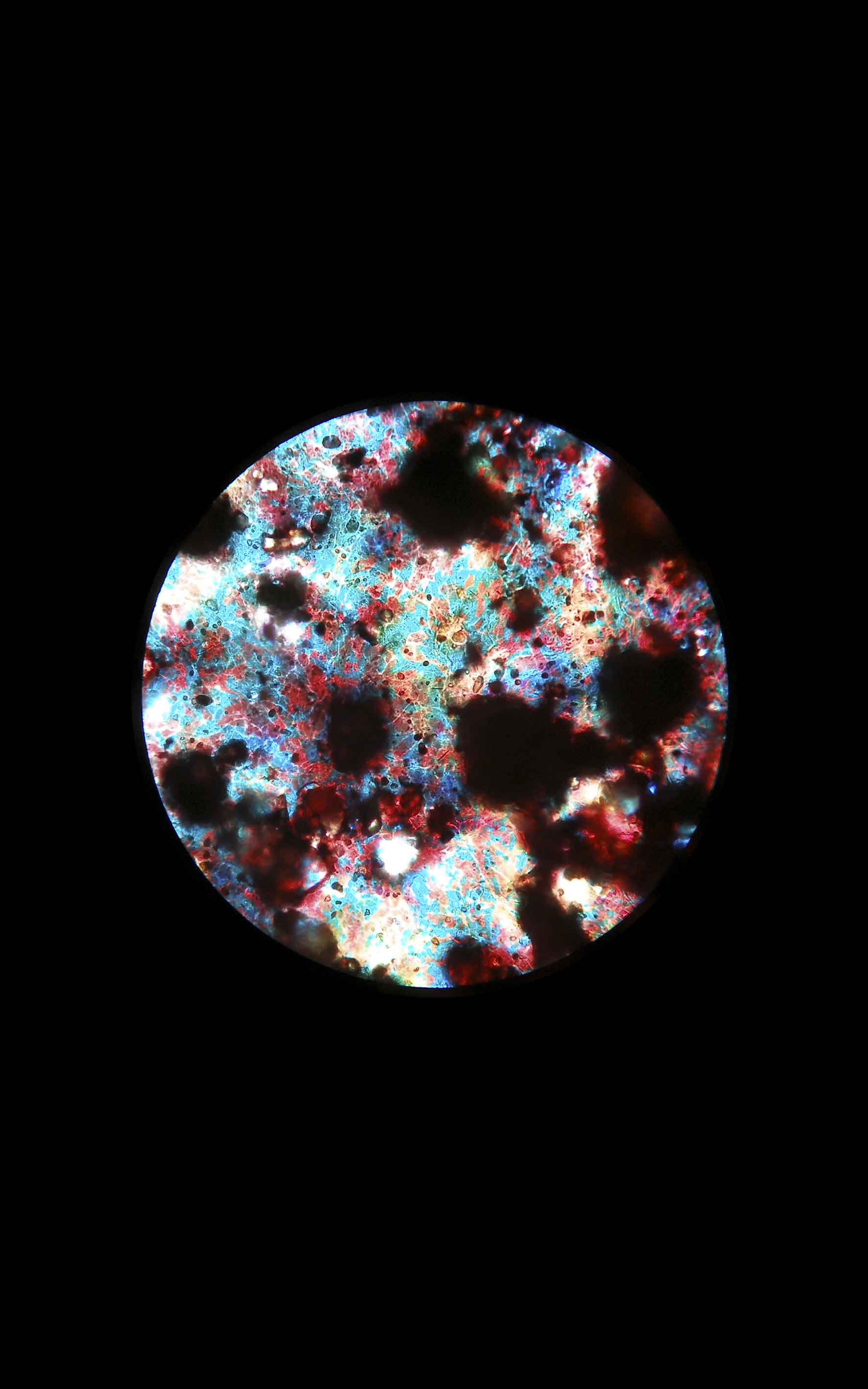 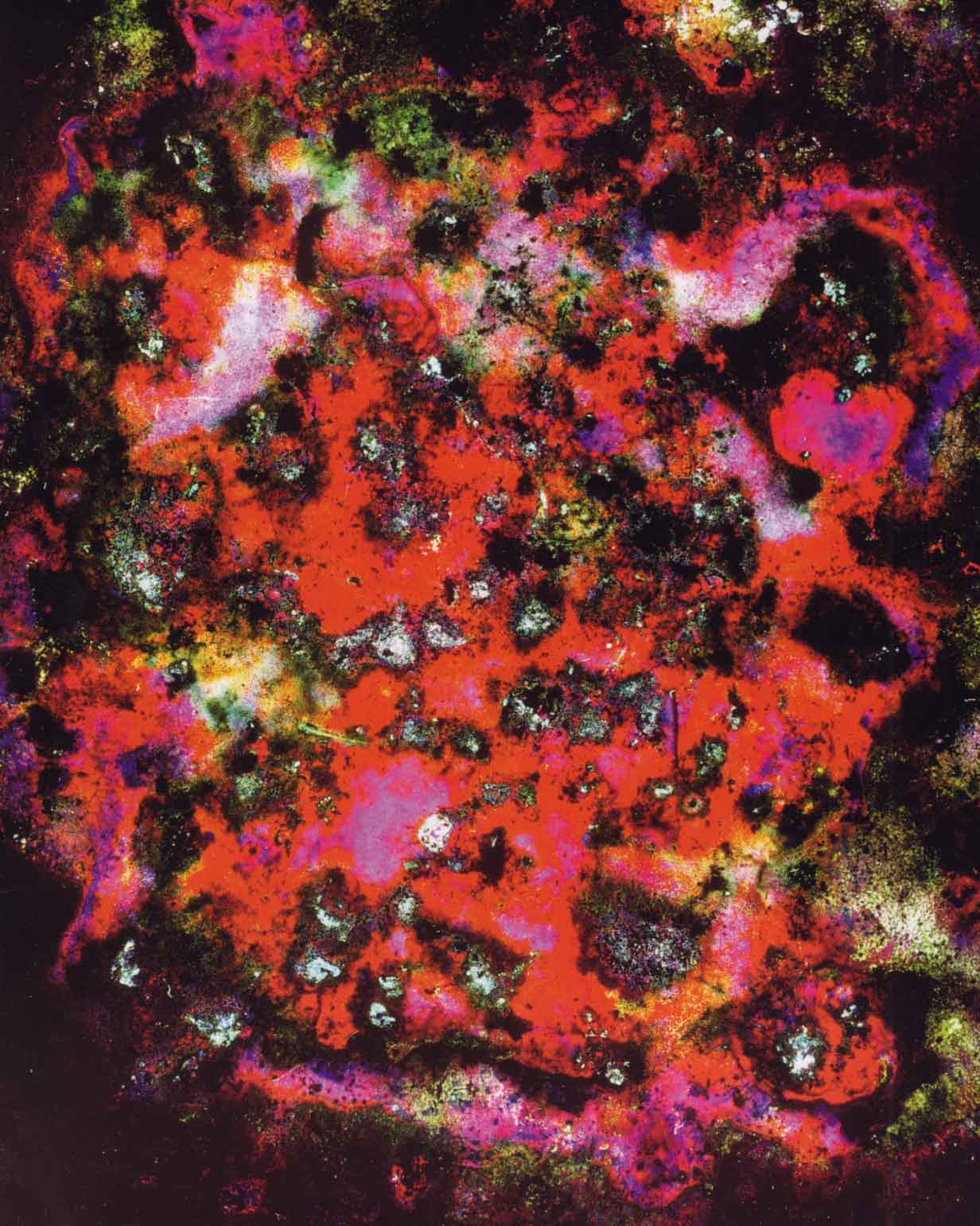 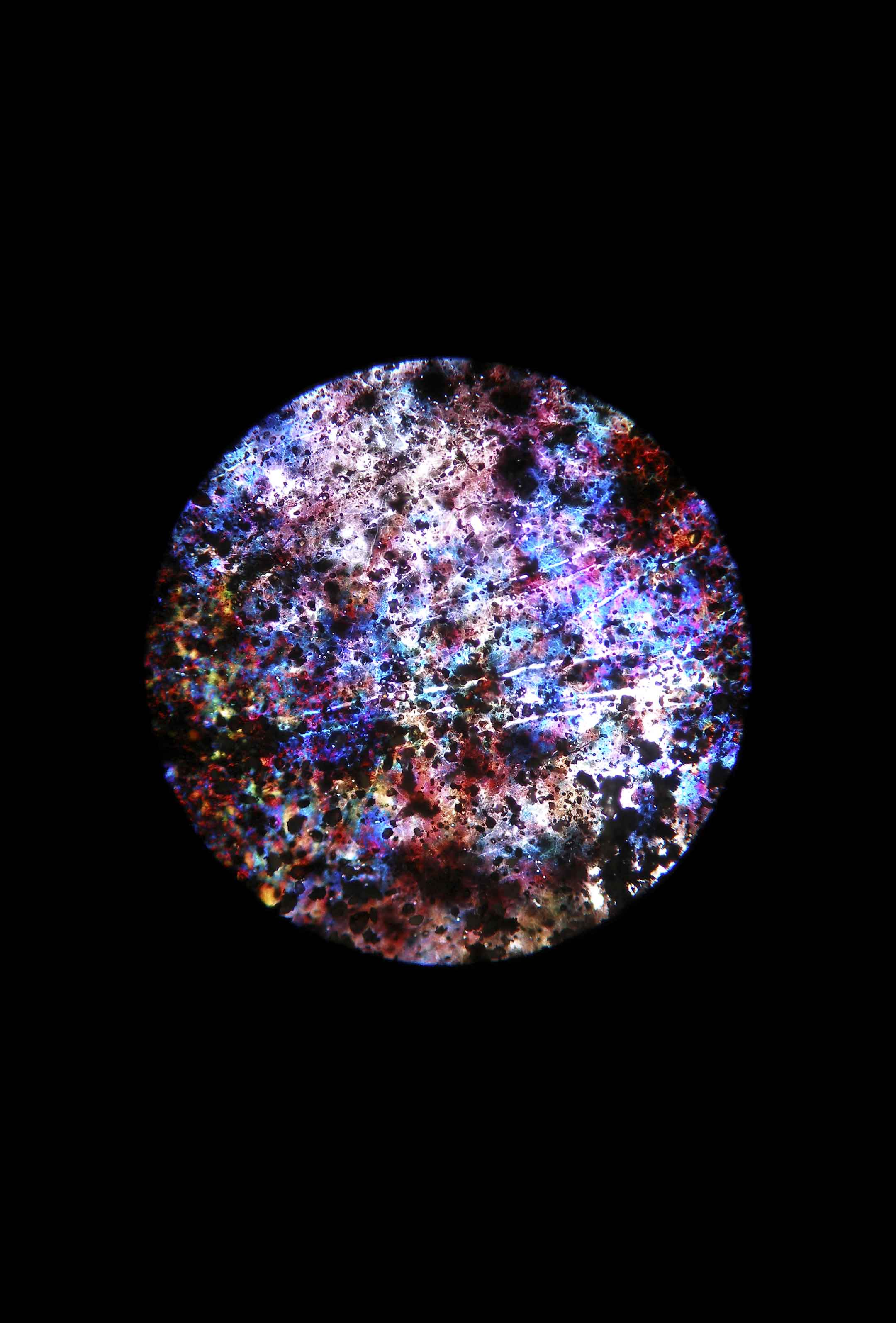 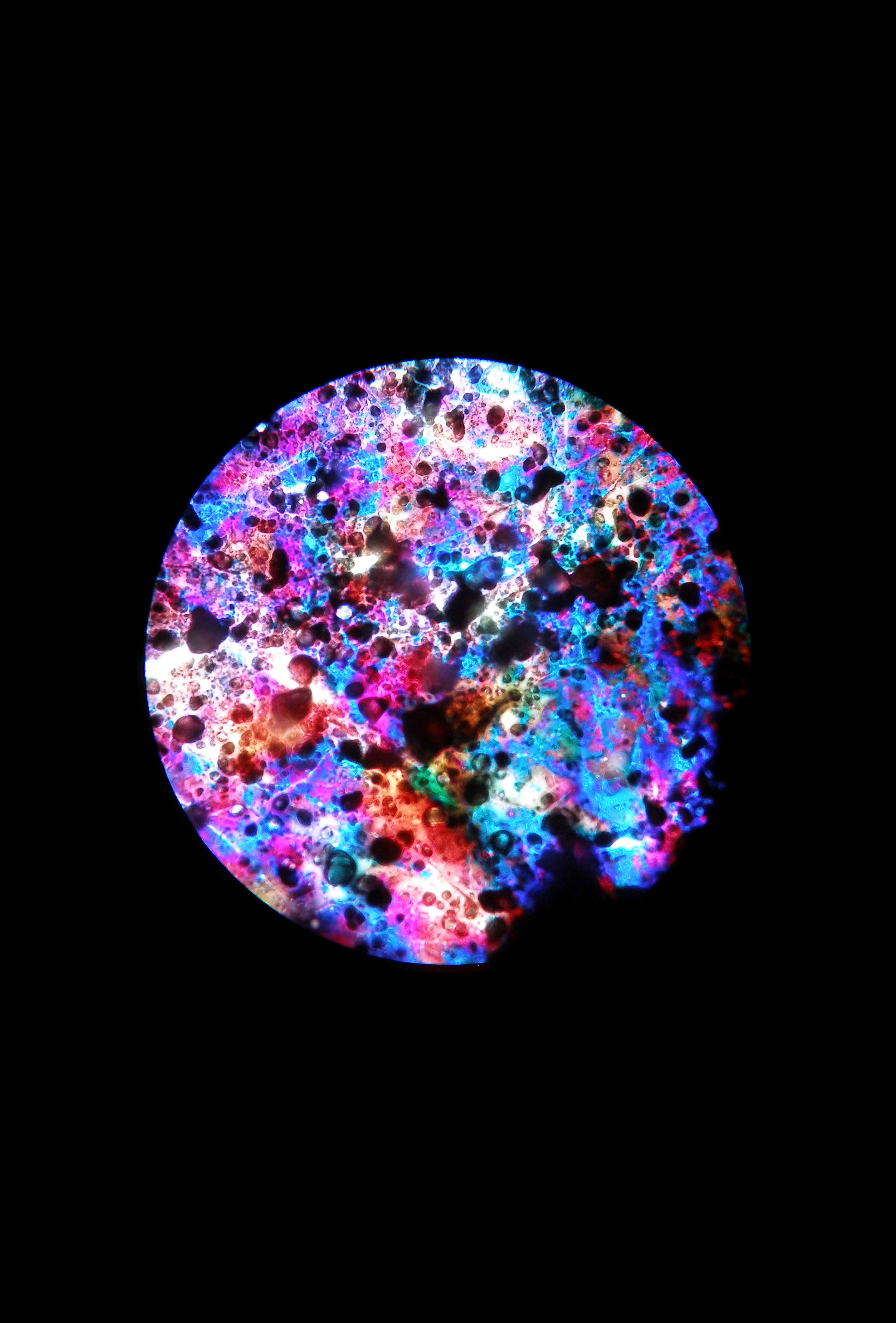 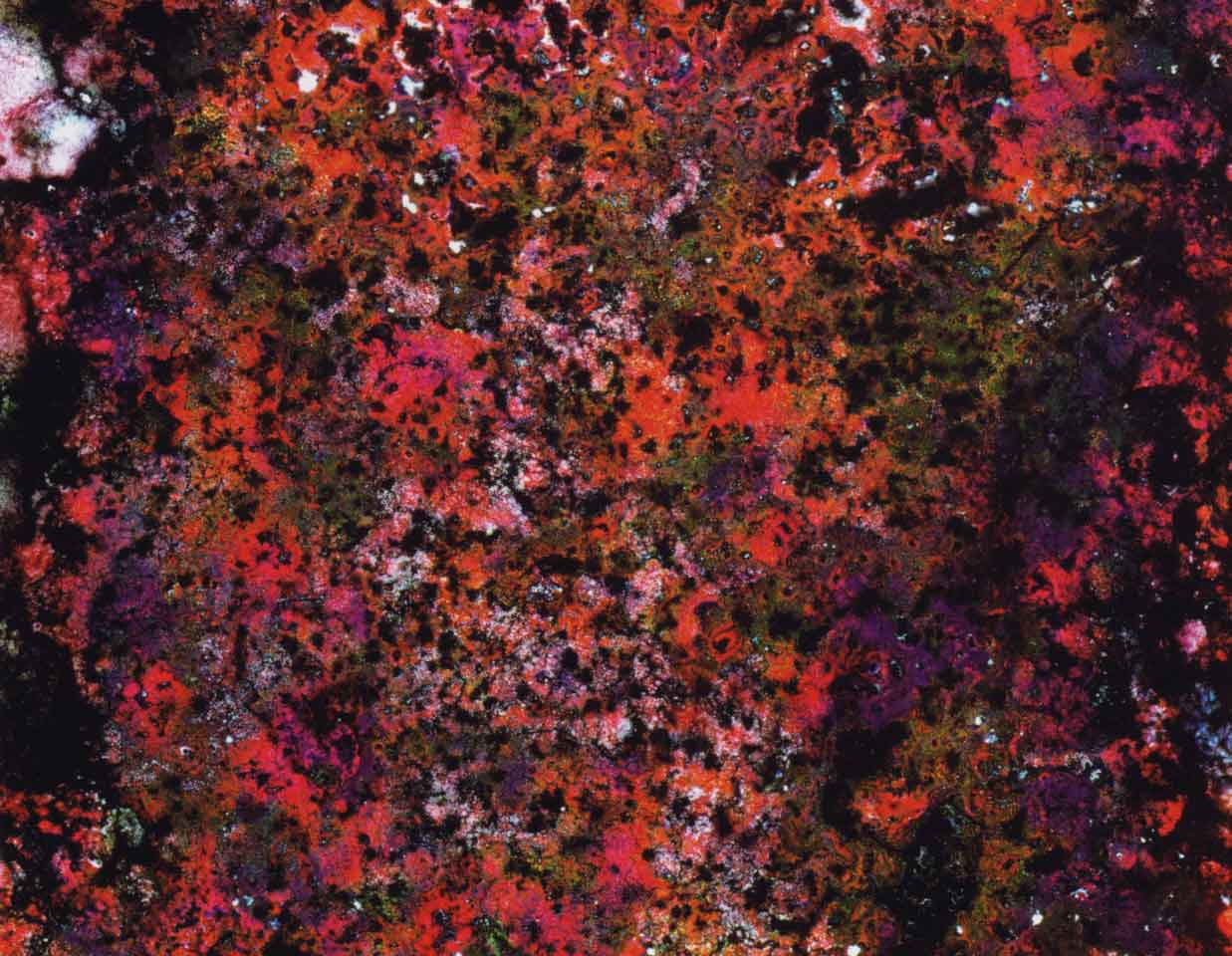 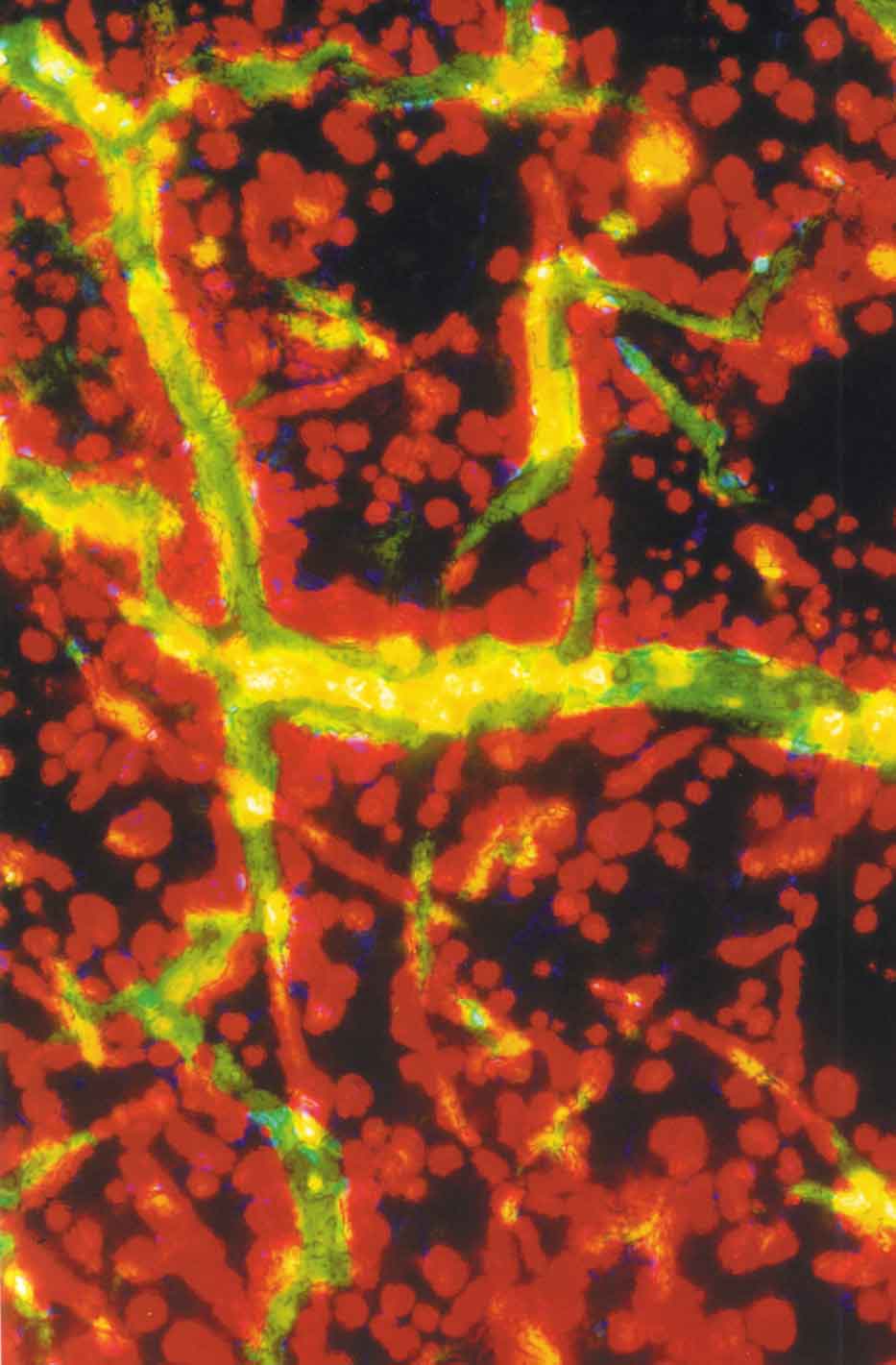 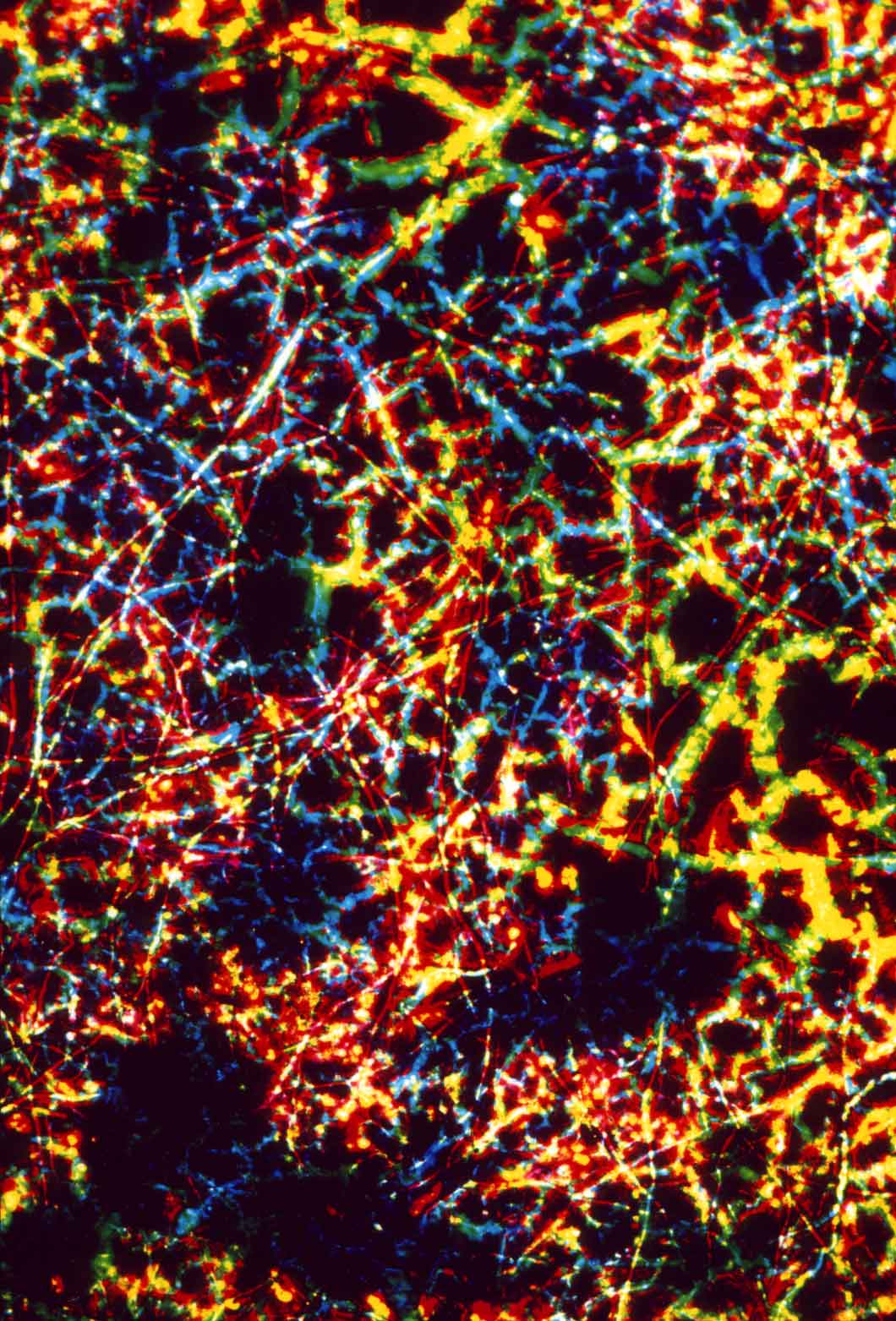 
Words and Artwork by Daro Montag 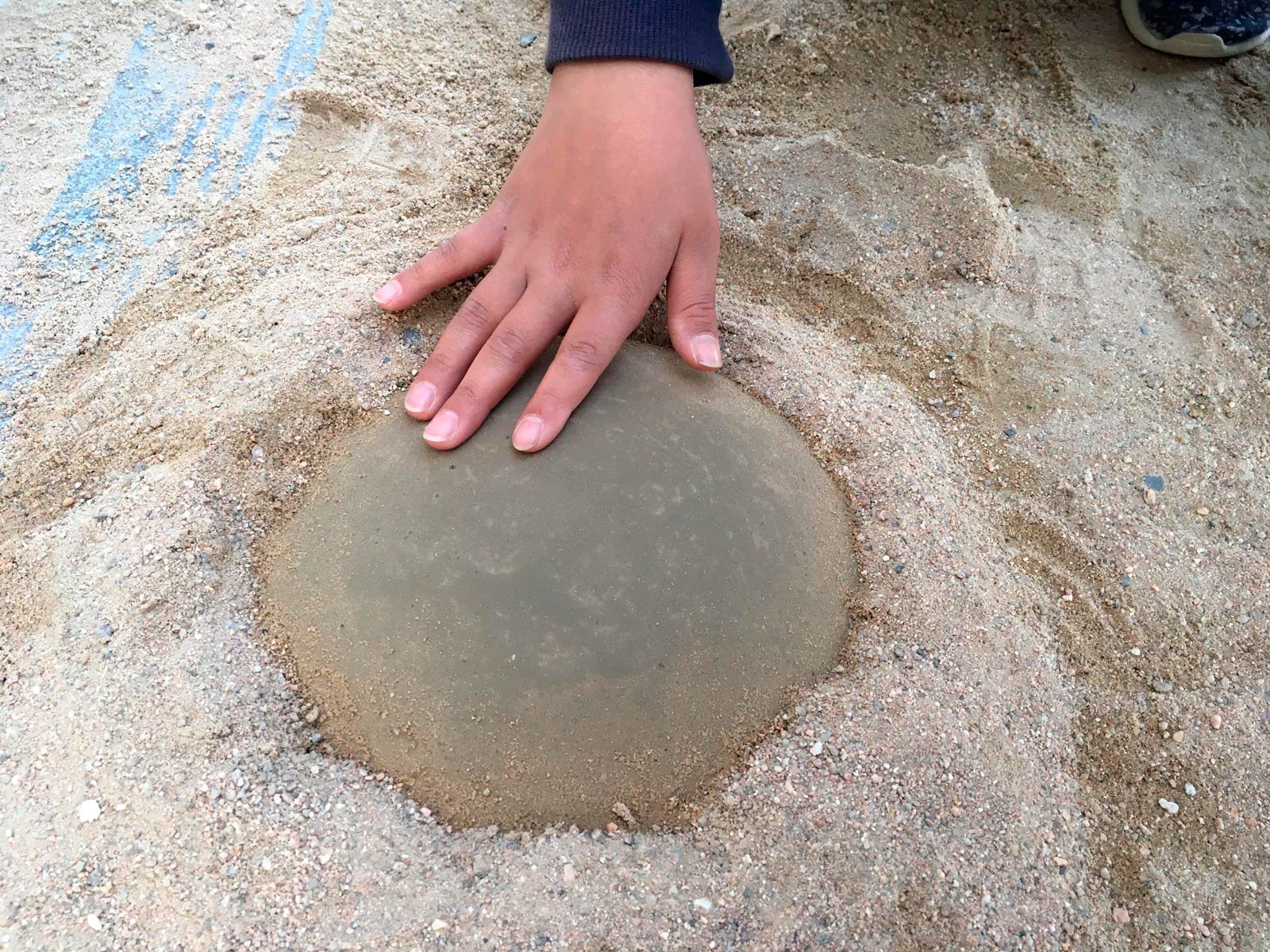